One Voice For Many: 'My Father's War' an emotional tribute 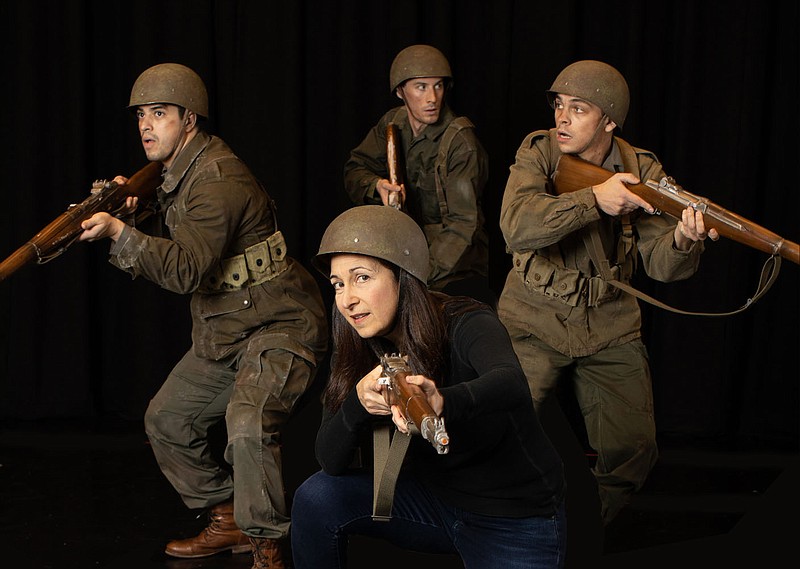 Some time ago, TheatreSquared co-founders -- and husband and wife -- Amy Herzberg and Robert Ford paid tribute to the men who lost their lives on D-Day by visiting Utah Beach in France. There were 4,414 Allied deaths confirmed from the battle, while the total number of estimated casualties is around 10,000. The site was of particular import to the couple because it was where Herzberg's father, Art -- a private in the 90th Infantry Division, Third Army -- landed on June 6, 1944, fighting his way from boat to beach, surrounded by immeasurable violence, carnage and death. Herzberg says she grew up hearing her father's stories about the war, but it was on that visit when the idea to honor her father and the men he fought alongside in a play first crystallized. That play would become "My Father's War," written by Ford, and first produced by TheatreSquared when it was still a fledgling theater company in 2009.

"I was in a phone booth in Normandy, talking with my dad back in Phoenix, asking questions and sharing details about the places Bob and I had seen -- and that's when Bob knew for sure that he would write this play," remembers Herzberg. "As soon as we got home, we started recording my father's stories, which was at times quite difficult. There was a moment when my dad was recounting a particularly awful event, when I thought we should absolutely not continue with the project, as I didn't want my dad to have to remember such a painful experience. My father, for his part, was very happy about the project. He has always felt it was his job to make sure these stories got told, since there were so many guys he served with who would never have the chance to share their stories."

"A number of times, the guy next to me got killed, and I didn't," Art Herzberg said in this newspaper last year. "For some reason, I was allowed to come home. If I don't talk for those men, who will?"

A revival of the show was on T2's schedule for spring 2020, but it was postponed because of covid-19, despite the fact that rehearsals were already in progress. Finally, the show is getting its due in a production that is on stage now at T2. Both playwright and actor say they're grateful for the opportunity to revisit the show, which is an emotional one for both.

"Having the opportunity to revisit this play after a spate of readings and productions a decade ago -- and to revise it for this production -- has been extraordinary," says Ford. "I'm incredibly grateful to my colleagues at T2 for the chance. I've been able to [work] a lot of the bugs out. That said, the words 'finished product' are anathema for a playwright. There's always another tweak lurking around the next corner (if not a dozen)."

"The telling of my dad's story feels deeper this time around," says Herzberg, "perhaps because my dad is older, or perhaps because our country seems to be in such a different place than before. But the play feels even more essential this time. The script has changed quite a bit -- new scenes, new understandings -- so there's been a lot more to explore. I'm so lucky to have these beautiful words to work with -- a combination of my dad's voice and my husband's. And I'm greatly fortunate, as well, to be working hand in hand with the many remarkable theater artists who have brought their enormous talents to this production."

Herzberg says her father -- who was present for the first production in 2009 -- will be seeing this version again and on his birthday; she hopes it will serve as "one of the best birthday presents ever." It's hard to think of a better gift for a father than a heartfelt tribute from his family, honoring his service to his country.

"All in all, writing this play brought me closer to my father-in-law than I ever would have gotten without it," says Ford. "Him saying to me at one point, 'You got it right,' has meant more to me than any compliment I've every received."

"I feel so greatly fortunate to be honoring my father in this way -- both his accomplishments and the huge-hearted way he has chosen to remember others whose lives were marked by the war," says Herzberg. "One of the most joyful things I can imagine is for everyone to know what a remarkable person my dad is, but, it also feels like an enormous responsibility -- making sure we get this right." 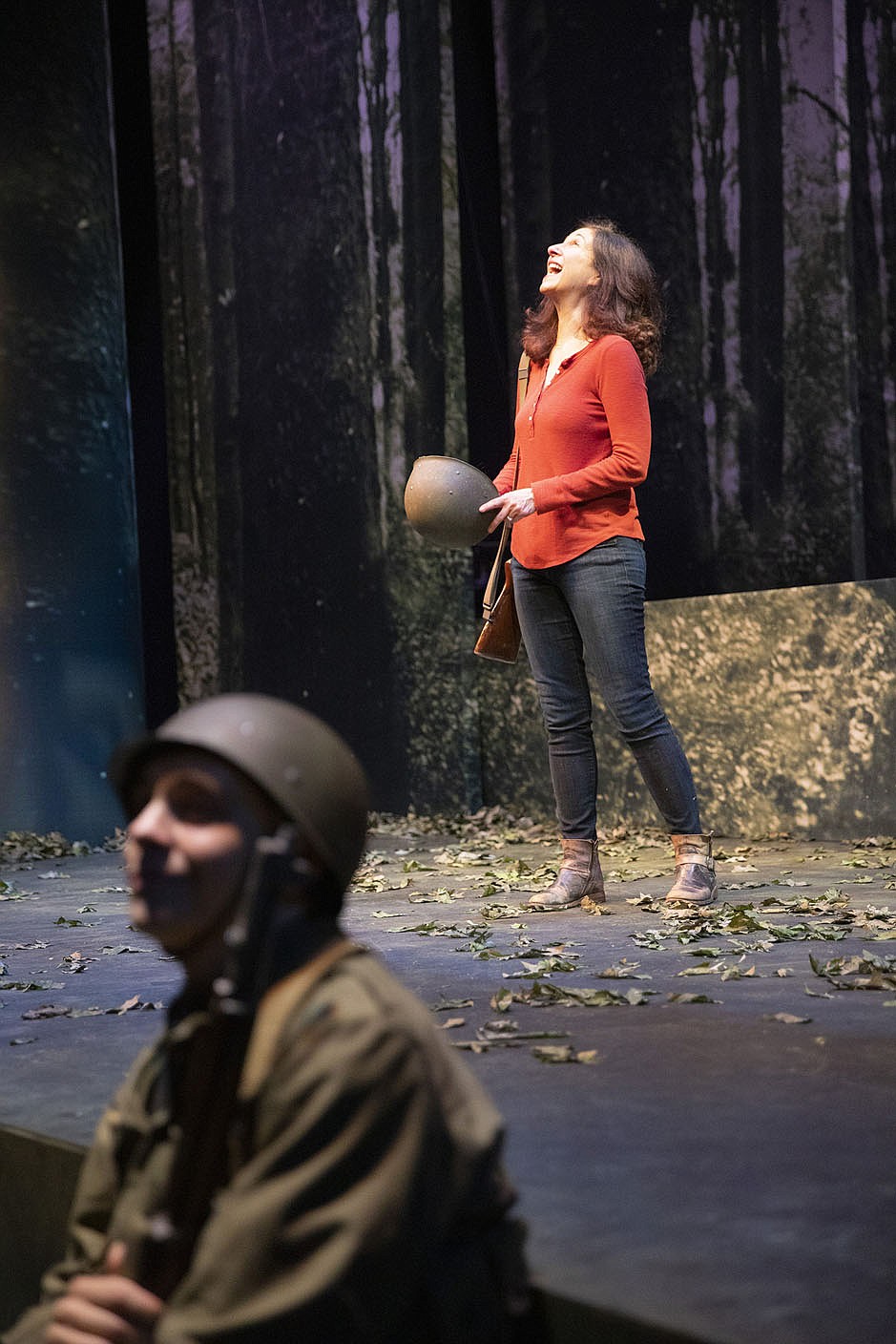 “In some respects, every play is personal,” says “My Father’s War” playwright Robert Ford of the challenges of writing such a deeply personal play. “It’s my feelings, my world view, my values on display up there. That said, this one is acutely personal. At a certain point in the writing of it, I had to remember that the character called Amy Herzberg in the play is ultimately a fiction. I had to stop asking myself, ‘What would Amy do?’ and instead make decisions about how ‘Amy’ would behave, what choices she would make, in service of the overall structure of the play. That aspect was incredibly difficult (and, in fact, I still mix up the two Amys in my head). What made this easy was the trove of amazing stories handed to me by my dad-in-law — vaudevillian, ironic, heartbreaking, deeply insightful. All I had to do was pick my faves and line them up in some sensible way, while discovering what it was that I wanted to say – which became the story that frames the play.” (Courtesy Photo/Wesley Hitt)
More News