Chat at funeral starts couple on path together 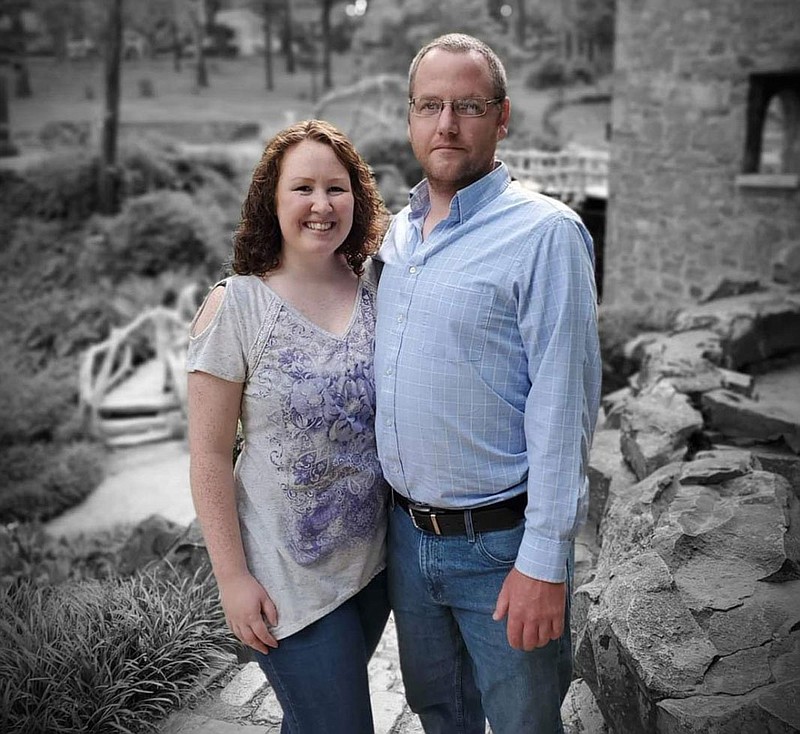 Kayla and Rayce Dauber grew up together but only got to know one another when she joined the choir in high school. They will celebrate their 10th anniversary in the fall. “I do tell everybody that she treats me way better than I deserve,” he says. (Special to the Democrat-Gazette)

Kayla Ragsdale's first memorable conversation with Rayce Dauber happened when she was 11 years old and he came to her mother's funeral.

"Really, my first conversation that I remember having with Rayce was him saying, 'I just felt like I needed to be here,'" she says.

They both went to school in the Fountain Lake School District. Rayce, two years older, was a friend of Kayla's sister, but he and Kayla had rarely interacted before that. A few years went by before they would talk again.

"For a brief minute, I was in choir," she says, adding that Rayce is an amazing singer.

Her being in choir gave them a chance to get acquainted.

"I still wasn't looking at him romantically," she says. "It was just like we were friends hanging out. It wasn't long after that when it kind of changed. It was like, 'Hey, he's kind of cute.'"

Kayla wasn't allowed to date at that age. Her father wouldn't allow her to go out until much later. Still, she and Rayce had an undeniable bond and spent as much time together as possible at school.

"We were an item," she says. "I really just think my dad was trying to protect my heart."

Kayla and Rayce were girlfriend and boyfriend for much of his junior and senior year. Kayla broke up with Rayce once though, a reaction to some sarcastic remarks he made. He was trying to be funny, he assures, but his jokes fell flat and her feelings were hurt.

After they broke up, she had another "at-school" boyfriend -- under the same strict no-dating rules -- for a while, and Rayce had another girlfriend.

"But I just had a feeling like this is the man I'm supposed to be with," she says of Rayce. "I actually wrote him a letter, pouring my heart out to him."

Rayce had graduated by then, so she gave the letter to someone else to pass on to him. Rayce read all six pages and then called her house.

Kayla was on the last page of a book her youth pastor had recommended called, "When God Writes Your Love Story," when the phone rang.

"It said something like, 'You've got the pen, you're writing my love story,'" she says, "and I heard my dad calling my name. It gives me chill bumps. When that happened we started talking again."

Their first real date was to her senior prom. Rayce wore a pinstripe suit in keeping with the event's gangster theme, a nod to Hot Springs' history. Kayla wore a black halter dress.

After graduation, Kayla went on to nursing school.

They played Twenty Questions, querying each other on a range of topics.

"I had at least one question every week when it was date time that I would ask her," Rayce says.

His question might be something as simple as what she liked to put on a hamburger.

"We just made it fun," she says. "We did that, obviously, just to get to know each other better."

They texted or talked on the phone throughout the week, still keeping the communication going.

They discussed marriage many times as she approached nursing school graduation and had long since decided they would wed when she was done.

Finishing her degree was one stipulation, Rayce says. Her learning to make gravy was another, they joke.

Her sister had learned to make gravy from their grandmother, and she passed the knowledge on to Kayla. Her sister took a picture of her stirring a skillet full of gravy and texted it to Rayce as proof.

"... Because we knew it was coming for so long," he concedes.

In June 2011, Kayla and Rayce drove to Mountain Harbor.

At the perfect moment for a proposal -- sitting on the dock, watching the sun set over the lake -- Rayce handed Kayla a jewelry box. Inside was a ring formed from a red twist tie.

"I put it on and I was like 'Oh, it's beautiful.' But then fast forward a week and we were at my grandmother's house having dinner," she says.

They were in the kitchen when he dropped to one knee and popped the question, and he gave her a real engagement ring.

Rayce and Kayla exchanged their vows on Oct. 22, 2011, at Gospel Light Baptist Church in Hot Springs.

"I do spoil him a lot. I cook for him, I iron his clothes ... if he wants something I do it and not because I have to but because I want to," Kayla says.

Rayce reminds himself often not to take advantage of her servant's heart.

"I do tell everybody that she treats me way better than I deserve," he says.

She says: “We were on a school bus when we were in elementary school.”

He says: “Her sister was my friend because we were the same age, but I didn’t really talk to Kayla.”

She says: “I felt like a princess. I wore my grandmother’s tiara and her veil that she wore when she got married.”

He says: “It was as perfect as perfect can be. I don’t think it could have gone any smoother. And her smile. Those are the two things I remember most.”

She says: “If he hurts my feelings I’m going to tell him. And I would want him to tell me. Communication is so important.”

He says: “If she wants something she tells me and if I want something I tell her. Communication is big.” 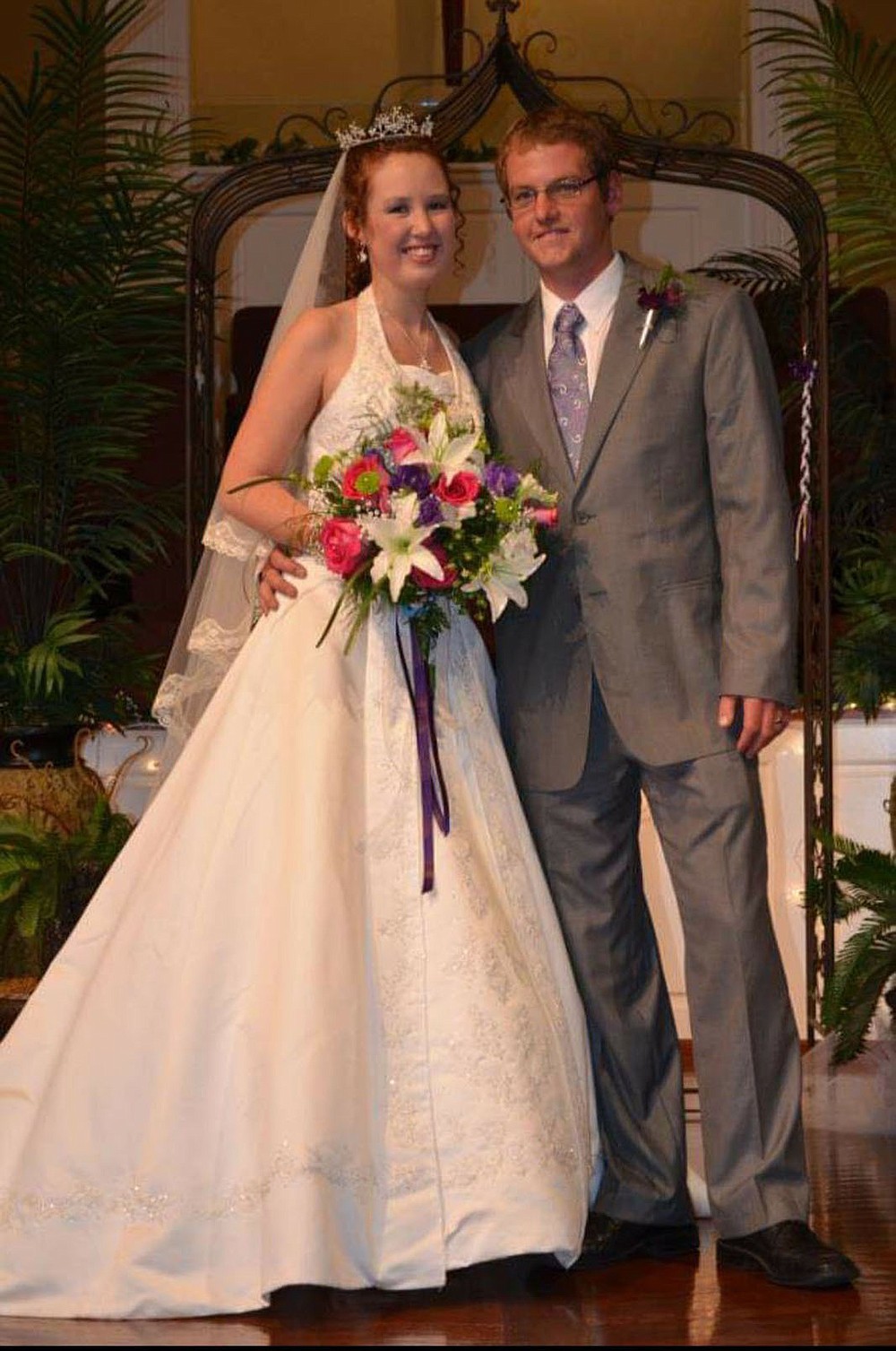 Kayla and Rayce Dauber were married Oct. 22, 2011. “My pastor told me to slow down and savor this day because this was the only day like this day I would get,” she says. “I really felt like a princess all day.” (Special to the Democrat-Gazette)
ADVERTISEMENT