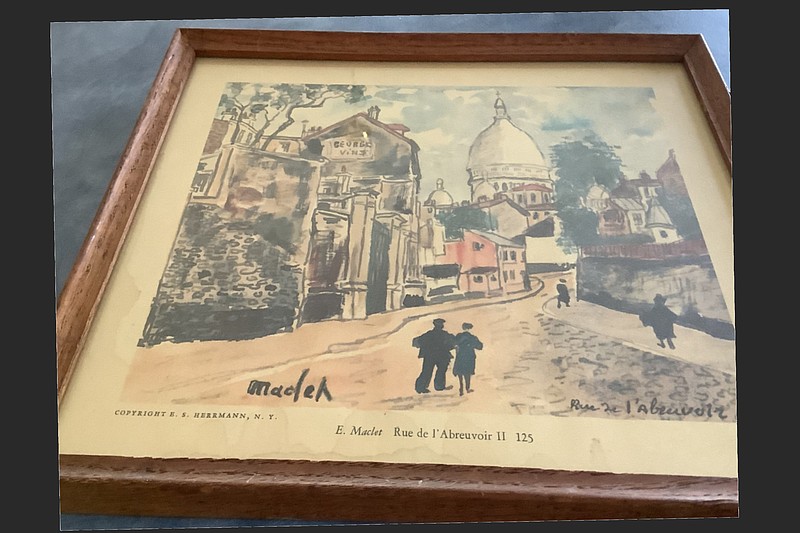 DEAR HELAINE AND JOE: I have photographed two prints for your attention. They were bought in Paris in 1956 or 1957. Hopefully, you can tell me if they have any monetary value. I am thinking about reframing them but do not want to do something to devalue them.

DEAR J.D.: Some prints can be very valuable, others not so much.

The valuable ones tend to be those done in small (often less than 25), limited editions, and signed by the famous artist who created the image. Of course, there are exceptions to this. Currier and Ives prints come to mind where rarity, condition, size and subject matter determine the value, which can be quite high and run into the multiple thousands of dollars.

John James Audubon prints also come to mind. The vast majority of these are worth very little, but the originals are highly sought after as are a few of the later editions, such as the ones made by Julius Bien, which are limited because production was interrupted by the American Civil War. There are thought to be only about 175 to 200 of each image in the double elephant folio (this refers to a size that is approximately 26 by 39 ½ inches) engraved by either Robert Havell or William Lizars (who did the first 10 images) in the early 19th century.

Now we come to the prints in today's question, which were made from images created by French artist Elisee Maclet, who was born in Lyon-en-Santerre, France in 1881 and died in Paris in 1962. Maclet is considered to be a "naive artist" because he had no formal artistic training except for some lessons from his parish priest.

In his younger years he worked with his father as a gardener, but in 1906 he moved to Paris — despite his father's objections — to pursue a career as an artist. He had something of a checkered career in that he had to use his talents doing odd jobs such as painting dolls and props that were used at the Moulin Rouge.

But Maclet also produced scenes of Paris, and in 1923 he acquired the patronage of the Austrian Baron von Fray, who financed Maclet's in a painting expedition in the south of France. Maclet returned to Paris in 1932 and continued to paint even though he suffered from a mental illness.

The Maclet prints belonging to J.D. were produced by E.S. Hermann of New York in an open — not limited — edition. These Maclet prints are widely available and have only a small value.

Maclet original paintings appear to sell in the $3,000 to $8,000 range but these mass-produced Hermann prints of his work do not inspire much collector interest. The examples belonging to J.D. are available for sale in the $15 to $35 range and we do not think their monetary value will rise to any great degree in the near future.

As for reframing them, J.D. should suit herself — as long as she uses acid free materials to prevent damage to the images and does not trim the margins.