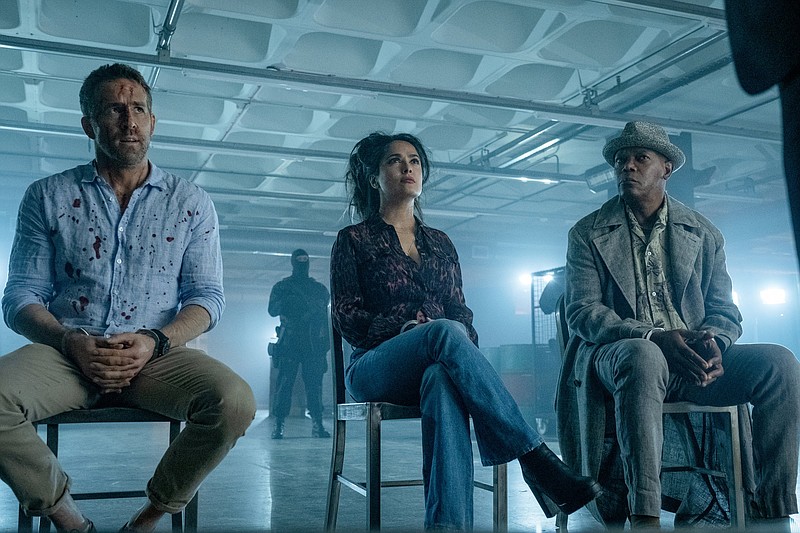 Running it back: Unlicensed bodyguard Michael Bryce (Ryan Reynolds), infamous international con artist Sonia Kincaid (Salma Hayek) and murderer for money Darius Kincaid (Samuel L. Jackson) fi nd themselves at the center of a global plot to do bad things in the action comedy “The Hitman’s Wife’s Bodyguard,” a sequel to 2017’s “The Hitman’s Bodyguard.”

Summer, with its usual array of superhero films, putative blockbusters, sequels and star vehicles, has never been my favorite movie season, but I sure missed it last year.

Normality is flooding back, maybe too suddenly for some of us. And barring some new disaster or a covid-19 resurgence, we will have a summer movie season in 2021.

It has already started, with "Cruella" and "A Quiet Place Part II" having opened to encouraging crowds in theaters over the Memorial Day weekend.

Hollywood wants us to believe it's back, and hopes pent-up demand for the theatrical experience will overwhelm any residual nervousness about venturing out in public. Most of the coming movies were finished before the pandemic and were delayed from opening in 2020, so any commentary on recent events is likely to be coincidental. They might also look a little weird, at least at first.

Finally, as we always warn consumers, everything is provisional and nothing is guaranteed. As we all know by now, opening dates can change. Some of these films might not open theatrically in your area. Other films we don't know about yet undoubtedly will. And keep in mind that we've not seen any of the movies yet. We looked them up online, the same way any interested party can.

Aside from "Spirit Untamed" (T) and "The Conjuring: The Devil Made Me Do It" (T, HMax), reviewed elsewhere in this section, German director Christian Petzold's "Undine," a modern reworking of the ancient myth about a water nymph who becomes human when she meets a man who loves her (but will die if he's unfaithful to her) is available On-demand. Think a darker "Splash," done as a suspense film.

"In the Heights": Lin-Manuel Miranda's first hip-hop musical -- the one he wrote before "Hamilton" -- comes to the big screen. It's about a New York City neighborhood, young love and lottery tickets. (T, HMax)

"Fatherhood": Kevin Hart goes emotional and heartwarming as a widower raising a child alone in this Netflix drama directed by Paul Weitz. (N)

"Luca": Pixar's PG-take on "Call Me By Your Name"? Probably not. It's about two sea monsters who disguise themselves as kids to enjoy a summer vacation in Italy. (D+)

"Peter Rabbit 2: The Runaway": I saw the first one of these and still have no idea what it is about. James Corden returns as the bunster. (T)

"The Sparks Brothers": Edgar Wright's documentary about Ron and Russell Mael, the brothers behind the long-running pop group Sparks. (T)

"Summer of '85": Francois Ozon's film also bears a superficial resemblance to "Call Me by Your Name" but is set in France instead of Italy. (T)

"Blue Bayou": Writer-director Justin Chon stars as a Korean man adopted as a child by a Louisiana family, who, after he marries a local woman (Alicia Vikander) and becomes stepfather to her daughter, discovers he's in danger of being deported to Korea. (T)

"The Forever Purge": In Texas, the purge never ends. With Josh Lucas and Will Patton. (T)

"The Tomorrow War": Chris Pratt and J.K. Simmons travel through time to fight a battle to save the past. (A)

"Zola": A stripper goes on a road trip to Florida. (T)

"Hotel Transylvania: Transformania": Adam Sandler is out as Dracula, replaced by Brian Hull, in what promises to be the last gasp of this animation franchise. (T)

"The Green Knight": David Lowery ("Pete's Dragon," "A Ghost Story") made this Arthurian spinoff which stars Dev Patel as a relative of the once and future king. (T)

"Jungle Cruise": Based on a Disneyland ride. With Emily Blunt and Dwayne Johnson. (T, D+)

"Nine Days": Winston Duke ("Us") is a recluse charged with interviewing souls looking for a chance to be reborn. (T)

"Stillwater": Our pick to click. Director Tom McCarthy, who made "Spotlight" and "The Visitor," wrote and directed this fact-based thriller based on the story of an Oklahoma man (Matt Damon) who travels to France to help his daughter (Abigail Breslin) after she's accused of murder. (T)

"CODA": Sian Heder's drama about a girl who's the child of deaf adults won the top prize at Sundance and is being touted as a likely Oscar contender. (T, A+)

"Don't Breathe Sequel": An honest title. Stephen Lang returns as the hammer-wielding Blind Man, who tends to get violent when folks break into his house. (T)

"Free Guy": Ryan Reynolds plays a character who is determined to escape the violent video game in which he's trapped. (T)

"The Meaning of Hitler" -- Documentary that explores our cultural fascination with the Nazi leader, and the ramifications of such a fascination on present day politics. (T)

"Reminiscence": In a near-future Miami flooded by rising seas, Hugh Jackman offers clients the opportunity to relive any memory they desire. This one customer, she's been through some bad stuff. Directed by Lisa Joy, who co-created HBO's "Westworld." (T, HMax)

"The Beatles: Get Back": Peter Jackson digs through the Beatles archives and unearths 56 hours of never-seen footage. He's showing us the best of that. Can't wait. (T, D+)

"Candyman": Jordan Peele ("Get Out") returns as co-writer of the horror classic remake that emphasizes a social justice angle. (T) 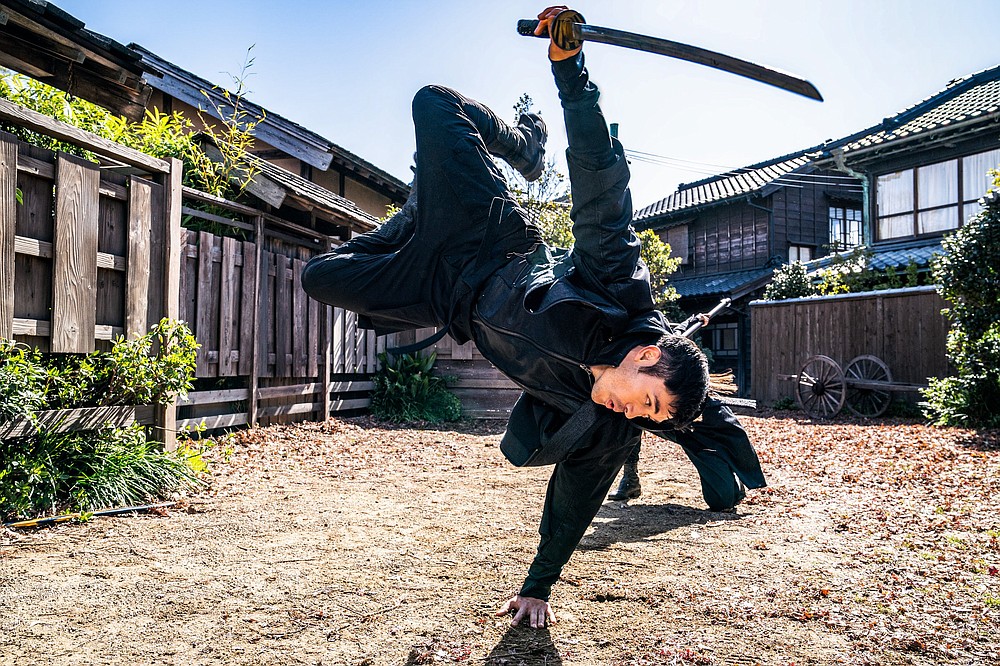 Henry Golding plays a loner welcomed into an ancient Japanese clan called the Arashikage after saving the life of their heir apparent in “Snake Eyes: G.I. Joe Origins.” 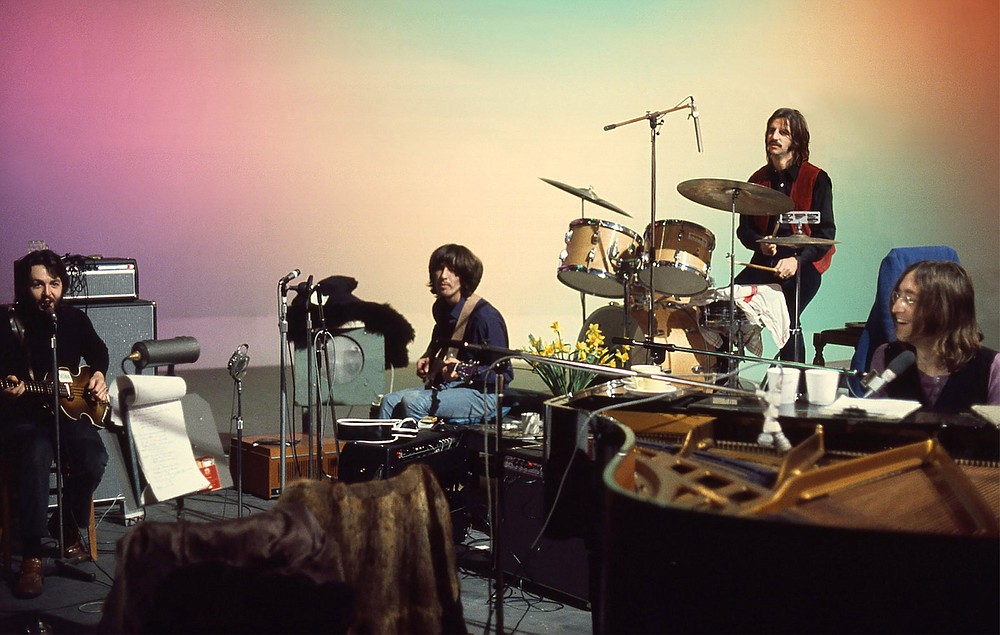 Come together: Paul McCartney, George Harrison, Ringo Starr and John Lennon are shown in a scene from Peter Jackson’s no-doubt lovingly restored “The Beatles: Get Back.” 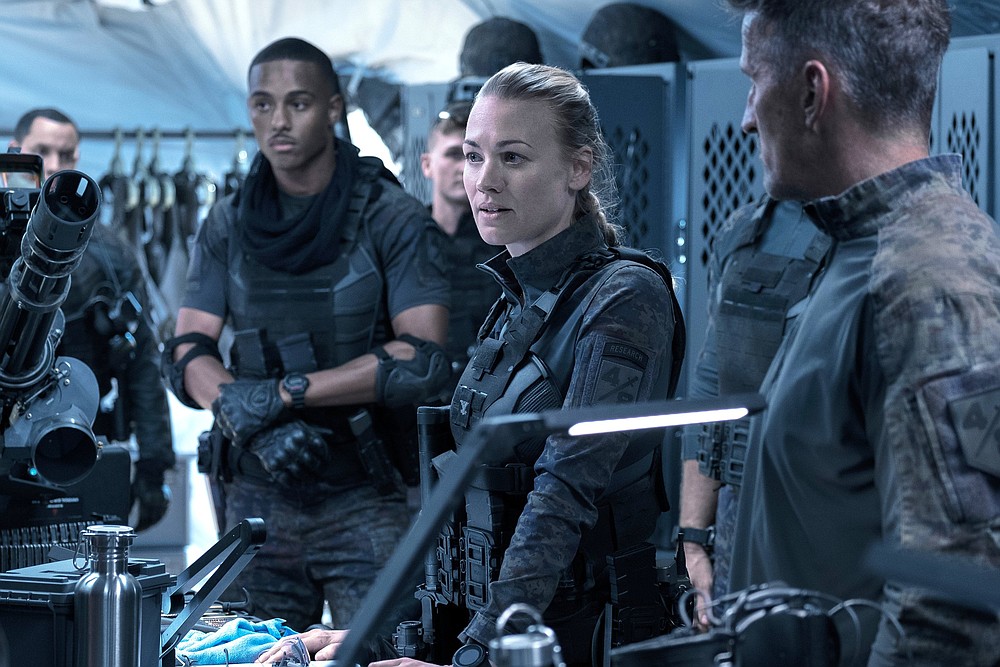