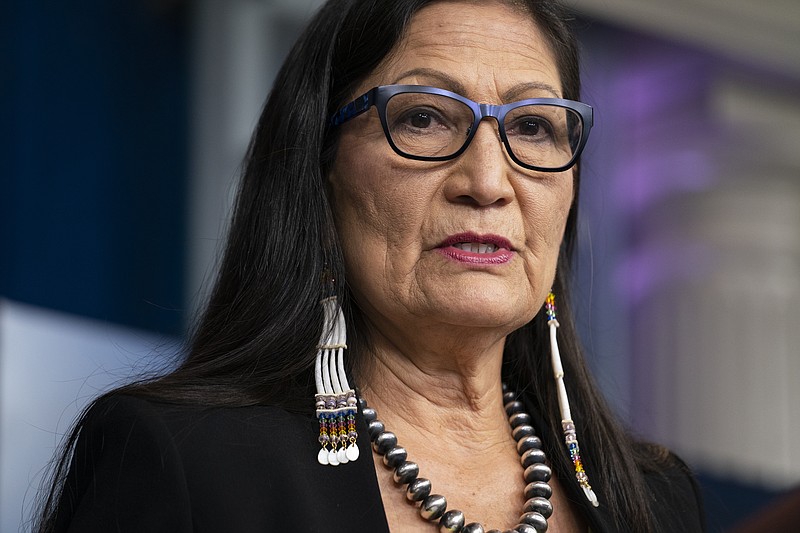 FILE - In this April 23, 2021, file photo, Interior Secretary Deb Haaland speaks during a news briefing at the White House in Washington. From the nation’s capitol to Indigenous communities across the American Southwest, top government officials, family members and advocates are gathering Wednesday, May 5, 2021, as part of a call to action to address the ongoing problem of violence against Indigenous women and children. Haaland and other federal officials are expected to commemorate the day. (AP Photo/Evan Vucci, File)

WASHINGTON -- The Biden administration on Tuesday suspended oil and gas leases in Alaska's Arctic National Wildlife Refuge, reversing a drilling program approved by the Trump administration and reviving a political fight over a remote region that is home to polar bears and other wildlife -- and a rich reserve of oil.

The Interior Department order follows a temporary moratorium on oil and gas lease activities imposed by President Joe Biden on his first day in office. Biden's Jan. 20 executive order suggested a new environmental review was needed to address possible legal flaws in a drilling program approved by the Trump administration under a 2017 law enacted by Congress.

After conducting a required review, Interior said it "identified defects in the underlying record of decision supporting the leases, including the lack of analysis of a reasonable range of alternatives" required under the National Environmental Policy Act, a bedrock environmental law.

The remote, 19.6 million-acre refuge is home to polar bears, caribou, snowy owls and other wildlife, including migrating birds from six continents. Republicans and the oil industry have long been trying to open up the oil-rich refuge, which is considered sacred by the indigenous Gwich'in, for drilling. Democrats, environmental groups and some Alaska tribes have been trying to block it.

Former President Bill Clinton vetoed a GOP plan to allow drilling in the refuge in 1995, and the two parties have been fighting over the region ever since.

Biden has opposed drilling in the region, and environmental groups have been pushing for permanent protections, which Biden called for during the presidential campaign.

The administration's action to suspend the leases comes after officials disappointed environmental groups last week by defending a Trump administration decision to approve a major oil project on Alaska's North Slope. Critics say the action flies in the face of Biden's pledges to address climate change.

The Justice Department said in a court filing that opponents of the Willow project in the National Petroleum Reserve-Alaska were seeking to stop development by "cherry-picking" the records of federal agencies to claim environmental review law violations. The filing defends the reviews underpinning last fall's decision approving project plans.

Bernadette Demientieff, executive director of the Gwich'in Nation Steering Committee, said in a statement that tribal leaders are heartened by the Biden administration's "commitment to protecting sacred lands and the Gwich'in way of life."

She thanked Biden and Interior Secretary Deb Haaland "for hearing our voices and standing up for our human rights and identity."

Kristen Miller, acting executive director of the Alaska Wilderness League, hailed suspension of the Arctic leasing program, which she said was the result of a flawed legal process under Trump. But more action is needed, she said, calling for a permanent cancellation of the leases and repeal of the 2017 law mandating drilling in the refuge's coastal plain.

The drilling mandate was included in a tax cut approved by congressional Republicans during Trump's first year in office. Republicans said it could generate an estimated $1 billion over 10 years, a figure Democrats call preposterously overstated. 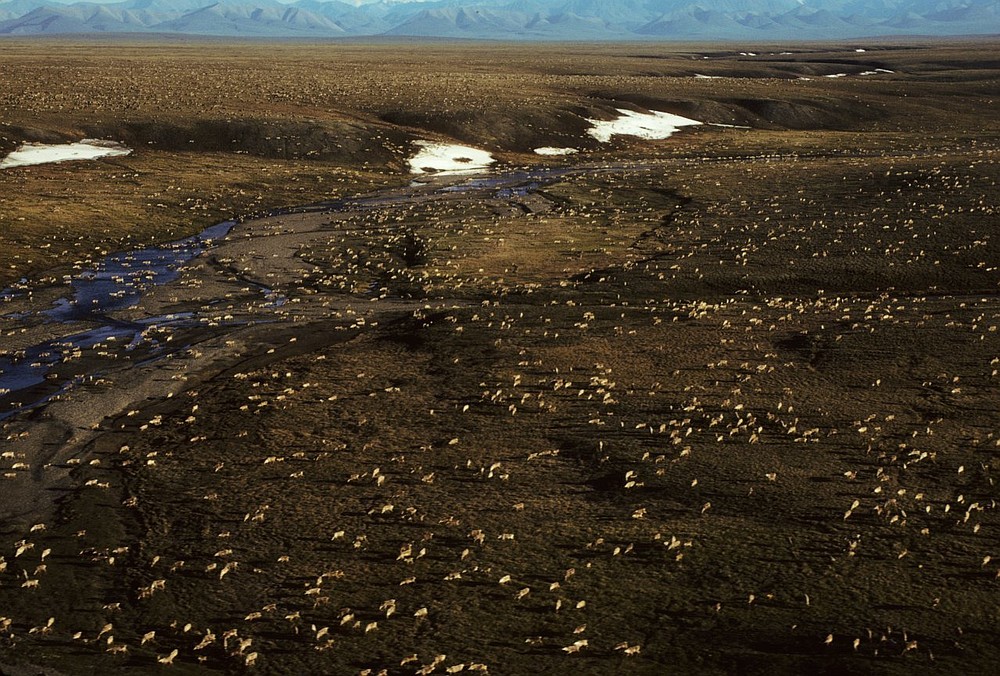