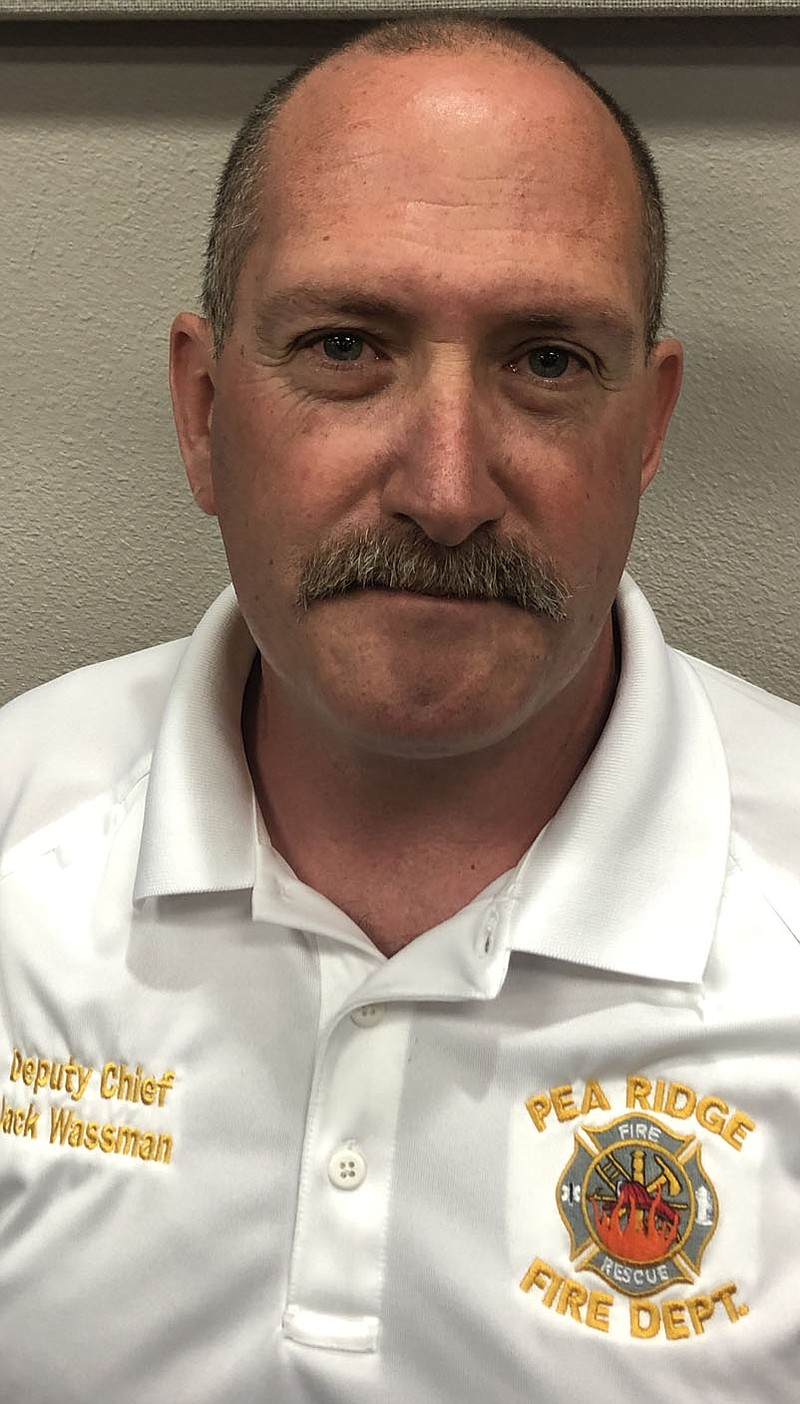 PEA RIDGE -- A second retirement is coming earlier than planned for Fire Chief Jack Wassman, who submitted his letter of resignation to Mayor Jackie Crabtree this past week.

He said he plans to resign effective June 30.

Wassman, 48, retired from the Rogers Fire Department in November and began working as the first full-time chief in Pea Ridge. He was named chief at Pea Ridge in July 2019 of the volunteer department.

An unexpected health situation caused Wassman to take time off in March and now is prompting his resignation.

Wassman, whose father died at 58, knows first-hand the impact of the loss of a father and said he has always told his staff family comes first. Now, he has to take his own advice.

"I have the opportunity to retire with a good retirement system and want to use my time to spend with my wife and children and grandchildren," he said. "I don't want to look back in five or 10 years and regret taking that opportunity."

"I love this community. I love this job. I love doing what I'm doing," he said.

"Family comes first -- that's a lesson I preach here. It's one now, based on recent medical events, that I have to take to heart," Wassman said.

Wassman's wife of 28 years, Rebecca, recently retired from teaching at Life Way Christian School for the past 12 years and together, they plan to enjoy their cattle farm and traveling. They have raised cattle for years and have about 100 head of Angus.

"We got engaged July 17, 1992, and were married one year later," he said. The couple have three grown children and one grandchild.

"My original plan was to be here 10 years," Wassman said of his position with Pea Ridge.

Wassman said he plans to continue helping see several projects to completion and hopes to help with the SAFER grant, if it's received, to transition the Fire Department from an all-volunteer department to a department with full-time firefighters in addition to the volunteers.

"We still have projects here I want to be involved in," he said. "I would like to see some projects through to the end and will volunteer to offer expertise."

He began a project to remodel the fire station, adding sleeping quarters and more office space and plans a work day for June 12.

"Everybody who is interested is welcome, even if it's just carrying out trash and helping clean," he said, saying he likes the idea of an old-fashioned, community project. The plan is to move a couple of walls and add a few walls. Anyone with carpentry or framing experience is also welcome.