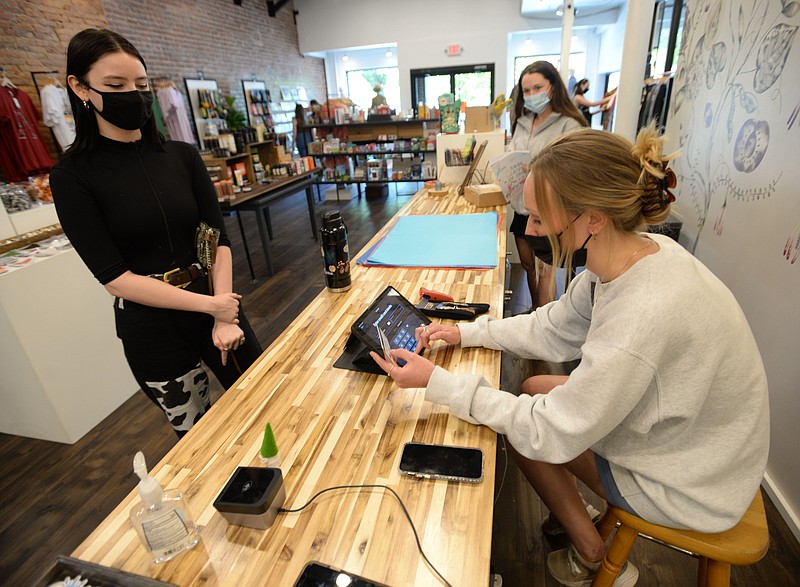 The most recent election has the tax lasting until June 2023. Administrators are asking the council to call for an Aug. 10 special election to extend the tax for another 10 years.

“If it does not pass, it’s going to take us a while to figure out what exactly we might do in the next budget cycle,” Mayor Lioneld Jordan said. “I don’t think I can express enough how critical it is that everybody rows in the same direction here on the sales tax election.”

Administrators are asking for an August special election, rather than waiting until the May 24 primary or Nov. 8 general election, to have enough time to plan in case the vote fails, Becker said. The administration would have to meet with the heads of each city department and drastically change the budget. Putting together a budget in the time remaining wouldn’t be feasible, he said.

Becker said other sources could not replace a revenue loss of that magnitude. The city would have to make cuts across the board to make up for it, he said.

For example, the $13.5 million for operations makes up about 27% of the city’s general fund revenue. Most of the general fund, more than 80%, goes toward personnel expenses. That’s about $40 million.

If the city cut the budget by 27% across all categories, then personnel expenditures would be reduced by about $11 million.

There are nearly 500 full-time equivalent positions paid for under the city’s general fund, and a 27% cut would result in about 150 city employees without jobs, according to Becker.

The $9 million for capital improvements goes toward street overlays, sidewalks, trails and equipment upgrades and replacements. The funding source for those projects would disappear Becker said.

The four major cities in Northwest Arkansas all have the same 2% city sales tax rate.

However, the overall tax amount at the register varies.

Fayetteville has a 10% total sales tax rate. One penny of the 2% city sales tax is the one up for continuation. Voters continued the other penny in an April 2019 special election. Revenue goes toward paying off bonds for capital projects that voters approved in that same election.

Washington County’s sales tax rate is 1.5%. County voters in March 2020 approved a 0.25% increase to pay for a new radio system, but the increase will expire in July after one year, bringing the overall county tax rate down to 1.25%.

Fayetteville also has a 2% hotel, motel and restaurant sales tax. Half of the revenue goes to tourism and the other half goes to parks. Spring-dale’s overall sales tax rate is the same as Fayetteville’s, although its 2% tourism tax is for lodging only.

Benton County’s sales tax rate is 1%. Rogers and Benton-ville each have their own 2% city sales tax.

With the 6.5% state tax, that brings the overall sales tax rates in Rogers and Bentonville to 9.5%.

Bentonville also has a 2% hotel, motel and restaurant sales tax, while Rogers has a 3% lodging only tax.

The 1% city sales taxes in Springdale, Rogers and Bentonville are continuous and don’t require voters to renew them by a certain date, according to finance officials in those cities.

Sales tax revenue serves as the primary source of money for cities in Arkansas, said Mark Hayes, executive director of the Arkansas Municipal League. Decades ago, the state Legislature made a policy to have sales tax primarily pay for municipal government operations. Cities get a little bit of revenue from property taxes, but not nearly enough to run an entire operation, he said.

“That’s the policy we have right now,” Hayes said. “If the Legislature decided to make some changes, you could have a more broad-based tax policy. But that would require legislative action.”

How a city manages its sales tax levy varies widely, Hayes said. Sometimes, cities ask for a temporary increase to pay for a specific project. Other times, the tax could expire after a set number of years, or not at all unless a city’s administration repeals it, he said.

Jordan said as far as having a continuous tax, he believes residents ought to have a chance to shape their government. Although, he said, he could do without the stress that putting one of the city’s primary sources of revenue on the line every 10 years brings.

This year’s election would mark the third time Jordan has seen the 1% city sales tax go before voters as an elected official, first as a council member in 2002 and as mayor in 2011.

“I have certain guiding principles where I believe the people need to weigh in,” he said. “I think it’s important for them to have a voice in government, which means they get a vote. I hope the people can see what we’re doing.”

Join online via Zoom by going to fayetteville-ar.gov and clicking on “Participate in public meetings.”

To watch the meeting live, go to youtube.com/cityoffayettevillear or tune into Channel 216 with Cox or Channel 99 on AT&T U-verse.

Sales taxes for the four major cities in the region are as follows: