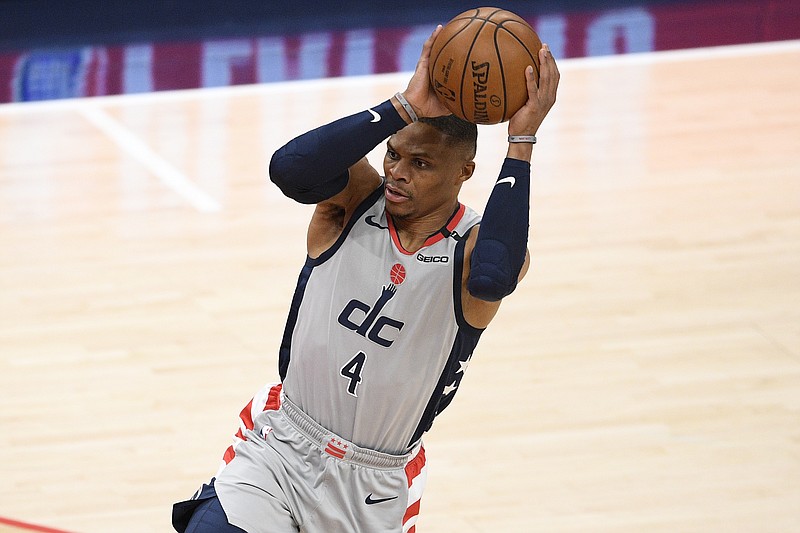 FILE - In this May 29, 2021, file photo, Washington Wizards guard Russell Westbrook works with the ball in Game 3 in a first-round NBA basketball playoff series against the Philadelphia 76ers in Washington. (AP Photo/Nick Wass, File)

According to two people with knowledge of the deal, the Lakers are trading Kyle Kuzma, Kentavious Caldwell-Pope and Montrezl Harrell to Washington for Westbrook, who is a Los Angeles native and helped lead UCLA to a pair of Final Four appearances. The Lakers had the 22nd overall pick in Thursday's draft and selected Jackson, a 6-11 forward from Kentucky.

The people spoke to The Associated Press on condition of anonymity because the deal can't be officially announced until Aug. 6, when the salary cap becomes official and teams can also begin making moves for the upcoming season. The Lakers will also receive second-round picks from the Wizards in 2024 and '28.

This is the second time in three years that the Lakers have made a significant offseason trade. They acquired Anthony Davis from New Orleans in 2019 for Lonzo Ball, Brandon Ingram, Josh Hart and three first-round draft picks.

Westbrook is the league's career leader in triple-doubles with 184 and gives the Lakers another playmaker to pair with All-Stars LeBron James and Davis. Los Angeles won the NBA title in 2020 but struggled during the second half of this season when James and Davis were both out of the lineup due to injuries.

The Lakers fell to the seventh seed in the Western Conference and beat Golden State in the play-in game to make the playoffs before they were eliminated by the Phoenix Suns in six games. Davis missed 30 regular-season games due to leg injuries and then the final 2 1/2 games against Phoenix with knee and groin ailments. James was out for 26 games in the regular season with a high right ankle sprain.

Dennis Schroder played the point last season, and averaged 15.4 points, but he turned down an extension during the regular season to test free agency.

The 32-year old Westbrook was drafted by Oklahoma City in 2008 and spent his first 11 seasons with the Thunder. He was traded to Houston in 2019 and then dealt to Washington last season.

In his lone season with the Wizards, he averaged a triple-double (22.2 points, 11.5 rebounds and 11.7 assists) for the fourth time in his 13-year career. He had 38 triple-doubles in 65 regular-season games as Washington made the playoffs for the first time since 2018. 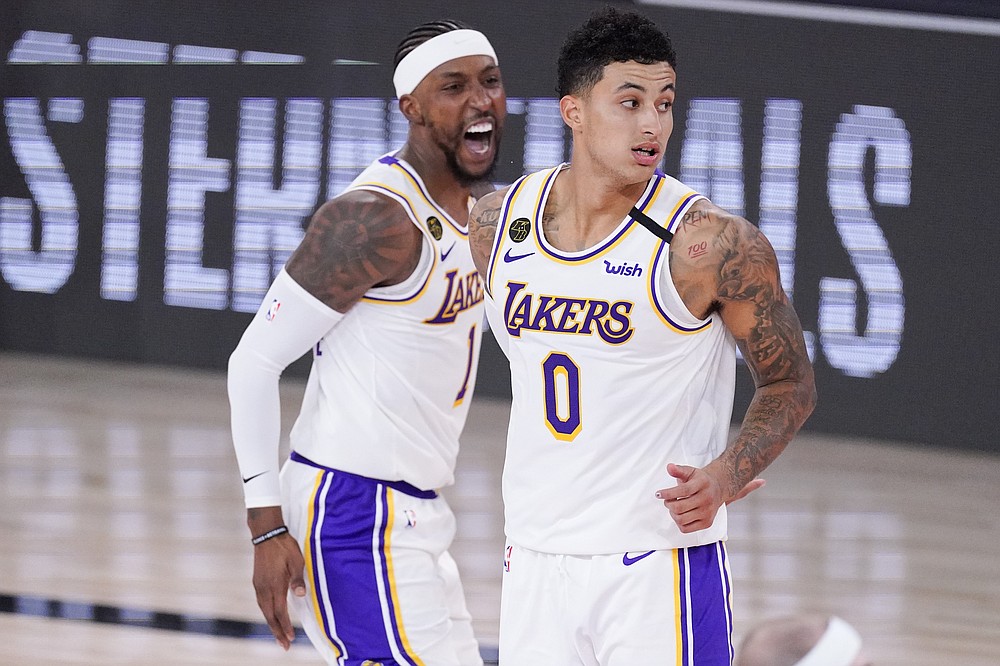 FILE - In this Sept. 12, 2020, file photo, Los Angeles Lakers' Kentavious Caldwell-Pope, left, and Kyle Kuzma celebrate in the closing minutes of the team's win over the Houston Rockets in an NBA conference semifinal playoff basketball game in Lake Buena Vista, Fla. The Lakers are acquiring All-Star point guard Russell Westbrook from the Washington Wizards for three players and this year's first-round draft pick. According to two people with knowledge of the deal, the Lakers are trading Kuzma, Caldwell-Pope and Montrezl Harrell to Washington for Westbrook. (AP Photo/Mark J. Terrill, File) 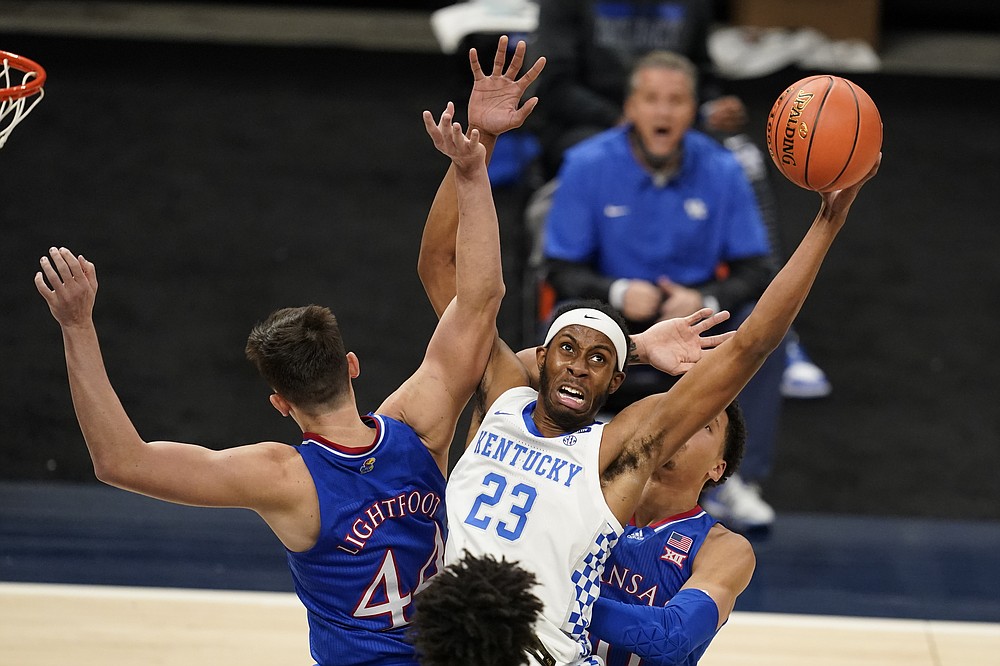 FILE - In this Dec. 1, 2020, file photo, Kentucky's Isaiah Jackson (23) grabs a rebound next to Kansas' Mitch Lightfoot (44) during an NCAA college basketball game in Indianapolis. Jackson was selected in the first round of the NBA draft Thursday, July 29. (AP Photo/Darron Cummings, File)