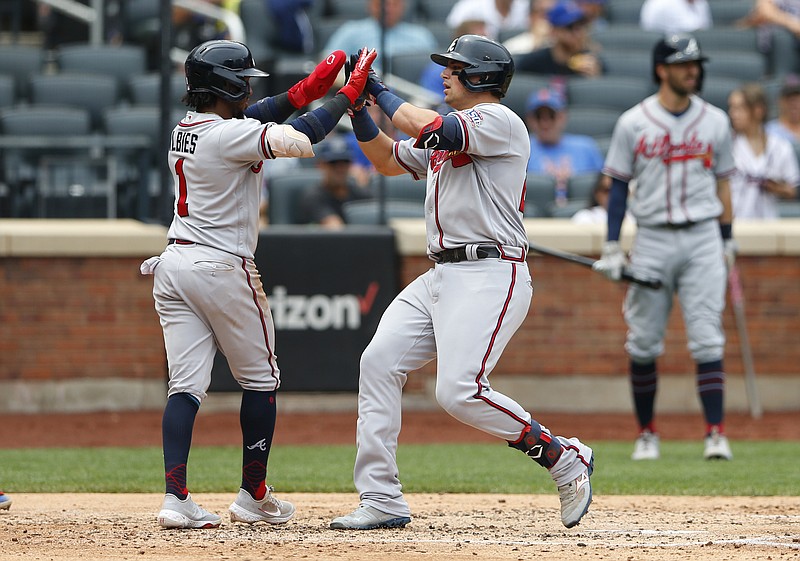 NEW YORK -- Austin Riley concluded his big week at Citi Field by hitting a two-run home run and finishing with three RBI, and the Atlanta Braves inched closer to the NL East-leading New York Mets with a 6-3 victory on Thursday.

The Braves won three games in the unusual four-day, five game series to move within four games of the Mets. Atlanta gave up a combined three runs in the two losses.

"These guys just kept getting after it," Braves Manager Brian Snitker said. "We pitched really well this series. It's big, obviously. You say that you come in and it's five games against a team that you're chasing, it's good to win the series."

Riley made it 2-0 in the fourth when he took Taijuan Walker deep to left-center. He added an RBI single in the fifth. Riley had four home runs and seven RBI in the last three games of the series, and has eight longballs in 20 career games at Citi Field.

It took Mets nemesis Chipper Jones 28 games to hit eight home runs at Shea Stadium, which was across the street from Citi Field. One of Jones' sons is named Shea, but Riley isn't ready to christen a kid "Citi."

"Not quite yet," Riley said. "I've got to hit a few more homers before I think of that."

The 24-year-old also made a handful of impressive plays this week at third base. He snared a sharp grounder by J.D. Davis to rob the Mets' third baseman of a third-inning hit on Thursday.

Abraham Almonte and Dansby Swanson also homered for the Braves, who have yet to climb over .500 this season but haven't been more than 7 1/2 games behind the Mets.

GIANTS 5, DODGERS 0 Brandon Crawford doubled home two runs in his first at-bat after coming back from a left oblique strain and San Francisco took two of three from Los Angeles.

NATIONALS 3-8, PHILLIES 1-11 Max Scherzer delivered a signature performance in what might be his last start for Washington, allowing three hits in six innings in the opener of a doubleheader split with Philadelphia. In the second game, Brad Miller hit a grand slam in the eighth inning off Sam Clay to give Philadelphia the win. The Nationals jumped ahead 7-0 before the Phillies rallied. 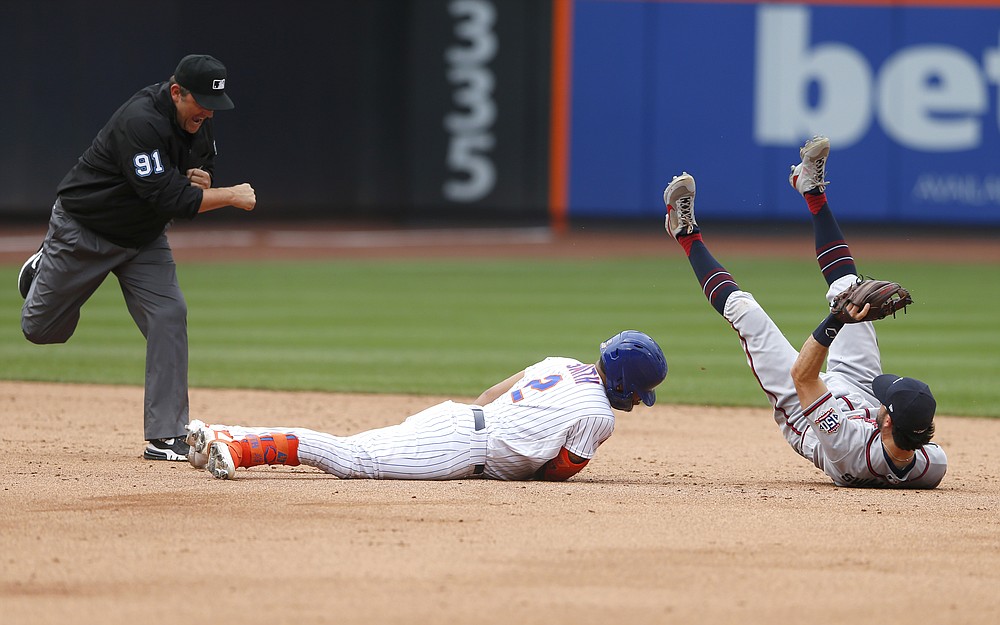 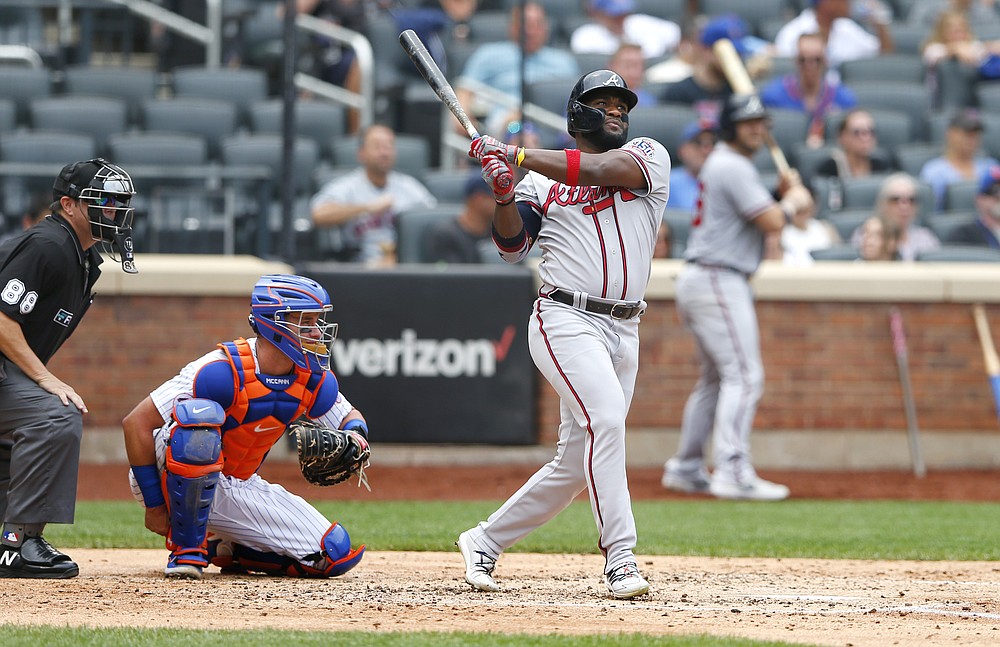 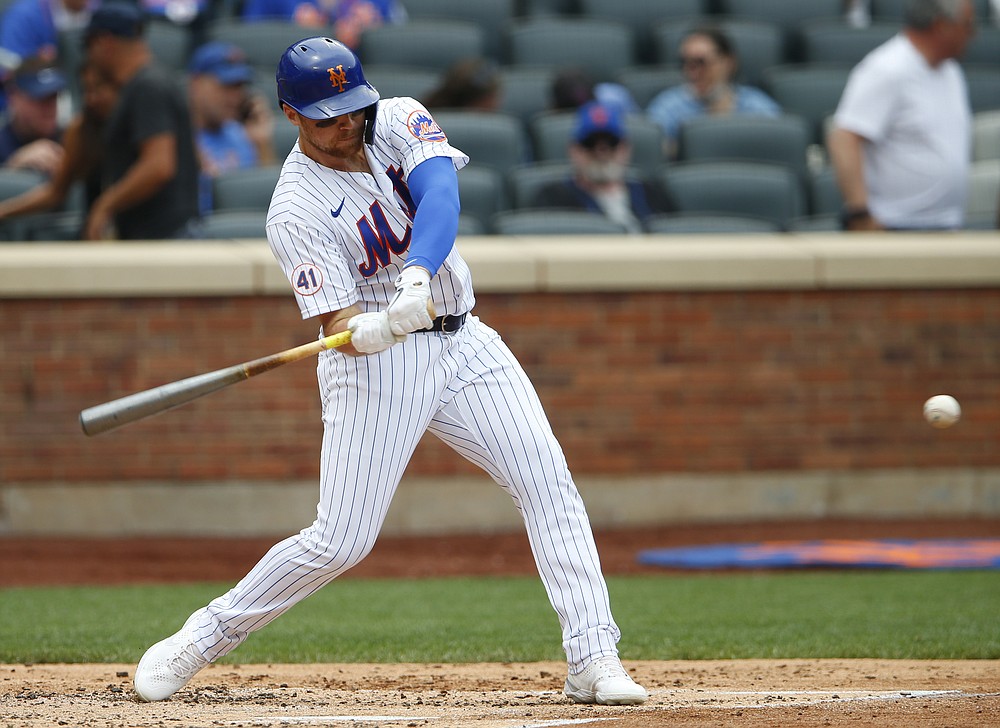 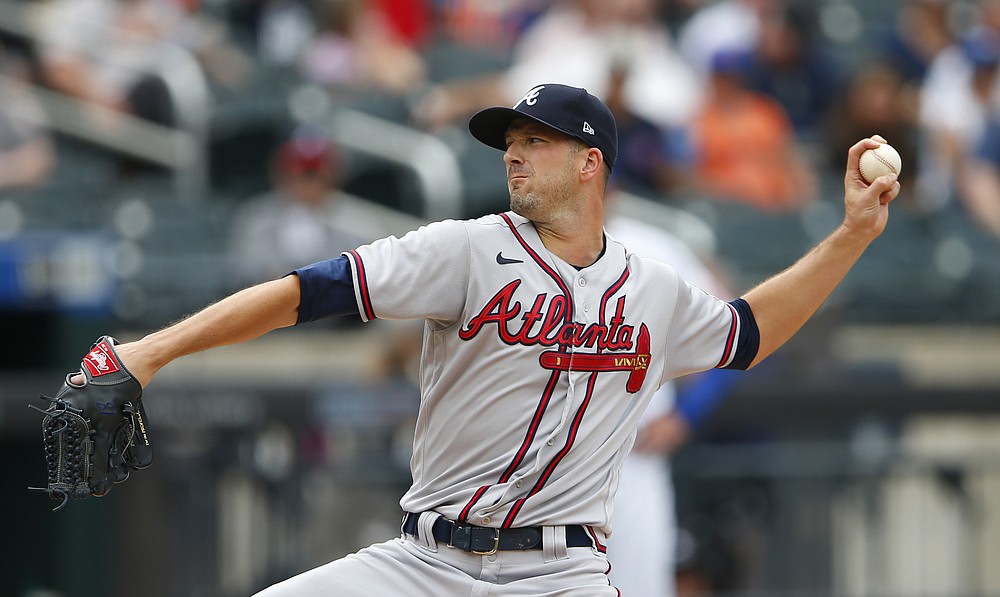