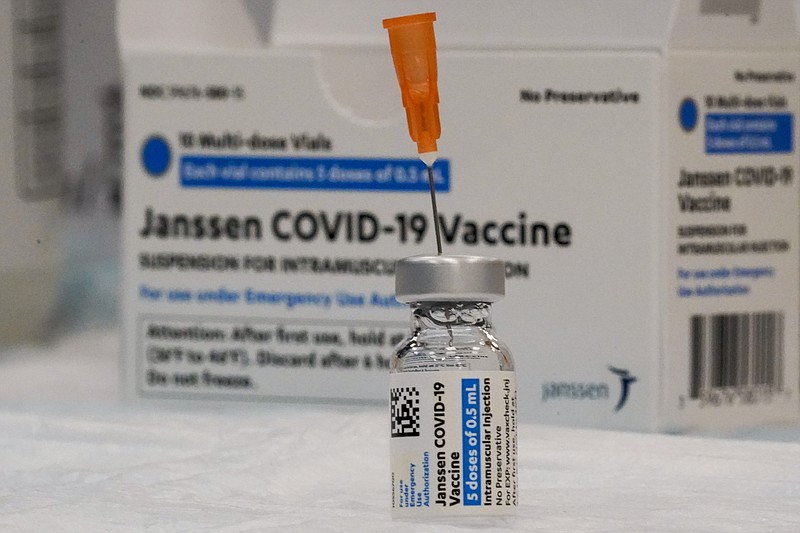 FILE - In this April 8, 2021 file photo, the Johnson & Johnson COVID-19 vaccine is seen at a pop up vaccination site in the Staten Island borough of New York. The U.S. Food and Drug Administration is allowing the problem-plagued factory of contract manufacturer Emergent BioSolutions to resume production of COVID-19 vaccine bulk substance to resume, the company said Thursday, July 29. The Baltimore factory was shut down by the FDA in mid-April due to contamination problems that forced the company to trash the equivalent of tens of millions of doses of vaccine it was making under contract for Johnson & Johnson. (AP Photo/Mary Altaffer, File)

The U.S. Food and Drug Administration is allowing the problem-plagued factory of contract manufacturer Emergent BioSolutions to resume production of covid-19 vaccine, the company said Thursday.

The Baltimore factory was shut down by the FDA in mid-April because of contamination problems that forced the company to trash the equivalent of tens of millions of vaccine doses it was making under contract for Johnson & Johnson. The bulk vaccine was contaminated with an ingredient for AstraZeneca's covid-19 vaccine, which was being made in the same factory.

The process of restarting operations began Thursday, but it will take time for the factory to ramp up and regain its production level, said Emergent spokesman Matt Hartwig.

Since April, FDA inspectors have combed the factory and reviewed security camera footage to identify lapses in handling material in the factory and worked with Gaithersburg, Md.-based Emergent to resolve a host of problems, including unsanitary conditions and poorly trained workers.

The agency also has been reviewing data on months' worth of vaccine substance made in the factory and has allowed several large batches of vaccine doses made from it to be released for distribution.

Emergent is one of several Johnson & Johnson contractors that produce its one-shot vaccine in bulk. The concentrated vaccine then is shipped to other factories for final steps, including diluting it to the correct strength, putting it in vials and packaging them up.

The lapses at the factory have hampered Johnson & Johnson's efforts to be a major player in vaccinating people, particularly in remote areas and poor countries, given that it's the only drugmaker with an authorized vaccine that requires a single dose and standard refrigeration. It's also cheaper than some other vaccines.

The productions problems have forced Johnson & Johnson to import millions of doses from its factory in the Netherlands to the U.S. and to miss supply commitments.

Emergent's factory had a history of FDA citations for problems including mold, dirty walls and floors, poorly trained employees and an inadequate strategy to prevent contamination, yet it was given a huge role in covid-19 vaccine production by the Trump administration. Emergent was handed a lucrative contract to make many millions of vaccines for both Johnson & Johnson and AstraZeneca at the Baltimore factory.

The Biden administration has been working to find a different American manufacturing partner for British drugmaker AstraZeneca, whose vaccine isn't authorized for distribution in the U.S.