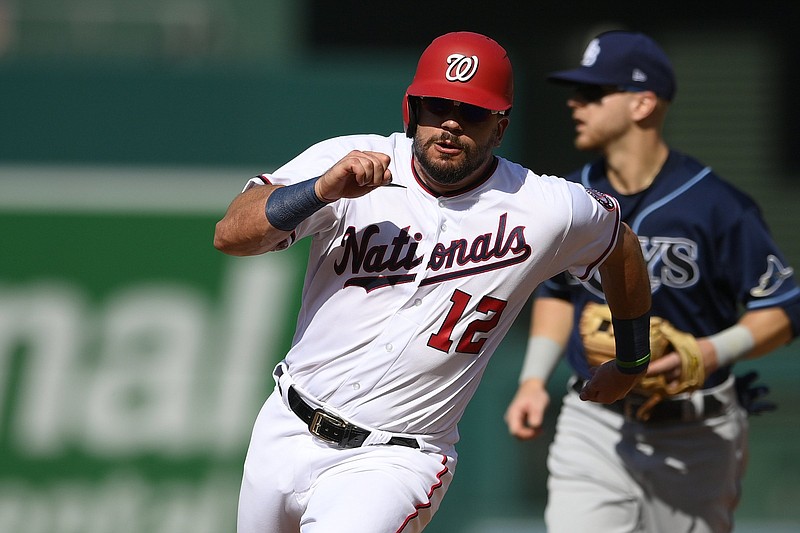 All-Star slugger Kyle Schwarber, in his first season with the Washington Nationals, was traded to the Boston Red Sox on Thursday. Schwarber has 25 home runs and 53 RBI in 72 games. (AP/Nick Wass)

The trade was announced after the AL East-leading Red Sox lost to Toronto 13-1 at Fenway Park. Boston is 1 1/2 games ahead of Tampa Bay.

Schwarber had just finished a historic home run barrage when he strained his right hamstring on July 2. The left-handed hitter has been on the injured list since then, but could be playing again within a couple weeks.

The 28-year-old outfielder was off to a smashing start in his first season with Washington, hitting 25 home runs with 53 RBI in 72 games. He was chosen as an All-Star for the first time, but unable to play in the showcase event.

Schwarber tied a major league record by hitting 12 home runs in a 10-game span from June 19-29. He also set a record for a leadoff hitter for home runs in a month, connecting 15 times to start games in June.

With Boston, Schwarber could see time in the outfield and also at designated hitter, where J.D. Martinez usually fills the role for the Red Sox.

On Wednesday, the Yankees announced they had gotten All-Star slugger Joey Gallo from Texas.

Rizzo is batting .248 with 14 home runs and 40 RBI. The 31-year-old had been a fixture at Wrigley Field for a decade, and helped the Cubs break their long World Series drought with a championship in 2016.

Popular in the clubhouse and with Cubs fans, Rizzo didn't play in a 7-4 loss at home to Cincinnati on Thursday. The three-time All-Star and four-time Gold Glove winner is making $16.5 million this year and can become a free agent after the season.

The Yankees sent right-hander Alexander Vizcaino and outfielder Kevin Alcantara to the Cubs.

Cleveland traded second baseman Cesar Hernandez to the first-place White Sox on Thursday for minor league pitcher Konnor Pilkington -- a move that signals the Indians are conceding the division.

"We made the trade that we felt made the most sense for us and this is the direction we went," Indians president of baseball operations Chris Antonetti said. "Just as we tried to be realistic in assessing where we are, we're going to continue to do our best to win as many games as possible.

"But the reality is the White Sox are a number of games in front of us and we're intent on improving. If they didn't acquire Cesar, we were pretty confident they were going to acquire another talented player from another team."

The White Sox also traded for reliever Ryan Tepera of the Cubs on Thursday. Tepera is 0-2 with a 2.91 ERA and 50 strikeouts in 43 1/3 innings this season.

The Seattle Mariners quickly found a replacement for the back end of their bullpen, acquiring right-hander Diego Castillo from the Tampa Bay Rays for reliever JT Chargois and a minor league infielder.

Castillo will likely jump into the closer role that was vacated when the Mariners traded Kendall Graveman to the Houston Astros earlier in the week. But unlike Graveman, who will be a free agent after the season, the Mariners gain a significant amount of control for the future with the acquisition of Castillo.

Castillo, 27, has 14 saves in 37 appearances and a 2.72 ERA this season for the Rays. He had a 1.66 ERA in 21 appearances during the shortened 2020 season for Tampa Bay. Castillo also appeared in 10 postseason games last year for Tampa Bay and allowed two earned runs in 11 innings. 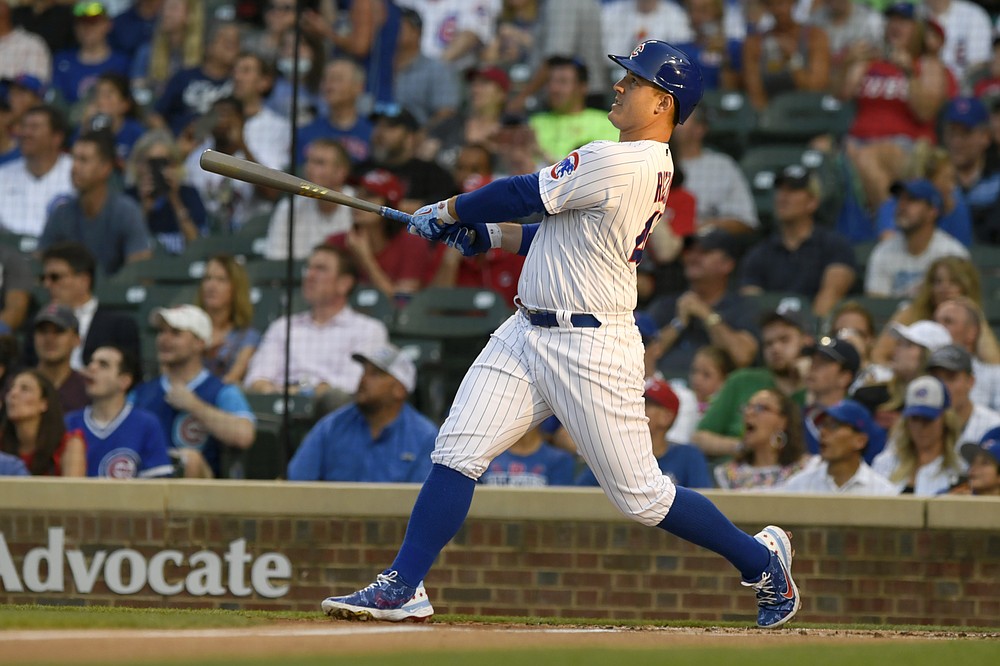 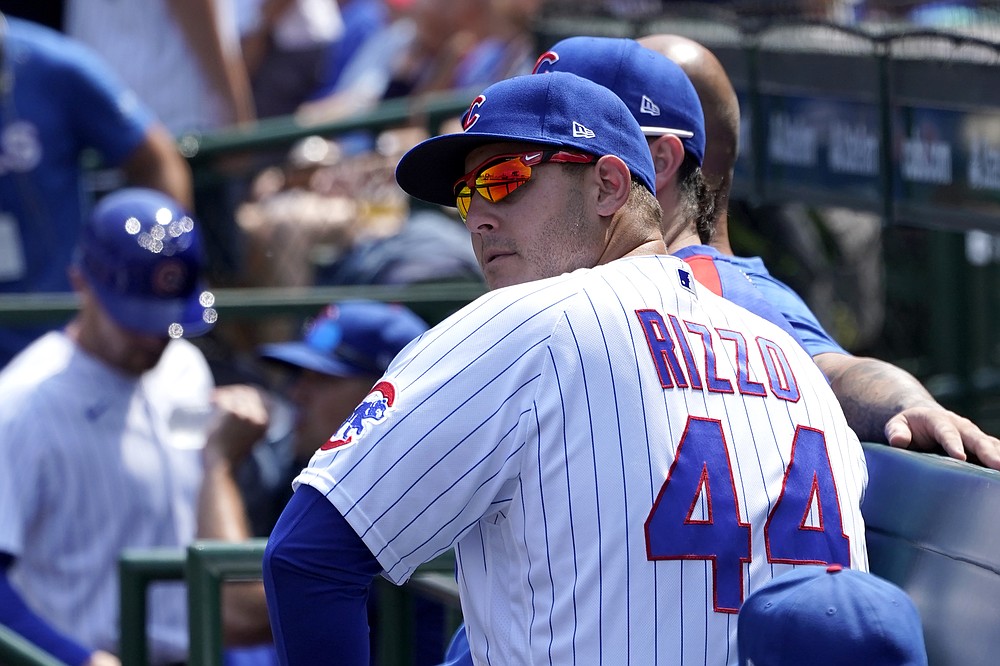 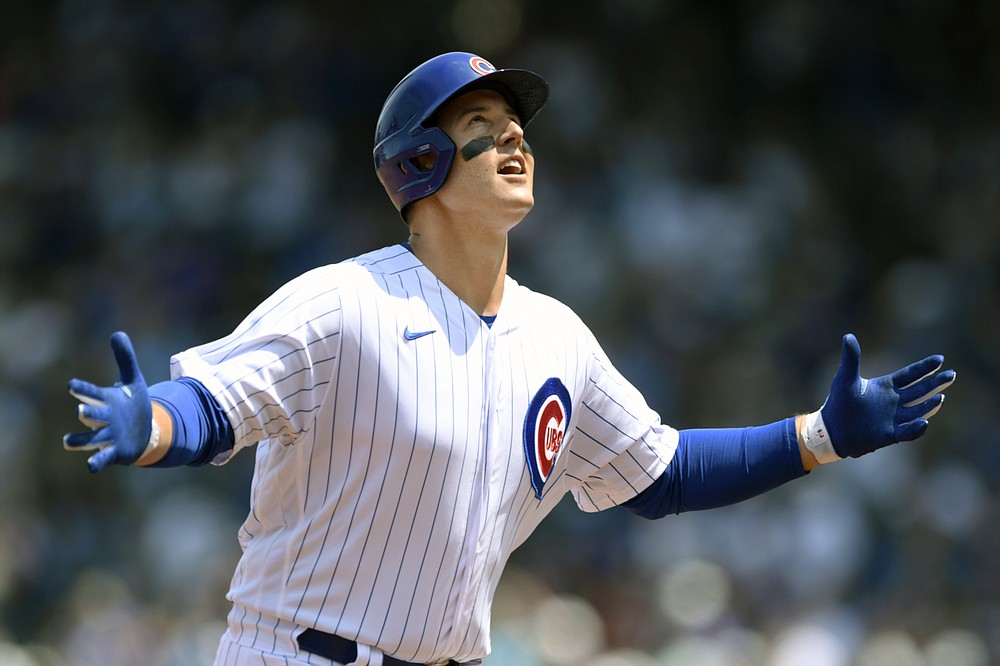 Chicago Cubs' Anthony Rizzo celebrates at third base after hitting a solo home run during the first inning of a baseball game against the Arizona Diamondbacks Sunday, July 25, 2021, in Chicago. (AP Photo/Paul Beaty)