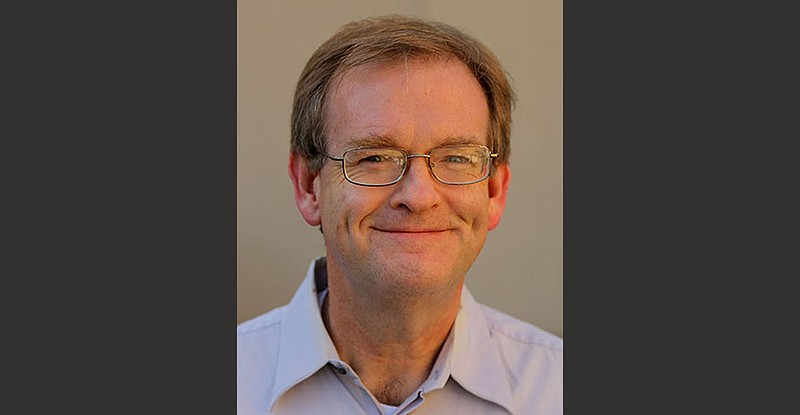 Frank E. Lockwood has been named the religion editor for the Arkansas Democrat-Gazette.

Since 2015, he has served as the newspaper's Washington, D.C., correspondent.

"I was in the House chambers when they broke the windows and tried to smash down the doors," he said. "I saw every bit of it with my own eyes. That's something I'll never forget."

This isn't the first time Lockwood has been the religion editor at the Democrat-Gazette.

Lockwood, 54, was hired as the newspaper's religion editor in 2006.

He has worked for the Democrat-Gazette ever since.

In 2009, he also assumed supervision of the newspaper's Washington bureau reporter.

Lockwood's role at the newspaper changed again in November 2012, when he became supervisor of the newspaper's state Capitol bureau and its three reporters. His tenure as religion editor ended at that time.

"I'm thrilled that Frank will be our new religion editor," said Eliza Gaines, managing editor of the Democrat-Gazette. "His prior experience in this role and his deep knowledge of religion in Arkansas and America make him a perfect fit."

"I absolutely have loved covering religion," Lockwood said. "It's something I just really enjoy. Faith is incredibly important to a lot of Arkansans. It's a topic that deeply matters. And Arkansas has a deep religious history that I look forward to writing about."

Lockwood said his wife, Aimie Lockwood, a lawyer, remained in North Little Rock while he was working in Washington. He frequently flew home, or she traveled to D.C. to see him.

"Being in Arkansas full time is going to be a treat," he said. "Every time my dog sees a suitcase, she pouts."

Lockwood, a native of Hermiston, Ore., has a bachelor's degree in history from Harvard University and a law degree from the University of Idaho.

He also was a Knight Wallace Journalism Fellow at the University of Michigan.

Lockwood started his newspaper career at the East Oregonian in Pendleton, Ore., covering high school sports when he was 15 years old.

At the Lexington Herald-Leader in Kentucky, Lockwood was a bureau reporter, Washington correspondent and religion reporter.

In addition to his newspaper jobs, Lockwood also served as a law clerk to Idaho District Judge Daniel Meehl; as a 1992 Bill Clinton delegate to the Democratic National Convention; and as press secretary and communications director to Republican Idaho Gov. Phil Batt from 1996-97.

Lockwood said covering politics isn't as much fun as it used to be.

"Covering Washington right now is like being in the middle of a bitter, ugly divorce," he said. "In the old Washington, people could disagree with each other without demonizing each other."