As western wildlife smoke spreads across U.S., who's at risk? 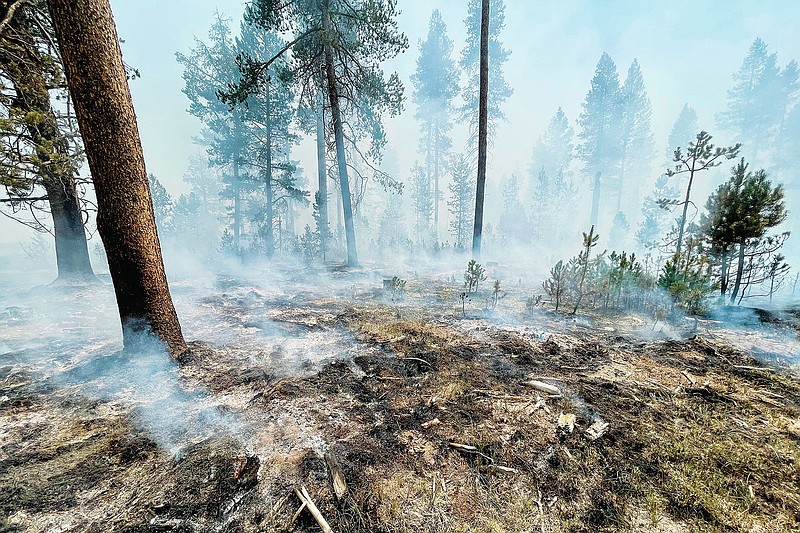 BILLINGS, Mont. -- Smoke from wildfires in the western U.S. and Canada is blanketing much of the continent, including thousands of miles away on the East Coast. And experts say the phenomenon is becoming more common as human-caused global warming stokes bigger and more intense blazes.

Get used to it, researchers say.

"These fires are going to be burning all summer," said University of Washington wildfire smoke expert Dan Jaffe. "In terms of bad air quality, everywhere in the country is to going to be worse than average this year."

Growing scientific research points to potential long-term health damage from breathing in microscopic particles of smoke. Authorities have scrambled to better protect people from the harmful effects but face challenges in communicating risk to vulnerable communities and people who live very far away from burning forests.

WHY SO MUCH SMOKE AND HOW DANGEROUS IS IT?

Decades of aggressive fire fighting allowed dead trees and other fuels to build up in forests. Now climate change is drying the landscape, making it easier for fires to ignite and spread even as more people move into fire-prone areas.

The number of unhealthy air quality days recorded in 2021 by pollution monitors nationwide is more than double the number to date in each of the last two years, according to figures provided to the Associated Press by the Environmental Protection Agency. Wildfires likely are driving much of the increase, officials said.

The amount of smoke wildfires spew stems directly from how much land burns -- more than 4,100 square miles in the U.S. and 4,800 square miles in Canada so far in 2021. That's behind the 10-year average for this time of year for both nations, but forecasters warn conditions could worsen as a severe drought afflicting 85% of the West intensifies.

Wildfire smoke contains hundreds of chemical compounds, and many can be harmful in large doses. Health officials use the concentration of smoke particles in the air to gauge the severity of danger to the public.

In bad fire years over the past decade, infernos across the West emitted more than a million tons of the particles annually, according to U.S. Forest Service research.

Scientists link smoke exposure with long-term health problems, including decreased lung function, weakened immune systems and higher rates of flu. In the short term, vulnerable people can be hospitalized and sometimes die from excessive smoke, according to physicians and public health officials.

When communities burn, the smoke can be especially hazardous. The 2018 fire in Paradise, Calif., that killed 85 people and torched 14,000 houses also generated a thick plume blanketing portions of Northern California for weeks. Smoke from burning houses and buildings contains more toxic plastics and other manufactured materials as well as chemicals stored in garages.

WHERE ARE THE FIRES?

Almost 80 large wildfires are now burning across the U.S., including 19 in Montana. That's half the size of Rhode Island, yet fewer than 200 houses and other structures have been confirmed as lost because the fire is burning in a sparsely populated area.

More than 200 fires are burning in Manitoba and Ontario, according to Canadian officials.

Weather patterns and fire intensity determine who gets hit by smoke. Huge fires generate so much heat that they can produce their own clouds that funnel smoke high into the atmosphere.

"It just carries across the country and slowly spreads out, forming sort of this haze layer in the sky," said meteorologist Miles Bliss with the National Weather Service in Medford, Ore.

The combined plume from Canada and the U.S. largely passed over parts of the Midwest last week before settling to ground level across an area that stretches from Ohio northeast to New England and south to the Carolinas, air pollution data shows.

Health effects can occur thousands of miles from the flames. The smoke loses its tell-tale odor but remains a potential hazard even when it drifts that far, said Jeff Pierce, an atmospheric scientist at Colorado State University.

"It's certainly unhealthy," Pierce said of the air along the East Coast in recent days. "If you have asthma or any sort of respiratory condition, you want to be thinking about changing your plans if you're going to be outside."

People who live close to fires are more likely to be prepared and take precautions, while those who live farther away unwittingly remain exposed, according to a recent study by Colorado State University epidemiologist Sheryl Magzamen and Pierce.

HOW DO I PROTECT MYSELF?

Listen for warnings about smoke and, if advised, avoid outdoor activities to reduce exposure. Keep doors and windows closed, and run an air filter to clean inside air. Face masks can protect against breathing in smoke. As with covid-19, most effective are N95 masks because they are designed to block the smallest particles.

An online, interactive smoke map launched by the EPA and the U.S. Forest Service last year on a pilot basis has drawn millions of viewers. To reach people more quickly, officials are considering using mobile phone push notifications that would alert users when heavy smoke could inundate their communities, according to agency spokeswoman Enesta Jones. 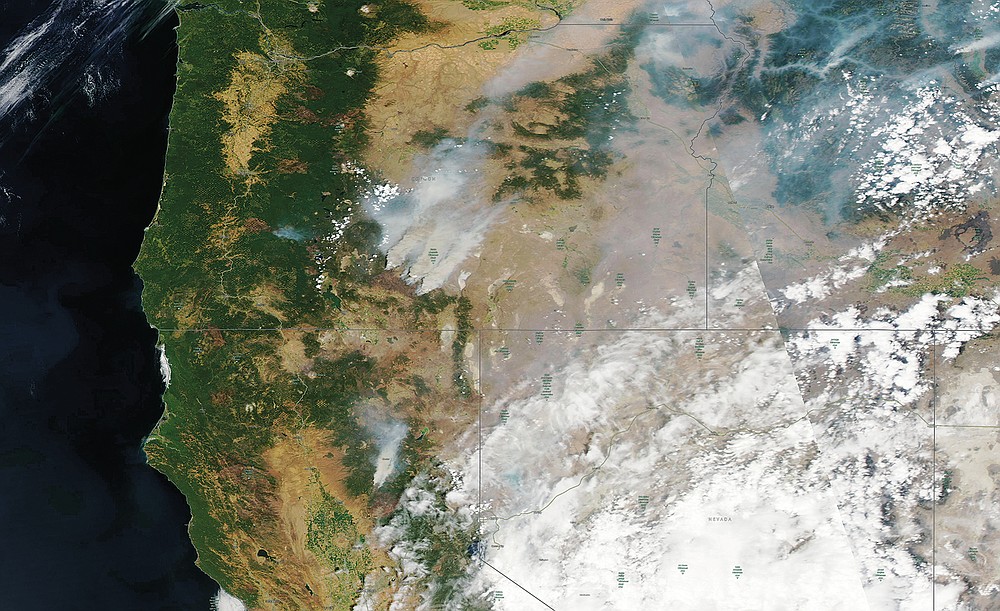 This satellite image provided by Satellite image ©2021 Maxar Technologies shows overview of wildfires from Oregon, Idaho, and Northern California on Sunday, July 18, 2021. Extremely dry conditions and heat waves tied to climate change have made wildfires harder to fight. Climate change has made the West much warmer and drier in the past 30 years and will continue to make weather more extreme and wildfires more frequent and destructive. (Satellite image ©2021 Maxar Technologies via AP) 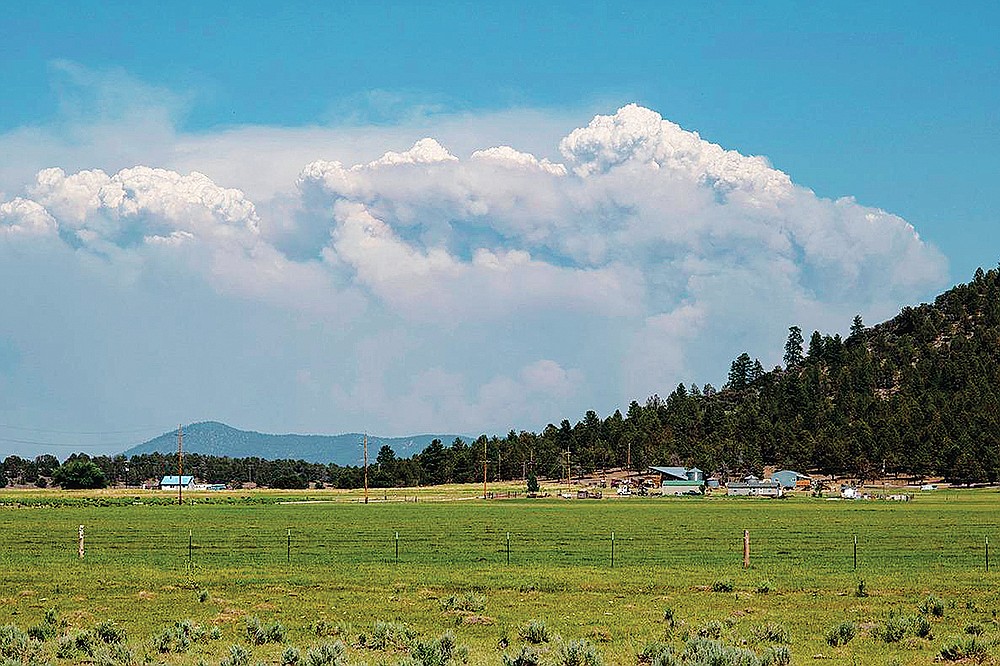 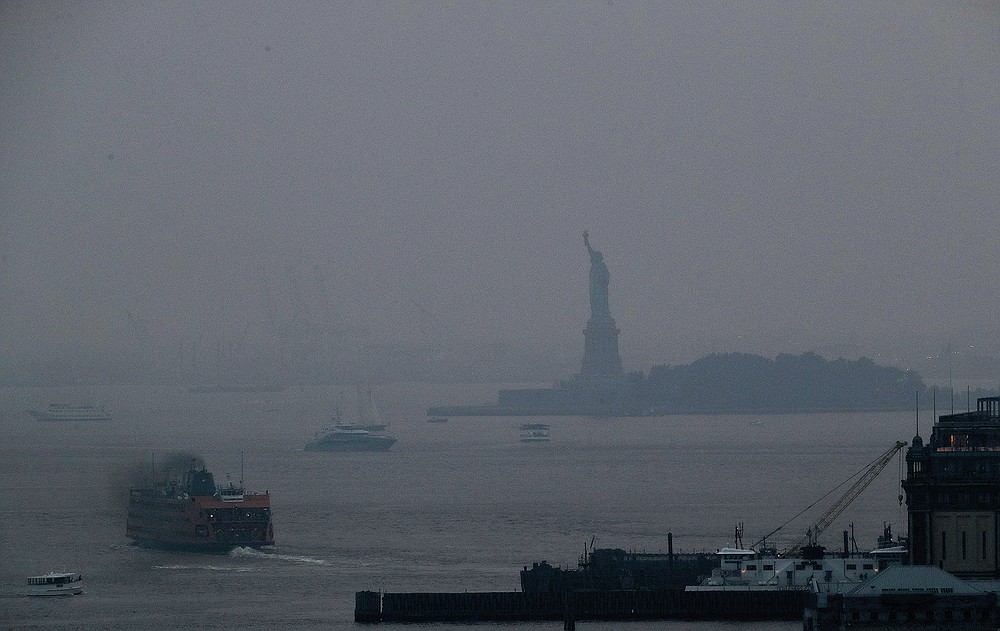 The Staten Island Ferry departs from the Manhattan terminal through a haze of smoke with the Statue of Liberty barely visible, Tuesday, July 20, 2021, in New York. Wildfires in the American West, including one burning in Oregon that's currently the largest in the U.S., are creating hazy skies as far away as New York as the massive infernos spew smoke and ash into the air in columns up to six miles high. (AP Photo/Julie Jacobson) 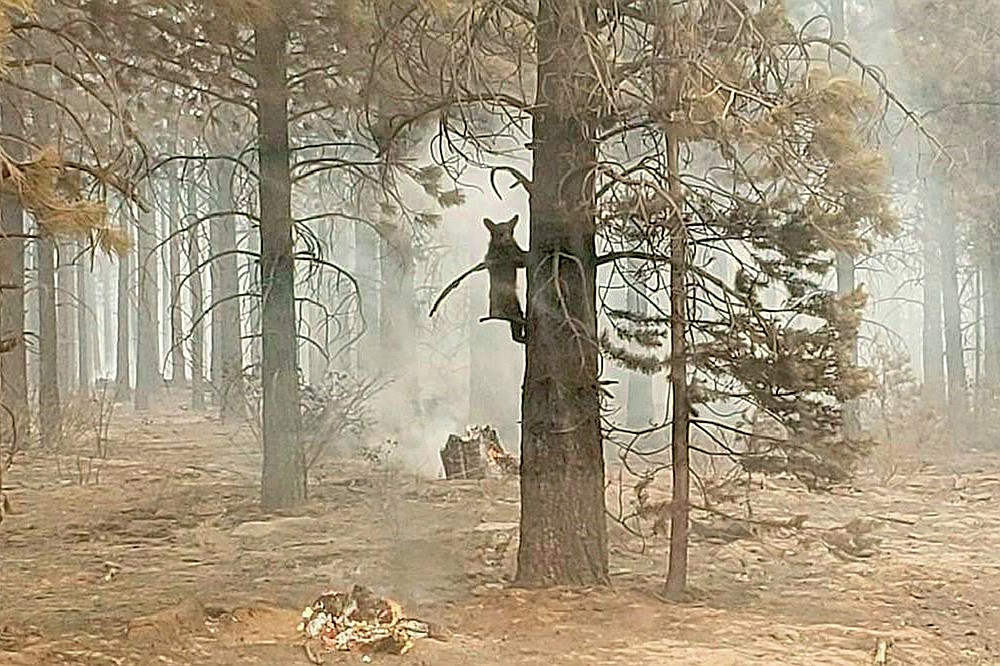 Print Headline: As wildlife smoke spreads, who's at risk?