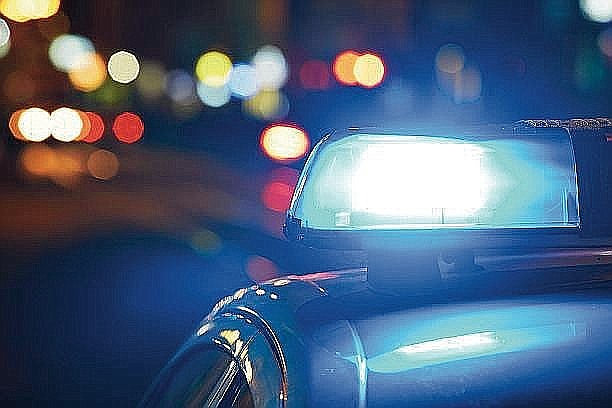 FAYETTEVILLE — A seven-hour standoff Friday ended with police shooting a man with a gun who attempted to enter a business on the north side of town, police said.

Skylar Houston, 29, of Huntsville, was taken alive to a hospital late Friday, according to police.

Houston was arrested for theft by receiving, criminal conspiracy, unlawful use of a communication device and carrying a weapon, according to a Saturday news release from the Fayetteville Police Department.

Houston is a former police officer, according to Sgt. Anthony Murphy with the Fayetteville Police Department.

Detectives tried to arrest Houston at about 3:25 p.m. at the McDonald’s parking lot on 578 E. Joyce Blvd.

Houston refused to leave his car and put a gun to his own head. Officers backed off, and the department’s Crisis Negotiation Team and the Emergency Response team responded, according to Murphy.

After about six and a half hours of negotiation, people were gathering around the location.

Officers used gas to get Houston out of his car “once it was determined negotiations were not working,” the release states. At that point, Houston came out of his car with the gun to his head, Murphy said.

Police shot Houston with pepper balls, but they had no effect, Murphy said.

“Knowing that hundreds of citizens were gathered in the area, Houston’s training as a former police officer, and fearing that someone was inside the locked business” two officers shot Houston to stop him, according to the release.

Houston fell and then ran towards officers, leaving his gun behind.

Police used a stun gun to take Houston into custody, according to the release. He was alive when an ambulance took him for hospital treatment, Murphy said.

The officers who shot Houston have been placed on administrative leave pending the outcome of an internal investigation by the police department.

The Washington County Sheriff’s Office will also conduct a criminal investigation, according to the release.

Houston was arrested April 1 for possession of methamphetamine and firearms. He was released April 2 on bond.

Houston was arrested again June 29 for violation of conditions of bond related to a shooting that occurred in Fayetteville, and he was released July 1 on bond, the release states.

This story has been updated. It was originally published at 7:59 a.m.