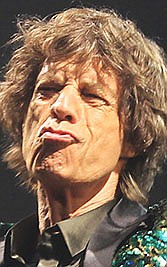 FILE - Mick Jagger of The Rolling Stones performs in Glastonbury, England on June 29, 2013. Jagger's jacket is among 55 L'Wren Scott creations going on sale this week at Christie’s in London. (Photo by Jim Ross/Invision/AP, File)

• The Rolling Stones announced Thursday the relaunch of their U.S. "No Filter" tour, which had been derailed by the coronavirus pandemic, beginning in St. Louis on Sept. 26. "I'm so excited to get back on the stage again and want to thank everyone for their patience," frontman Mick Jagger, 77, said in a statement. "See you soon!" Added Keith Richards, who is also 77: "We're back on the road! See you there!" The 2021 No Filter tour begins at The Dome at America's Center in St. Louis, followed by rescheduled stops in Charlotte, N.C.; Pittsburgh; Nashville, Tenn.; Minneapolis; Tampa, Fla.; Dallas; Atlanta; Detroit; and Austin, Texas. The band has also added three new dates, including the New Orleans Jazz and Heritage Festival -- their first time playing there -- on Oct. 13, Los Angeles on Oct. 17 at SoFi Stadium, and Las Vegas on Nov. 6 at Allegiant Stadium. Tickets will go on sale July 30 for the new shows. The statement added that previously scheduled dates for Vancouver; Louisville, Ky.; Cleveland; and Buffalo, N.Y.; could not be rescheduled and that ticketholders will be contacted by Ticketmaster. All previously bought tickets will be honored at the rescheduled performances

• A man has confessed to defrauding Chinese-Canadian pop singer Kris Wu over a teenager's accusation he had sex with her when she was drunk, Beijing police said Thursday. The announcement added a bizarre twist to a scandal that has cost the 30-year-old Wu endorsement contracts with brands including Porsche and Bulgari. The former member of Korean boy band EXO has denied the accusation, which prompted an outpouring of support for the woman online and criticism of Wu. Police said in a statement that the suspect, identified only by the surname Liu, saw rumors about the incident online and contacted the woman in June when he obtained information that allowed him to pretend to be her lawyer. Police gave no indication that the woman took part in the fraud. The man then talked Wu's mother into sending the woman $77,000 and, pretending to be Wu's lawyer, tried to persuade the woman to send the money to him, police said. The suspect was arrested Sunday in Nantong, near Shanghai, after the singer's mother complained to police that the family had been defrauded. Police are still investigating allegations Wu "repeatedly deceived young women into sexual relations," the statement said. In a statement on his social media account, Wu said he met the woman but denied encouraging her to drink and said other parts of her account didn't happen. Wu, known in Chinese as Wu Yifan, grew up in Guangzhou in southern China and in Vancouver, British Columbia. He performed with EXO in 2012-14 and then launched a solo career. 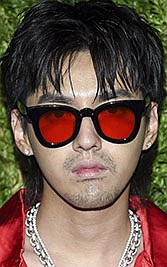