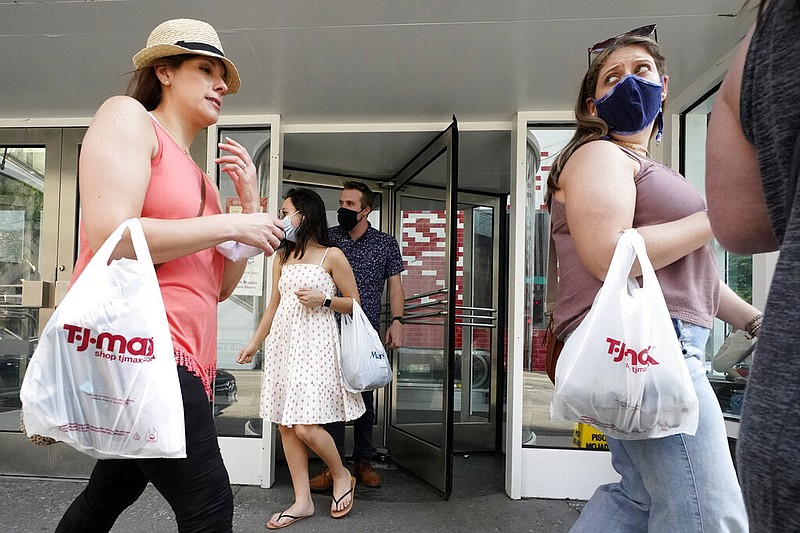 Walmart Inc. and other retailers are looking to reach young shoppers, a demographic that analysts say is already shaping the future of retail.

The coveted groups are millennials, generally considered to be born between 1981 and 1994, and Generation Z, comprised of anyone born after 1994.

The consulting firm Barkley Inc. estimates that Generation Z's annual direct spending in the U.S. may already exceed $140 billion. Morgan Stanley expects people of that generation will hit their prime working years between 2022 and the late 2030s.

These groups combined will make up a consumer bloc of about 150 million Americans in coming decades, Morgan Stanley projects. And where they shop, how they shop and what they shop for will force retailers to adopt new practices and new ways of thinking about how they do business.

Millennials were a lower priority for retailers 10 years ago, said Amanda Lai, senior manager at McMillanDoolittle LLP. But now most are in their 30s and 40s, she said.

"They are buying homes, are starting families and, importantly for retailers, are forming new spending habits as they enter a different stage of life," Lai said. Millennials "are now further along in their careers and have amassed the buying power to become a key audience that brands want to win over," she said.

On the other hand, Lai said, Generation Z won't peak in size for another decade or so, "but they are an important cohort to understand and appeal to due to the sheer influence they have on the other generations when it comes to driving trends."

The oldest Generation Z members are now entering the workforce, presenting "a crucial period where brands will want to appeal to Gen Z as they establish new routines as young adults," Lai said.

Walmart Inc. spokeswoman Jaeme Laczkowski said these factors create "a fantastic opportunity with Gen Z customers to build brand loyalty by offering the products they are looking for."

"Tweens are starting to express themselves and teens are looking for products that show their personality," Laczkowski said. "As we remain focused on expanding our assortment to offer quality, on-trend and accessible products at an incredible value, our team is hard at work scouting trends and tastemakers to identify emerging brands our Gen Z customers are familiar with and love."

These include the recent addition of a skin care line called Bubble to the Bentonville-based retailer's shelves. Laczkowski described Bubble as a "fan-favorite brand that is filling a gap in the skin care aisle for Gen Z customers with high-quality, affordable products developed for young skin."

Besides creating products that are vegan, cruelty-free and gender neutral, Bubble also donates 1% of its proceeds to nonprofits that support young people struggling with mental health issues, Walmart said in a news release announcing the line's debut in its stores.

Laczkowski also pointed to the recent introduction of the popular tween brand Justice in select Walmart stores and on Walmart.com.

"From a product perspective, Gen Z is challenging brands to be more inclusive, so we're working hard to bring in brands that align with those shared values," Laczkowski said.

Millennial and Generation Z shoppers often make values-driven spending decisions, a recent survey by Deloitte revealed. These are largely based on companies' stances on issues such as sustainability and diversity.

"As consumers, they often put their wallets where their values are," according to Deloitte's Global 2021 Millennial and Gen Z Survey.

They start or end their relationships with businesses "based on how companies treat the environment, protect personal data, and position themselves on social and political issues," the report said. "This year, almost a third of respondents started or deemed consumer relationships with companies based on their response to the covid-19 crisis."

Further, more than 25% said that certain businesses' effect on the environment has influenced their buying decisions.

Carol Spieckerman, a retail consultant and president of Spieckerman Retail, affirmed that social activism around sustainability, climate change and diversity matter to these young consumers.

Retailers like Walmart are smart to ensure their brand assortment appeals to the customers they are trying to serve, said Steve Dennis, president and founder of SageBerry Consulting LLC.

"Each company has to be mindful of what age group they're going after," Dennis said. "There's always this desire to attract a younger customer."

One strategy Dennis sees retailers using more is adding brands to their assortment through partnerships. Some of these include Nordstrom's new partnership with Asos; Ulta cosmetics opening mini-stores inside Target stores; and Sephora doing the same in Kohl's department stores.

"Some brands may be preferred by younger customers because they're more affordable or not your parents' brands," Dennis said. "It's the cool factor."