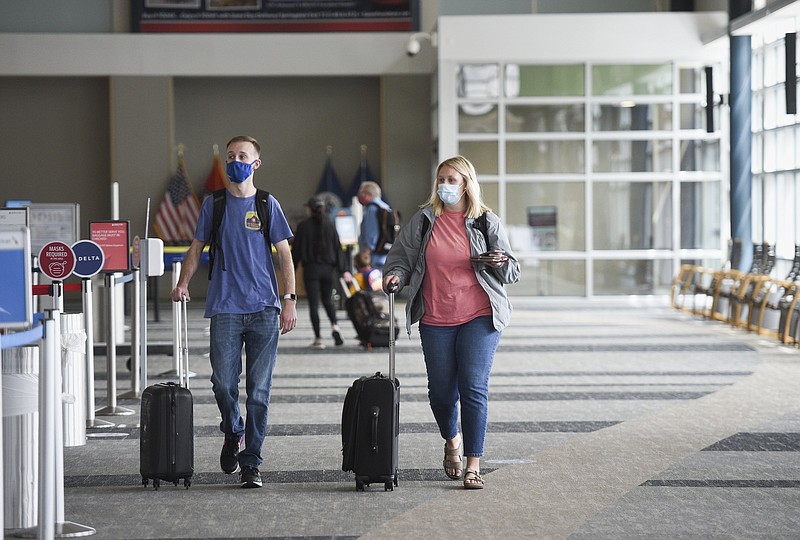 Brian Burke, chairman of the Airport Authority Board, said the meeting was called because a couple of items needed to be addressed before the next regular meeting.

The airport's gates are at maximum capacity during peak times with the addition of Breeze Airways and carriers expanding location services, airport officials said. There are 15 gates without counting Gate A12.

Terminal A, Gate 12 could be used for aircraft parking by adding a passenger boarding bridge and apron expansion. The apron will be expanded 60 feet to provide A12 room to accommodate a wide range of aircraft and allowing the gate to be used.

Project cost is estimated at $3.7 million. The board Tuesday authorized staff to proceed with contract negotiation with Garver for Gate A12 engineering and construction bidding services totaling $295,760.

Northwest National can use future federal entitlement money to offset project costs, according to the Federal Aviation Administration. An alternate option is to fully self-fund the project. Airport officials will make a decision on which option to pursue later.

The airport's parking operator notified staff of the need to upgrade and replace parking equipment at the exit lanes. Some of the equipment is broken, and the rest is outdated, limiting parking operations, according to staff. The equipment was installed in 2013 and is approaching the end of its useful life.

New equipment will include added functions such as a cash payment lane and barcode readers allowing for online reservations and payment. The new equipment will also include an intercom function allowing SP+, the parking operator, to offer remote management service. The remote service will provide customer service after hours at the touch of a button.

The board authorized staff to contract with SP+ to purchase the parking equipment and arrange for installation.

The board also authorized staff to contract with AJT Engineering for an air traffic control tower siting study. The cost will be about $171,000. The work will include site meetings, survey and site evaluation and planning, utility support and connections, architectural concepts and all necessary submission and coordination with the FAA.

Garver and Hight Jackson, the airport's architects, will be part of the project team to assure continuity of design with other current and future projects. Quadrex Aviation, which helps airports with airspace and air traffic control issues, will also be part of the team.

Construction of the new tower is probably a year away and will cost about $1 million.

The Northwest Arkansas National Airport directors nominating committee shifted several committee assignments Tuesday in the wake of former Airport Authority board chairwoman Sara Lilygren leaving the post last month. Lilygren represented Rogers on the board, and her replacement hasn’t yet been named. Brian Burke moved to chairman of the board.