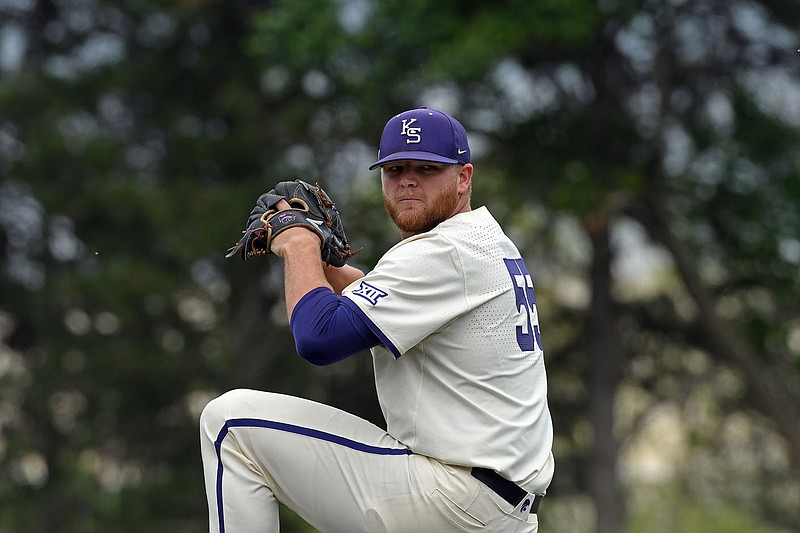 Former Kansas State pitcher Kasey Ford signed last week as a free agent with the Houston Astros. Ford graduated from Bentonville High School, where he was a standout pitcher and a starting quarterback who won two state championships in football with the Tigers. (Photo submitted/Kansas State University Athletics)

There was some question whether Kasey Ford would pursue baseball or football in college after he starred in both sports at Bentonville High.

Ford removed all doubt when he signed to play baseball at Kansas State. Ford's choice paid off last week when he signed as a free agent with the Houston Astros. Undrafted free agents can be signed for as much as $20,000 with major league teams.

"I still miss football every Saturday," said Ford, who won two state championships as a quarterback in football and one state championship as a pitcher in baseball for Bentonville. "But getting to play professional baseball is a dream come true. I feel incredibly blessed for this opportunity and I can't wait to get started. This is the first step."

Hours after Ford signed, former Fayetteville star Walker Powell agreed to terms as a free agent with the Chicago Cubs. Powell played collegiately at Southern Miss, where he went 10-2 with a 2.31 ERA as a senior for the Eagles.

"The kid's been ready every single day for three years I've coached him," Kansas State head Pete Hughes said. "He'll take any role you throw at him. The only thing he cares about is winning baseball games."

Powell is a 6-foot-7 right-hander who compiled one of the most dominant careers at Southern Mississippi. Powell made first team All-Conference USA and second-team All-American by Collegiate Baseball as a senior for the Golden Eagles. He overcame two Tommy John surgeries to compile a 30-10 overall record and he leaves the program second in career victories.

"He's been a remarkable young man," Southern Miss coach Scott Berry said. "The adversity he came through describes who he is and his love for the game. He's Mr. Consistent, just a true pitcher."

Ford was the winning pitcher in 2015 when Bentonville beat Conway 6-5 to win the Class 7A state championship in baseball.

"From the time I met Kasey when he was a freshman, he's had a great work ethic and the desire to be the best he can be," said Bentonville coach Todd Abbott, who played four years in the minor leagues in the Oakland A's organization. "We could not be more excited for him."

Ford left for Florida and Powell will leave for Chicago this week to learn the details of their first assignments as professional baseball players.

"More than anything, it was my dream to play professional baseball," Powell said. "That's what kept me going, even with the injuries."

Also, former Springdale Har-Ber left-hander Adam Scoggins signed a free-agent contract with the World Champion Los Angeles Dodgers. Scoggins, a 6-3, 225-pound redshirt junior at Oral Roberts, was 3-1 with 7 saves and a 2.88 ERA for ORU this spring. 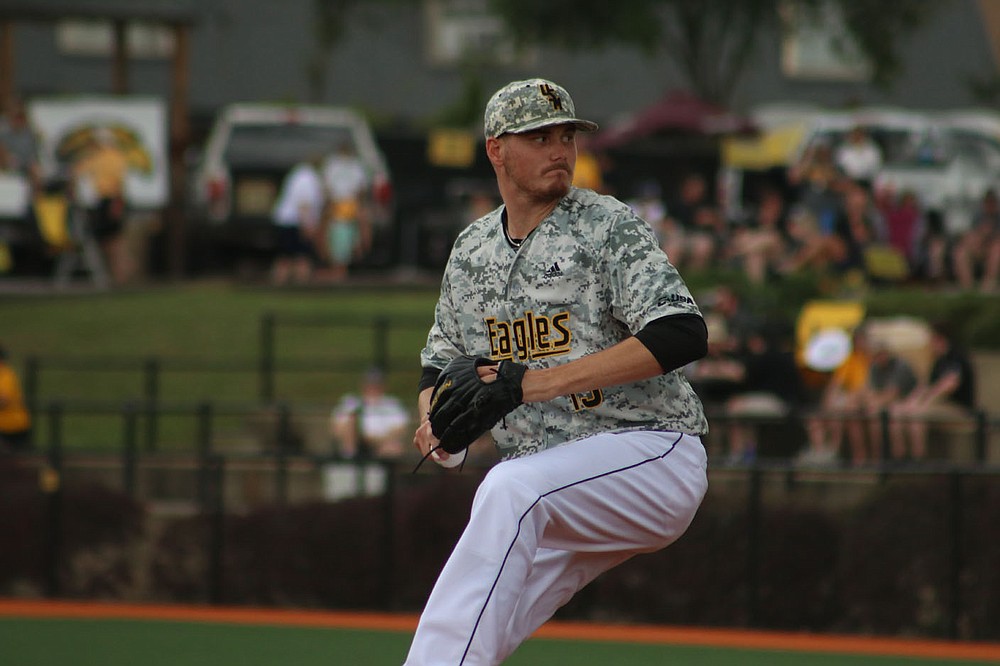