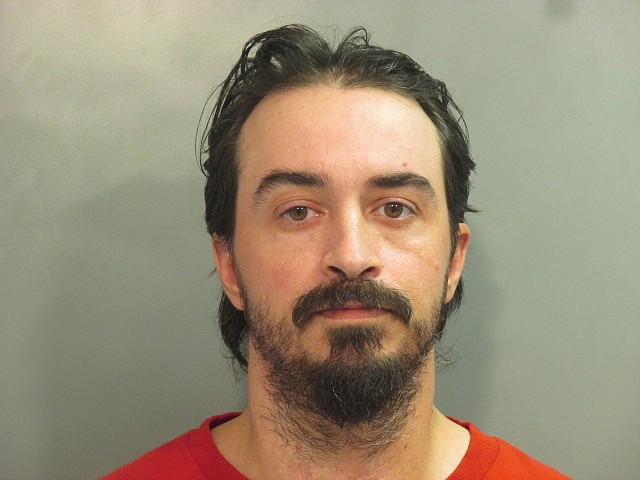 FAYETTEVILLE -- A man on trial in Washington County Circuit Court this week admits slashing his estranged wife's face from ear to mouth but maintains he didn't rape her.

Levi Cody Land, 40, is charged with rape, battery in the first degree, false imprisonment and terroristic threatening. If convicted of rape, Land faces 10 to 40 years or life in prison.

The trial is set for three days before Circuit Judge Mark Lindsay.

Land and his wife were separated when he went to her home in Fayetteville on Oct. 29, 2019, and entered the house with a key he had kept, according to prosecutors. Land put a pocket knife to the woman's throat and sexually assaulted her before slashing her face and hitting her multiple times, prosecutors claim.

Dylan Weisenfels, deputy prosecutor, said Land told the woman he was going to make her "as ugly on the outside as you are on the inside" and later posted a message about the attack on social media with a picture of the woman sitting on her bed covered in blood.

Joshua Meister, Land's attorney, told jurors Land doesn't contest the battery charge for slashing the woman's face, but Meister said the sex was consensual and happened before a fight that "went too far."

He told jurors a rape didn't occur, and Land didn't terrorize or imprison his wife.

Bobbye Orona, a crime scene technician, told jurors the woman had bruises on her arms, legs, head and abdomen and cuts to her face, neck and hand and other areas. She had a black eye and broken fingernails.

A sexual assault test was done at a local hospital after the attack and sent to the Arkansas State Crime Lab. The results of the test are expected to be presented to jurors later in the trial.

Prosecutors were also able to get video of Land buying a pocket knife at a Rogers Walmart the day before the attack after the woman noticed a transaction on a shared bank card. The packaging from the knife was found in the car Land was driving.

Jurors were spread out around the courtroom in chairs at least 6 feet apart Monday, rather than being seated in the jury box. No one in the courtroom wore a mask during the proceeding.