North side of Fort Smith under micro freight study; area stakeholders weigh in 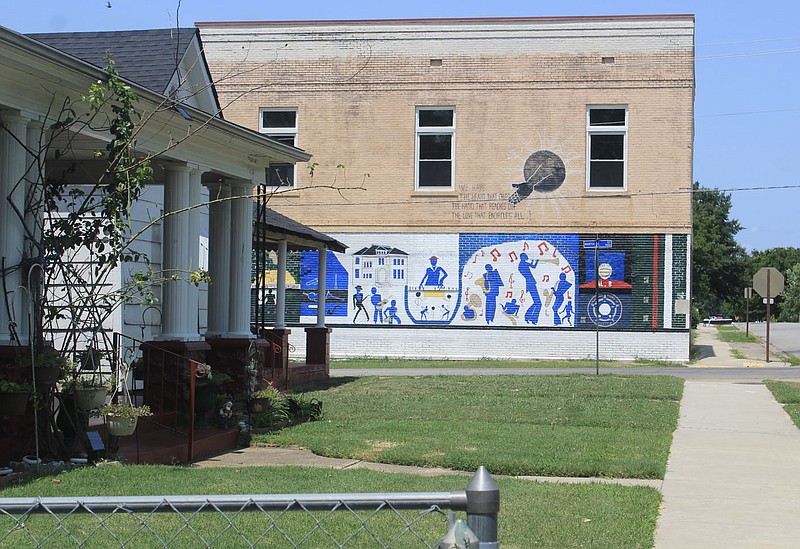 The mural at North Ninth and H streets in Fort Smith is seen Wednesday, July 14, 2021.

FORT SMITH -- The city is undergoing a six-month study to assess the feasibility of a micro-freight hub to improve the economy and quality of life for residents on the city's north side.

A micro-freight hub is a centralized pickup and drop-off location for goods that's closer to their delivery point and serves a smaller area. It allows the last leg of delivery to comprise of low-emission vehicles, biking or walking and can be used by delivery firms, retailers and customers, according a memo from City Administrator Carl Geffken to the Fort Smith Board of Directors.

The hubs also provide equitable access to goods and services and economic investment in the community, the memo states.

Frontier Metropolitan Planning Organization, the regional transportation planning organization for the Fort Smith area, was selected by University of Washington in Seattle as the recipient of a grant for services valued from $50,000-$70,000 for the study through its urban freight lab. The city was chosen as a subject to determine whether micro-freight hubs could work outside of large metropolitan areas, said Stacy Willinger, transportation planner for the Frontier Metropolitan Planning Organization.

The study is scheduled to be complete in December.

"We could look at, what does that structure look like, and could we maybe marry it with social service agencies, with libraries, with someplace that could serve as a distribution center," said Reese Brewer, transportation director for Frontier.

The north side of Fort Smith has a child poverty rate of around 33%, obesity rates around 34% and higher-than-average racial segregation, according to statistics provided by Frontier.

Brewer and others in her group hope the study shows if micro-freight hubs could increase equity to services and partner with minority-owned businesses, Geffken's memo states.

"The few people I've talked to who have businesses on the north side are very excited about it," said city Director Andre Good, whose ward encompasses much of Fort Smith north of Rogers Avenue.

The study is assessing businesses, demographics and needs in the community to determine if a micro-freight hub would adequately address these needs, according to its schedule. Local agencies and businesses will be interviewed on the project and the concept will be drafted from August through December.

Good's first concern with the hub was contact during covid-19. But he also said the hub could be sterilized.

Good also questioned how hub will be maintained and if taxpayer dollars would be used. But he acknowledged the study hasn't yet been completed.

"Both questions will be answered, I guess, as we go along," he said.

Residents on the north side of town had questions about the hub as well. Chris Chaney, who grew up on the north side of Fort Smith and until recently ran his barber shop out of the Belle Grove neighborhood, wondered if it would allow small business owners to create more jobs.

Precious Rodgers, who lives just north of Rogers Avenue near Greenwood Avenue, operates Karpos Juicery out of her mobile refrigerator unit. Rodgers believes a micro-freight hub would spur transit and freight for the local economy, not just for large companies such as FedEx and Amazon.

But Rodgers also wondered how residents would get to the hub. She said cycling isn't common on the north side of Fort Smith and some roads are in poor condition.

"As far as trying to get people to the hub, try to travel to it, would be where you would really have to target," she said.

Chaney said the north side of Fort Smith has plenty of infrastructure to support development if improved and maintained.

Chaney also said the north side of town is prime real estate for opportunity.

Good believes the study will at least create opportunities "to help people do a little bit better for themselves."

Fort Smith has a poverty rate of 21.0%, according to the latest estimates.