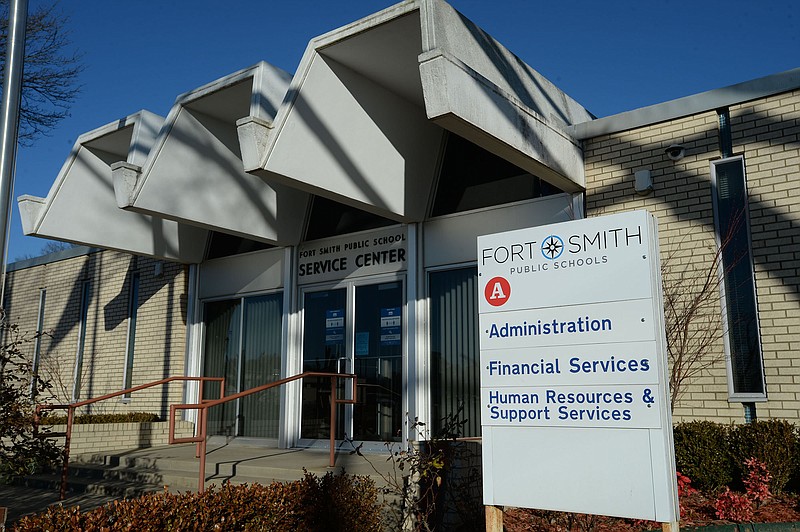 The School District made multiple announcements stating it filled the positions with existing employees.

"I am excited to transition into this role within the district and look forward to continuing to serve and provide support to our educators and staff as we begin a new school year," Davis said.

Tony Jones, who has served as principal at Belle Point Center since 2018, will be the School District's director of secondary education, the release states. Jones' tenure with the district also includes time as assistant principal at Northside High School, where he began his career as an educator, and Kimmons Junior High School.

"I am humbled to serve as the director of secondary education," Jones said. "I look forward to supporting each secondary campus in reaching higher levels of excellence."

Ginni McDonald, who was named the district's executive director of strategic initiatives and professional learning earlier this year, held the position before Jones, according to Williams.

Jennifer Steele will be the district's assistant director of athletics and activities, which is a new position. She has been assistant principal at Northside High School since 2013, which was preceded by her time as the director of bands at Chaffin Junior High School, according to the release.

Gladden is replacing Lori Griffin, who Williams said was named director of elementary education for the district. Gladden has been assistant principal at Ballman and Bonneville elementary schools since 2018. She also served as an instructional facilitator in the district and an elementary and middle school teacher in both Van Buren and Hendersonville, N.C.

Griggs, who is replacing Shaffer, has been the assistant principal at Fairview Elementary since 2019. Griggs also worked as literacy instructional facilitator in the district and a teacher at Euper Lane Elementary School.

Shaffer is replacing Marna Boltuc, having worked as principal of Fairview Elementary School since 2019. Shaffer had been assistant principal at Cook, Woods and Barling elementary schools and supervisor of elementary music education for the district. She also taught at Sunnymede Elementary School in Fort Smith, as well as in Lavaca and Panama, Okla.

The Fort Smith School District had the following administrative openings as of Wednesday morning: