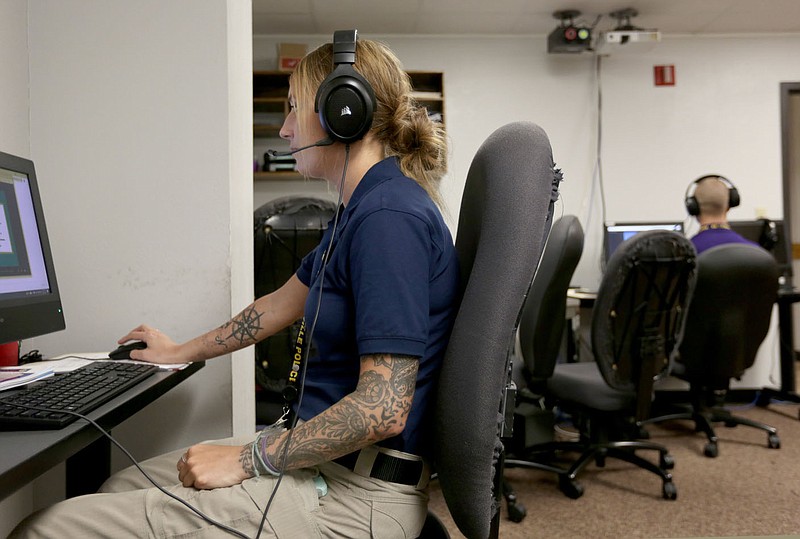 The City Council on Tuesday will consider the proposal, budgeted at $87,500.

The department has 124 out of a possible 131 officers, according to the city's human resources division. Four more have said they are leaving, Police Chief Mike Reynolds said. Of the four, one is going to the FBI and three are getting out of the profession, he said.

Applications for new officers are down, Reynolds said. Using a snapshot as an example, 123 applied to become an officer in April last year. Of those, 49 took a written test and had interviews with the department's internal board and civil service commission, and 26 were certified, Reynolds said.

Gaining certification means the applicant gets on a list for consideration to be hired by the department. They may not get a job offer or could decline a job offer.

This April, there were 69 applicants, with 17 tested and interviewed and nine certified, Reynolds said.

The department typically has three application periods per year. The next testing is Aug. 21, and the deadline to apply is Aug. 13.

Reynolds is proposing two systems for sign-on bonuses: one for officers already certified who have previous law enforcement experience and another for new officers not yet certified. The department spends about $10,000 to send a new hire to the police academy for certification, he said.

Noncertified hires would get $5,000 in three installments. The officer would get $1,000 after graduating the state training academy. The department then would pay $2,000 upon completion of the field training program with another $2,000 after the 18-month probationary period.

The officers would have to commit to staying with the Fayetteville Police Department for at least three years to receive the signing bonuses.

The proposal wouldn't increase the overall number of officers at the department, Reynolds said. The goal is to fill the open spots.

Money for the program would come out of the city's $49.5 million general fund for this year. The fund mostly covers personnel, with most of the money coming from sales tax revenue.

Police departments in Springdale, Rogers and Bentonville aren't seeing the same officer vacancies. Springdale has 150 out of 152 officers signed on. Rogers has 114 out of 120, but a number are going through background checks to be hired to fill the spots, a department spokesman said. Bentonville has all 84 of its officer positions filled.

Fort Smith is facing a shortage of 24 officers, with 140 of 164 positions filled. There are 11 prospects moving through background checks, said Officer Mike Dietz, recruiting coordinator for the department.

Dietz said he suspects the pandemic has affected the number of applicants, considering how closely police officers interact with the public. The department does not have a sign-on bonus program.

Reynolds said he has the approval of the rank and file within the department to create the program for new hires. Retaining officers at the department is a separate issue he hopes to tackle, he said. Thirteen officers have left the department in the first half of this year -- about the same number leave throughout an entire year, Reynolds said. Of those, 11 left the profession and two went to other departments, he said.

Covid-19 brought an increased workload for the city's officers, Reynolds said. Call volumes surged and violent crime is up, including seven homicides last year. The number of homicides tied an all-time record for the city, he said. Property thefts also have risen.

Carr was killed after a gunman shot him to death while he sat in his patrol vehicle outside the police station. Apple died in June after being hit by a Jeep driven by a suspect fleeing from police at a gas station in Pea Ridge. Franks had his left leg amputated after being shot three times responding to domestic disturbance call in Prairie Grove in May.

Police departments nationally are experiencing challenges in recruiting and retention, said Jack Rinchich, president of the National Association of Chiefs of Police. Increased danger to officers on the job, anti-police rhetoric, covid-19 and funding and pay issues all have made the prospect of joining law enforcement less attractive, he said.

Police chiefs across the country are trying to come up with ways to entice people to join their departments, Rinchich said. Sign-on bonuses are common. In some instances, departments may lower their standards out of desperation, he said.

Rinchich said he holds out hope that the pendulum will swing and dedicated people will fill the open spots at departments despite the challenges.

"You've got that segment of devoted servants who, in spite of all the negativity, they sense that innate calling that this is what I'm supposed to do, come hell or high water," he said. 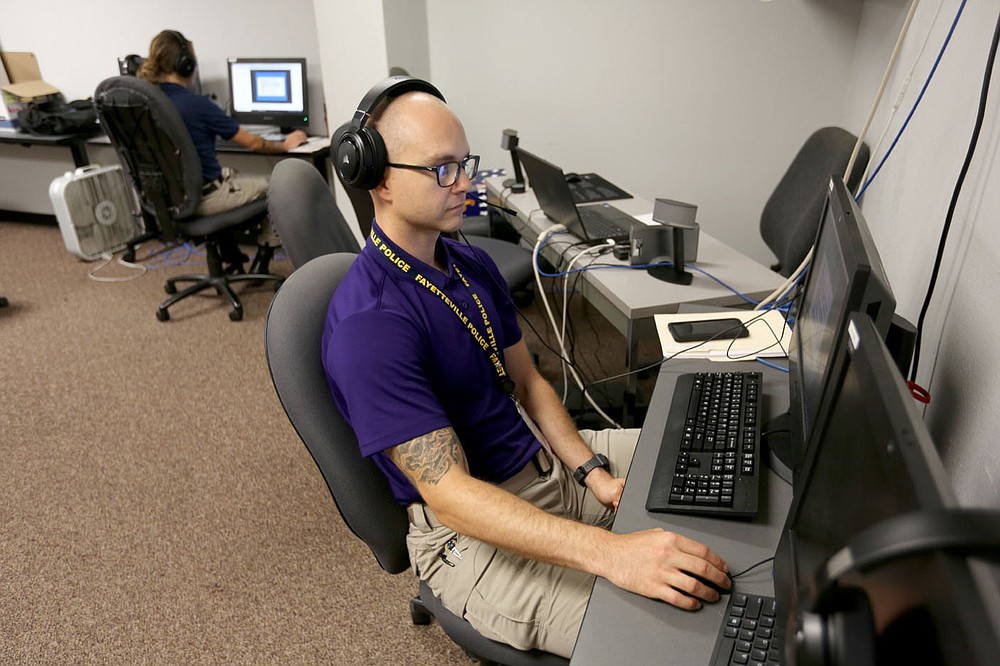 The salary for a rookie officer in Fayetteville is $41,375. For new hires with previous experience at other agencies, the lowest pay is $43,802, and it goes up depending on number of years of service.

Starting salary for a Springdale officer is $38,470. Pay for a new hire from another agency depends on the number of years of experience.

Base pay for a new Rogers officer is $40,843. The department provides certain percentages above base pay if the applicant has an associate’s or bachelor’s degree, speaks a foreign language, or has previous law enforcement experience.

Starting pay for a Bentonville officer with no experience is $40,914. Experienced officers can start at $44,949 and go up from there depending on number of years of service.

New officers with the Fort Smith Police Department start at $38,563. They may start higher on the pay scale depending on certification and previous experience.