OPINION | REVIEW: 'The Loneliest Whale: The Search for 52' 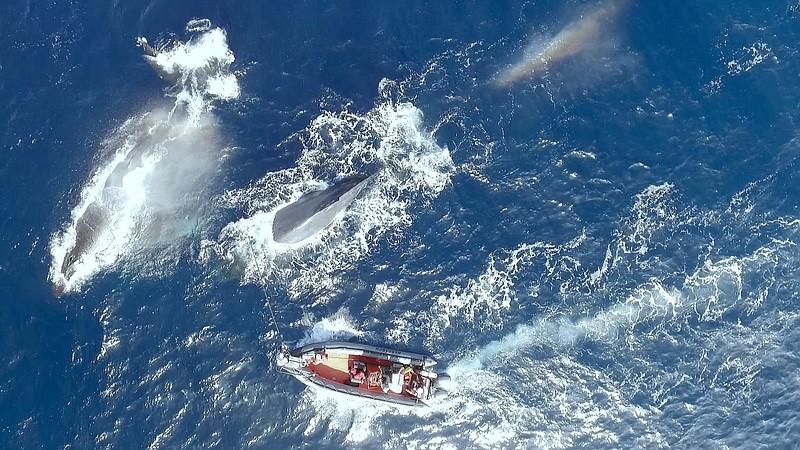 With Ahabian obsession, director Joshua Zeman explores the story of a whale apparently unable to connect with others on his species in “The Loneliest Whale: The Search for 52.”

In 2004 a whale no one had ever seen became a sort of viral star.

New York Times reporter Andrew C. Revkin, in a story headlined "Song of the Sea, a Cappella and Unanswered," told the story of a solitary whale swimming around the Pacific emitting sounds that no other whale could hear.

Known as the 52 Hertz Whale after its sonic signature, it was first detected in 1989 by the U.S. Navy through Cold War-era surveillance equipment at the bottom of the ocean.

For 12 years, the whale was tracked as it called out to others and never received a reply. In 2004, Revkin's article created a buzz around the lonely whale. Over the years, 52 has popped up in pop culture. He was the subject of "52Hz, I Love You," a 2017 Taiwanese film; albums, songs and a children's book have been inspired by his plight.

And now documentary filmmaker Joshua Zeman has entered the fray with "The Loneliest Whale: The Search for 52."

The timing is pretty spot-on, as many in the past 16 months have dealt with at least some level of pandemic-induced isolation and loss and can no doubt identify with a single whale alone in the cold, dark ocean calling out in vain for a friend.

Why do some of us feel a connection to this creature? Why do we project our emotions and needs onto a giant mammal we've never seen? And can a whale even feel loneliness?

Zeman, who saw his first whale when he was 14 and working a summer job on a 19th-century schooner in Gloucester, Mass., investigates these and other aspects of 52's story.

Zeman narrates, perhaps a little too heavy-handedly, about 52 and its meaning to us. He hints around at the idea that the search for 52 may just be the search for his own soul -- with visions of Cap'n Ahab never far away -- but, thank goodness, never goes full bore down that path.

Nor does he allow his own story to overtake his quest for an actual thing, namely 52, which might just be a hybrid between a blue and fin whale.

Zeman talks with experts and scientists who knew marine mammal researcher William Watkins, the scientist who tracked 52 for 12 years and who wrote a paper that summarized his research and inspired the Times' 2004 story.

He thoughtfully details the history of whaling, which nearly depleted the planet's whale population, the impassioned efforts by activists to protect the ocean giants and the current scourge of cargo ships whose engines drown out or disrupt whalesong.

Zeman's quest -- to find a single whale somewhere in the vastness of the Pacific Ocean -- is nigh on impossible.

But when he receives word that 52 might just be off the Southern California coast, he is able to scrape together enough cash for a boat and a week with a crew of scientists to search for the elusive whale (Zeman funded the film through a Kickstarter campaign to which Leonardo DiCaprio, who became a producer, donated).

No spoilers here, of course, but the scenes at sea are exciting. The cinematography might not quite hit "Planet Earth" highs but it's still thrilling. It's the strongest part of the documentary with drama, hope, excitement and frustration.

And it may just make a viewer feel a little less lonely for 90 minutes or so.

‘The Loneliest Whale: The Search for 52’

Available in theaters and streaming 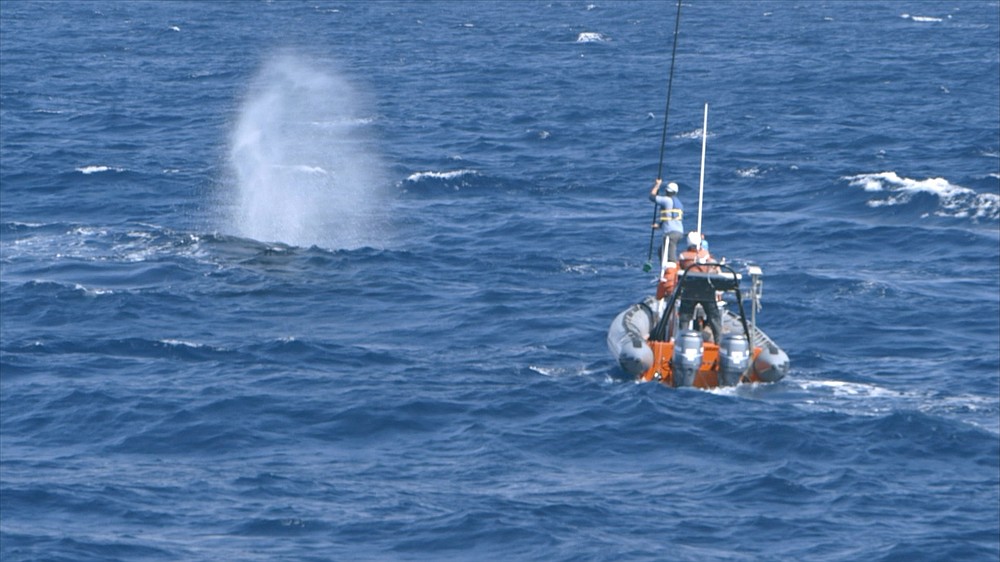 Hear my song: A small craft approaches what scientists believe is a unique creature, a whale that vocalizes at a much higher pitch than other whales, in this scene from “The Loneliest Whale: The Search for 52.”

Print Headline: 'The Loneliest Whale: The Search for 52'