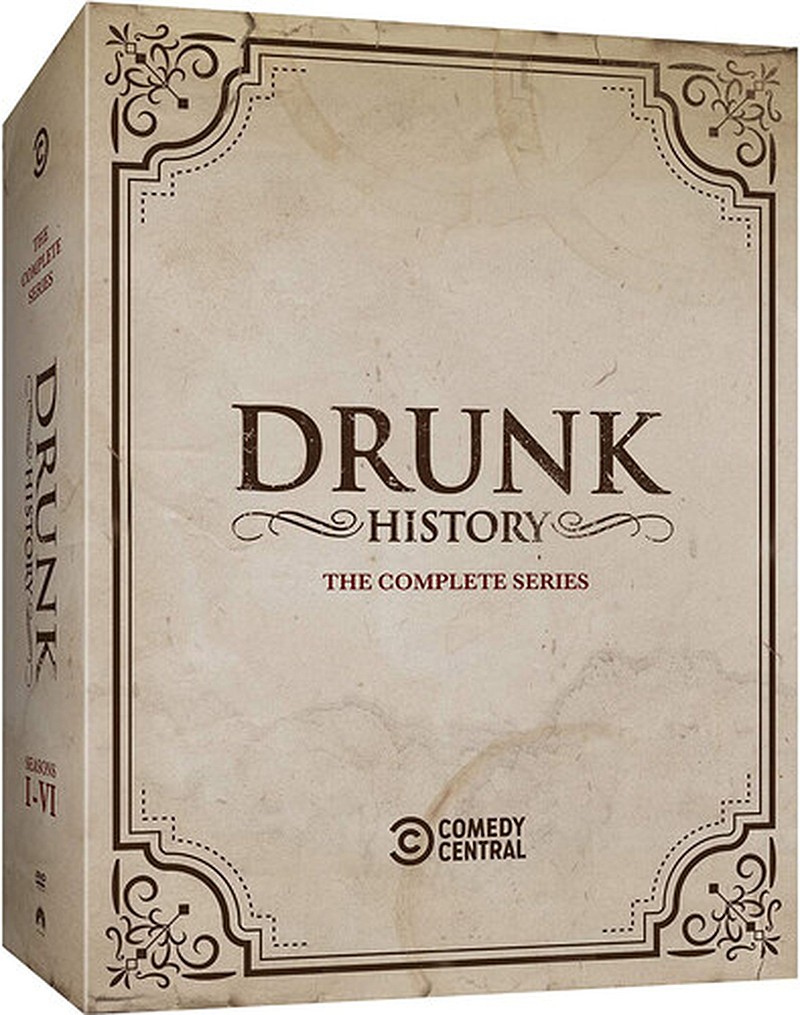 "Drunk History: The Complete Series" (DVD) Six seasons of host Derek Waters' unique Emmy-winning Comedy Central series feature re-enactments and retellings of curious occurences in our past -- some of history's all-stars as well as tales from marginalized communities and groups of people that have never been part of our national dialogue -- as told by actors and comedians who have had a few too many. The results veer wildly from funny and goofy to thought-provoking and sad. Some are more successful than others, but the originality of each production makes for entertainment-worthy TV.

The 11-CD set includes all of the series' 72 episodes, among them seasons 5 and 6, which haven't previously been released on DVD, as well as deleted scenes and outtakes. Among the guest hosts and performers are Tiffany Haddish, Bill Hader, David Harbour, Jesse Plemons, Jon Daly, Jack Black, Bob Odenkirk, Sam Rockwell, Thomas Middleditch, Gabourey Sidibe, Lin-Manuel Miranda, and many more.

"Toofaan" (Amazon Prime) Set in Mumbai, this sports drama, being released today in 240 countries and territories, features Farhan Akhtar as a reformed thug who struggles to leave behind his orphaned upbringing in the Mumbai slums and make a name for himself in the national boxing ring.

Akhtar became the first male Goodwill Ambassador for UN Women in South Asia, joining a list which includes Emma Watson, Nicole Kidman and many other actors. He started the MARD initiative (Men Against Rape and Discrimination) in 2013 in the aftermath of a high profile sexual assault and murder of a female lawyer in Mumbai, 2012. In Hindi and English; directed by Rakeysh Omprakash Mehra.

The film's original release date of September 2020 was delayed several times because of the massive covid-19 pandemic in India.

"Candice Renoir Series 2" (Acorn) The title character in this sparkling and realistic comedy/crime drama is French police lieutenant Candice Renoir (Cecile Bois), who, after a divorce and a 10-year break from her career to raise four children, returns to solving crime cases in a harbor city of southern France and doing a poor job of getting along with her much younger and highly cynical female superior. With Raphael Lenglet, Clara Antoons, Etienne Martinelli, Gaya Verneuil.

"Land Girls" (Acorn, Netflix) This understated, sometimes sentimental three-season BBC period drama from 2009 with a charming ensemble cast follows the lives of four young Brits who are members of the volunteer Women's Land Army, living at the opulent Hoxley Manor Estate while working as laborers at a downtrodden pasture farm during the embattled 1940s of World War II. With Becci Gemmell, Susan Cookson, Mark Benton.