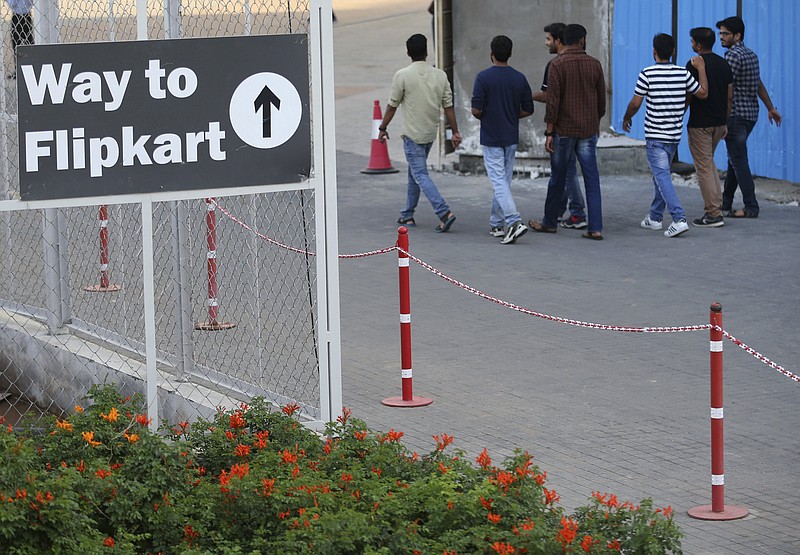 FILE -- People walk past a signage at the Flipkart headquarters in Bangalore, India, Wednesday, May 9, 2018. (AP Photo/Aijaz Rahi)

Walmart Inc. increased its investment in Indian e-commerce firm Flipkart Group in a fundraising round that puts that company’s value at $37.6 billion.

The Bentonville-based retailer said Monday that it was among the leaders in the round that raised $3.6 billion for Flipkart. The company didn’t disclose how much it contributed to that figure.

A number of global investors also participated in the funding round. These included the Canada Pension Plan Investment Board, Japan’s SoftBank Vision Fund 2 and GIC of Singapore.

Judith McKenna, president and chief executive officer of Walmart International, said in a news release that Flipkart “is a great company whose growth and potential mirrors that of India as a whole.”