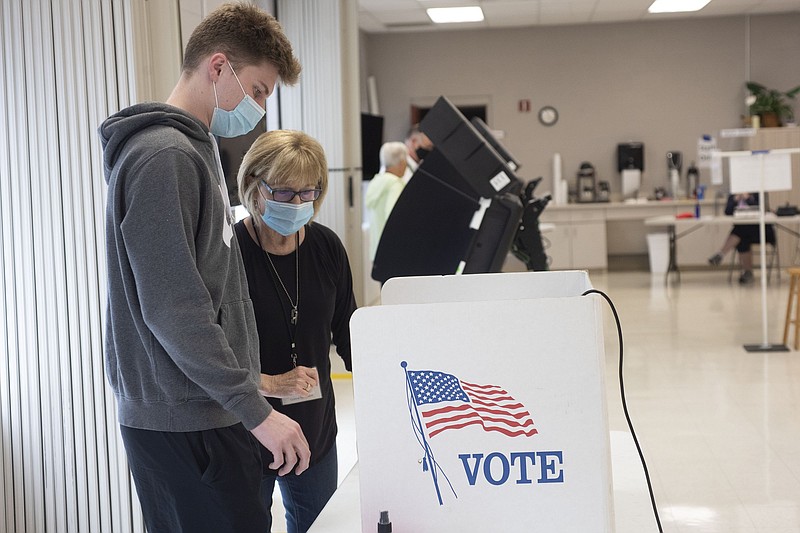 Voters in some communities in Benton and Washington counties will vote today in a series of special elections.

There is a proposed annexation in Cave Springs in Benton County. A new sales tax is on the ballot in Johnson, and the option to pay fire dues when property taxes are collected awaits approval in the Boston Mountain and Sunset fire districts in Washington County.

Cave Springs voters and those in the affected, unincorporated area will decide whether to annex about 2,800 acres to the west of the city. The annexation, which includes the unincorporated part of Arkansas 265 between Cave Springs and Highfill, would increase the city's size by more than 55%, from 5,043 acres to 7,842 acres, if approved, Mayor Randall Noblett said.

Cave Springs is on a sewer system that will be nearing capacity in the next two to three years, he said. The city plans to build a traditional sewer system connecting to the Northwest Arkansas Conservation Authority in Bentonville. The authority runs a regional wastewater treatment plant.

The tax is listed as voluntary. A property owner is covered in the event of a fire if they pay the $50 annual due. The property owner will otherwise be billed for the response if a fire occurs.

Johnson residents will decide whether to OK a temporary 1% sales tax to back a $7.3 million street bond issue, according to the city's website.

The sales tax would raise the city's tax rate from 2% to 3% until the debt is paid, which is estimated to occur around 2046, according to the website. The city plans to use the revenue from the bond sales to improve curb, gutter and drainage and for utility adjustments and sidewalks.

Johnson Mayor Chris Keeney said the bond revenue would be used to construct phase A of the Main/Wilkerson street project.

Johnson residents will also vote on a separate 1% sales tax on prepared food and lodging to pay for city park improvements.

Voters must provide a form of identification.