Now the focus is on how the Phoenix Suns guard responds.

Booker shot 3 of 14 on Sunday night and managed just 10 points as the Suns lost 120-100 to the Milwaukee Bucks in Game 3 of the NBA Finals. That performance came after Booker scored 27 points in Game 1 and 31 points in Game 2. It was the first time he'd been held below 15 points in 19 playoff games.

The Suns expect him to bounce back in Game 4 on Wednesday night.

"They keyed on him," Suns Coach Monty Williams said. "He missed some shots. So that's going to happen."

Booker hasn't experienced many nights like that in this postseason, the first of his six-year NBA career.

He's averaging 26.3 points in the playoffs and has a total of 500 points. He enters Game 4 just 21 points shy of Rick Barry's 54-year-old record for total points in a player's first career postseason, though Barry reached that total in 15 games.

Before Sunday, Booker had scored at least 22 points in five consecutive games.

"I think I can get better ones," Booker said of his shot selection. "We'll make that happen. The point of the game is to win it, and I think there were other things that went on throughout the game. You can say it's a make/miss game, but at the end of the day, you have to make the other team miss and get easy opportunities for your team."

In the first two games of this series, Booker had been able to score in a variety of different ways.

Though he was 1 of 8 on three-pointers in Game 1, he continually drew fouls and made all 10 of his free-throw attempts. He never got to the foul line in Game 2 but sizzled from three-point range.

Nothing really worked for him Sunday night.

The good news for the Suns is that Booker has performed well after struggling in this postseason.

"He's been in this situation before, as you guys alluded to," Williams told reporters after Sunday night's game. "When you get to the Finals, it means you've been in a number of situations. So this is nothing new to us anymore. He'll bounce back." 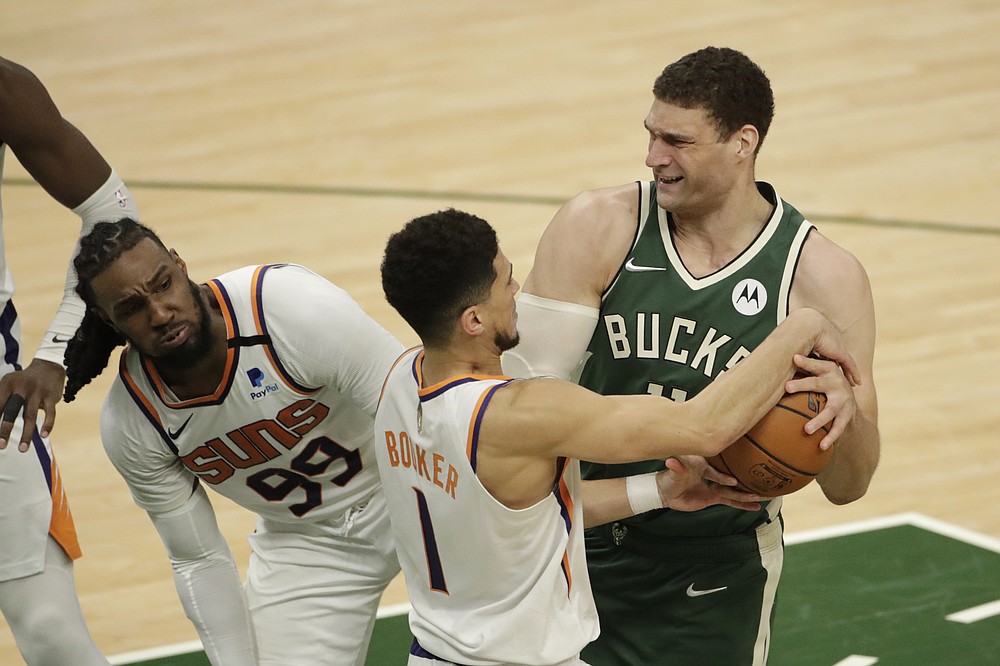 Milwaukee Bucks' Brook Lopez drives to the basket against Phoenix Suns' Devin Booker (1) and Jae Crowder (99) during the second half of Game 3 of basketball's NBA Finals, Sunday, July 11, 2021, in Milwaukee. (AP Photo/Aaron Gash) 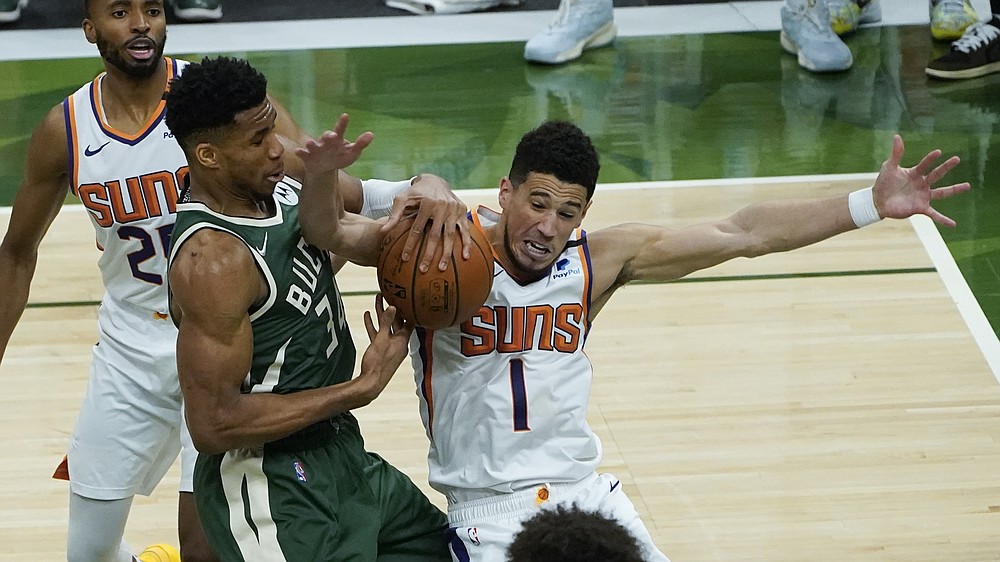 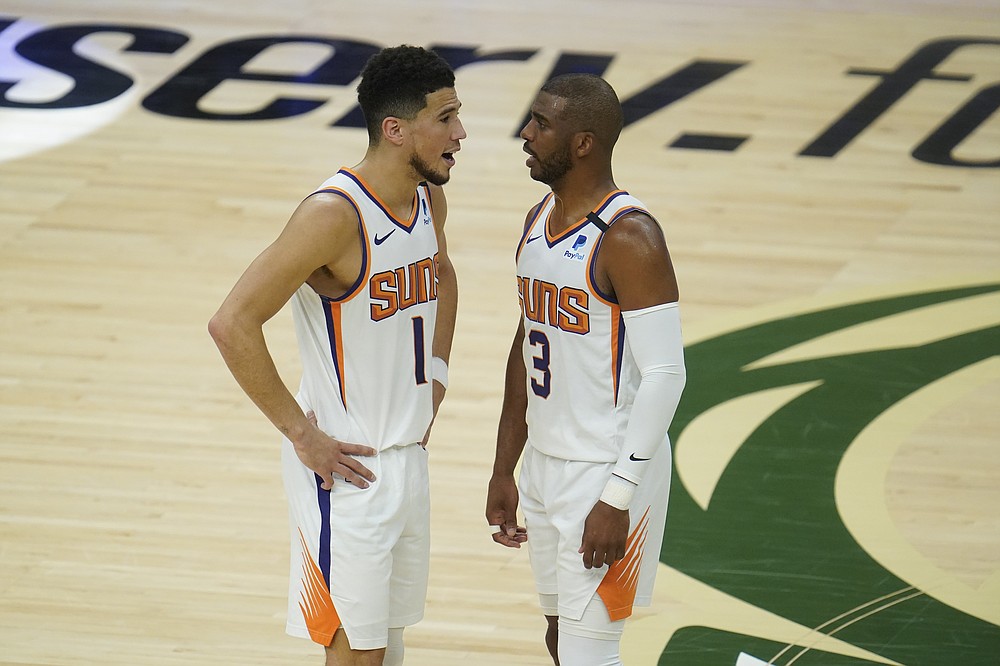 Phoenix Suns' Chris Paul (3) talks with Devin Booker (1) during the first half of Game 3 of basketball's NBA Finals against the Milwaukee Bucks, in Milwaukee, Sunday, July 11, 2021. (AP Photo/Paul Sancya)