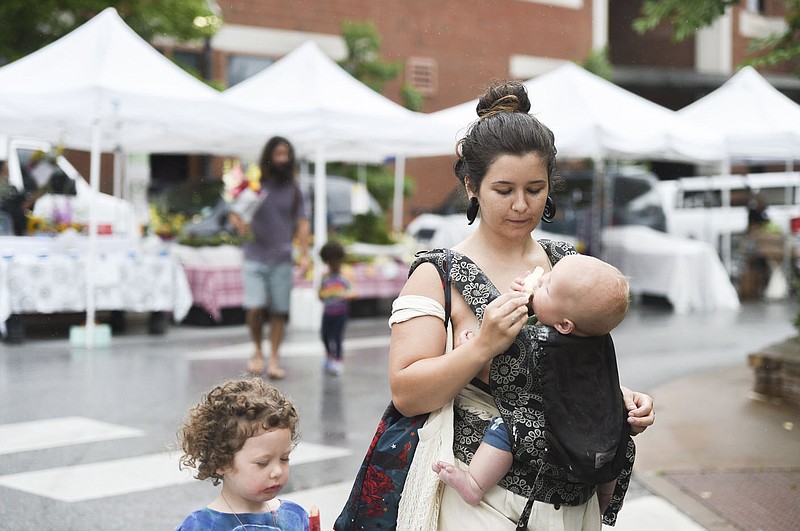 "This June, with our revenue coming in over $2 million, is only the second time we've been over $2 million in one month," Jake Harper, chief financial officer for Bentonville, said Friday.

"One month, January 2018, we were at $3.7 million but that was almost certainly one large purchase or a string of purchases by a single business."

The information provided by the state shows revenue in certain broad categories but not from individual businesses.

Harper said the city's sales tax has shown steady growth throughout the past 12 months, despite the covid-19 pandemic and the restrictions that were placed on some businesses.

Receipts were up in all four of the region's largest cities and for both Benton and Washington counties. Tax revenue received in June comes from sales in April.

Paul Becker, chief financial officer for Fayetteville, said the revenue in June showed increases in categories across the board.

"We're seeing increasing activity in some areas that were very depressed a year ago," Becker said. "Food and restaurants are picking up. Sales in department stores, in building materials and furniture and in the large box-type stores. We're very encouraged. We're seeing some pretty broad increases."

Casey Wilhelm, Rogers finance director, said the percent of increase is exaggerated because all four cities saw declining revenue last year at the beginning of the pandemic. But even taking that into account, she said, the 2021 totals compare favorably to 2019 numbers.

"We're back to where we need to be," Wilhelm said.

Wilhelm said housing construction has been a driving force in Rogers' recent increases in sales tax revenue. Wyman Morgan, with the city of Springdale, also said construction is boosting the economy.

"I think the entire Northwest Arkansas area is booming," Morgan said. "Everybody is up. For the last 12 months, we've been over $18 million for the first time in our history."

Brenda Peacock, Benton County's comptroller, said the county's sales tax revenue is "better than expected." Peacock said to date for 2021, the county is ahead of 2020 by about 43%.

The American Rescue Plan, signed by President Biden on March 11, provided a $1,400 check per person to about 160 million people.

One area mirroring the growth in government revenue is local farmers' markets.

Area farmers' markets were forced to change their business operations last year to comply with health mandates during the pandemic, including fewer vendors and asking customers to wear masks and observe social distancing requirements. Drive-up operations and online purchases were also stressed as alternatives to the traditional public gathering.

This year, according to information from Downtown Bentonville, the market still has vendors distanced in most areas and makes hand-washing stations available, but masks and social distancing are no longer required. The market in 2019 had about 55 vendors and reported sales of about $835,000 in 28 weeks, according to Downtown Bentonville records. In 2020, the number of vendors dropped to 35 and sales were reported at $629,000 over 27 weeks. In 2021, the market is up to about 50 vendors and in 13 weeks sales are up to $501,000.

The Fayetteville Farmers' Market is also seeing customers and sales returning, according to Leann Halsey, business and program coordinator for the market. Halsey said the cold weather and rain early in 2021 slowed the growth of some items, which in turn slowed some early season sales at the market.

Fayetteville did not lift its mask mandate until the beginning of June, Halsey said.

"After that, we did see a change in attendance," Halsey said. "More people are coming out to the market." 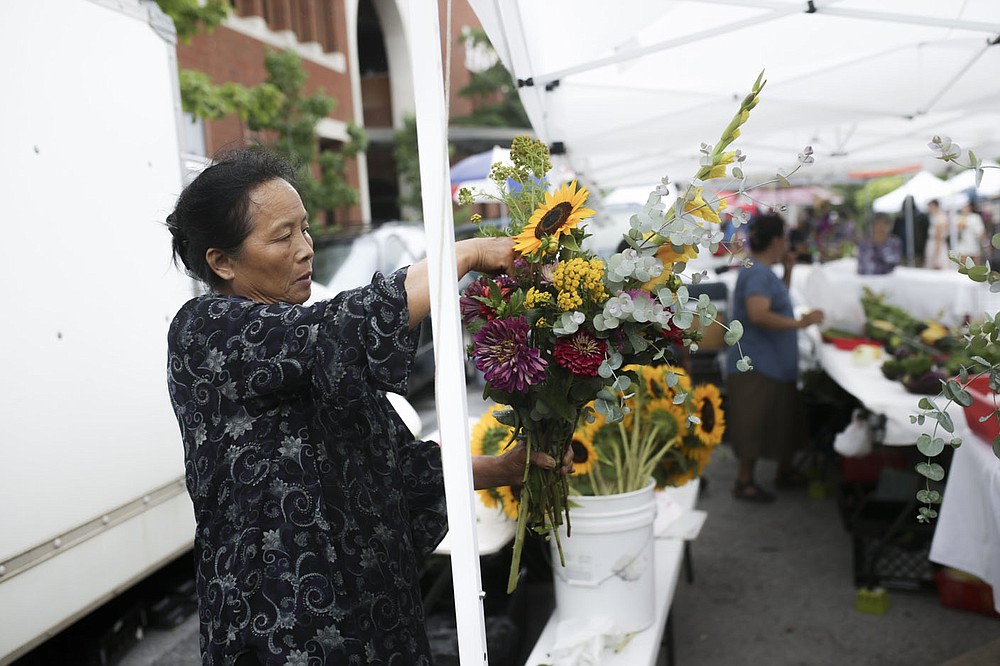 Sales tax reported by cities and counties in June represents sales made by merchants in April. The merchants submit the taxes they collect to the state Department of Finance and Revenue after the end of each month. Once all of the tax money has been sent to the state, the department calculates the amount due to each taxing entity and sends that money to the local governments.

Source: Department of Finance and Administration