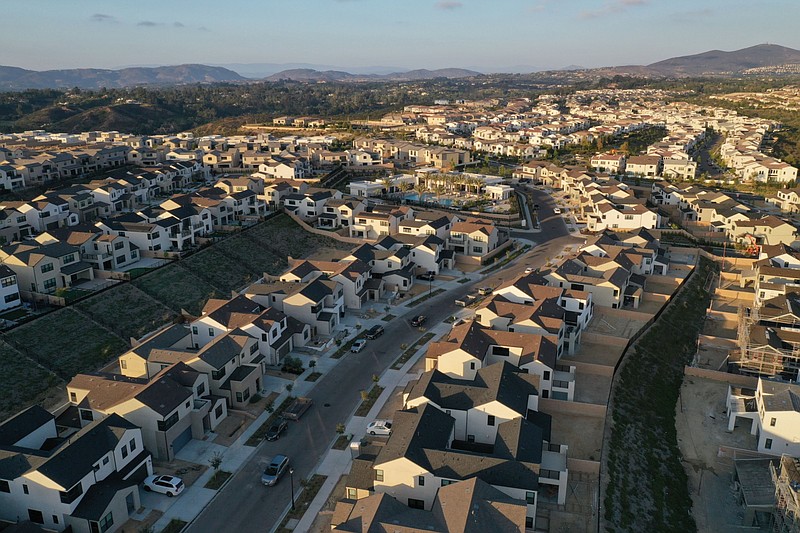 The cost of renting a home is soaring in cities nationwide, squeezing the finances of low-income households and threatening the consensus that pandemic inflation will soon fade away.

The median national rent climbed 9.2% in the first half of 2021, according to Apartment List. While part of the increase reflects a bounce-back in prices that dropped earlier in the pandemic, the real-estate firm reports rents are now higher than if they had stayed on their pre-covid track.

And they're still rising at a rapid clip -- just at the time of year when the largest number of lease renewals fall due, locking millions of tenants into bigger monthly bills. Surveys by the New York Fed and Fannie Mae suggest renters are braced for further increases of 7%-10% in the coming year.

Higher rents are the kind of price increase that's hard to reverse -- unlike many of the ones that have accompanied the economy's reopening, from lumber to used cars. That means a sustained run-up in rents could represent a bigger challenge to the Federal Reserve's view -- shared by most investors -- that the current spike in inflation will prove transitory.

"It's a stickier trend that I think we're seeing in other components right now," said Sarah House, an economist at Wells Fargo & Co. "When you're signing a lease, on average, it's probably for a year or so."

Another effect of rental inflation is to widen inequalities in the housing market that play into wider gaps in income and wealth. The pandemic recovery has been labeled "K-shaped" by some analysts because its benefits skewed toward the rich.

House prices jumped the most in more than 30 years in the 12 months through April.

The 15% gain in the benchmark Case-Shiller index over that period "would translate into a wealth gain of $45,000 for a typical homeowner," said Lawrence Yun, chief economist at the National Association of Realtors. Many of those owners also refinanced mortgages at historically low interest rates during the pandemic -- trimming their monthly payments even as the value of their equity surged.

There were about 9 million refinance deals in the U.S. last year, according to research firm CoreLogic, and they produced an average saving of about $180 a month for the borrower -- locked in for as long as 30 years. Meanwhile renters -- whose typical income is about half that of homeowners, according to pre-pandemic research by Zillow Group Inc. -- are seeing their housing bills rise.

Many also face the threat of eviction when a federal moratorium expires at the end of July.

June and July are the months when the largest number of leases come up for renewal. A typical renter signing a new contract this summer will be paying almost $100 a month more, according to the Apartment List data.

"The seasonal cycle could bring an easing of demand pressures later in the year." There's a lot of seasonality in terms of home sales and house prices," said Frank Nothaft, chief economist at CoreLogic. "Few people realize a very similar seasonality occurs with rents, as most tenants will move in the summer."

The headline inflation numbers published by the Bureau of Labor Statistics also show a pickup in rental prices, though it's much smaller than the one showing up in data from the real-estate industry. Part of the gap could be explained by the methodology of the Bureau's survey, which only ask renters to report prices twice a year.

The rent index was up 2.2% in May from a year earlier. Apartment List's data show prices were up 2.3% in June alone.

That's compared with previous years when rents typically rose about 2% or 3% over the first half, said Chris Salviati, an economist at the firm. Some of the surge in demand for rentals is part of a broader upheaval in housing markets triggered by the pandemic -- which spurred Americans to seek more living space in the suburbs, while also pricing many out of buying homes there.

Wall Street, which historically hasn't paid much attention to the rental sector, has noticed.

The covid-19 crisis has also amplified regional variations in housing and rental markets that are local by nature, making nationwide figures a limited guide.

In New York City, for example, even though rents increased 4.7% over the past month, they're still about where they were at the start of the pandemic. That's because the first months of the crisis triggered a plunge in rents as people moved to lower-density neighborhoods.

A few high-cost markets like San Francisco remain cheaper than in March last year. By contrast, renters in most cities are paying substantially more than they were back then.

In Sacramento, a one-bedroom apartment is up about $200 a month from a year earlier, while in Boise the jump is almost $270.