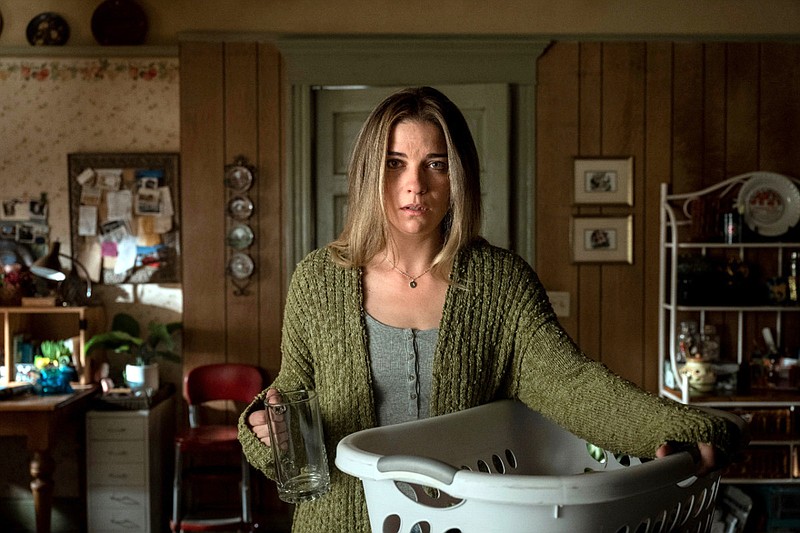 Canadian actor Annie Murphy is trapped in the role of Allison, a long-suffering sitcom wife, in the dark AMC series “Kevin Can F*** Himself.”

A list of movies and series recently added to streaming services:

"Kevin Can F * *k Himself" (AMC) Here we have a strikingly original mix of a stereotypical network comedy, complete with a laugh track, and a darker drama about the trauma working-class Massachusetts wife Alison McRoberts (Annie Murphy) endures in trying to make something of the disappointing life she leads with a childish, self-indulgent jerk/husband Kevin (Eric Petersen). The comedy portions are bright, noisy, and loaded with the cliches that mark decades of sitcoms, while the segments that investigate Alison's inner workings that are cloudy, intense, and sometimes disturbing. It's not for everyone, but intriguing. With Mary Hollis Inboden, Brian Howe, Raymond Lee.

"Big Timber, Season 1" (Netflix) Some of us aren't fans of reality TV, but this newly released series, set in Canada, sounds intriguing: A practical, get-er-done logger and his hard-working crew labor to defy churlish weather and difficult-to-control machinery to harvest super-valuable lumber from Vancouver Island.

"The Grifters" (R, 1 hour, 50 minutes, HBO Max) Superbly stylish, this dark 1990 noir crime drama will teach you not to trust anybody after experiencing the skill at which Lilly Dillon (Anjelica Huston) manipulates the hapless suckers she seeks to swindle. In between taking care of business for her bookie boss Bobo (Pat Hingle), she teaches grifting skills to her son Roy (John Cusack) and his girlfriend Myra (Annette Bening), who turns out to be a quick study. It's inevitable, though, that they'll learn crime doesn't pay. Directed by Stephen Frears.

"The Tomorrow War" (PG-13, 2 hours, 20 minutes, Amazon) Time travelers from 2051 show up in the present day to recruit civilians to be soldiers in a battle against a fast-approaching alien invasion. Among them is high school teacher Dan Forester (Chris Pratt). With Yvonne Strahovski, J.K. Simmons, Betty Gilpin; directed by Chris McKay.

"Whitstable Pearl" (Acorn) If Kerry Godliman, who plays a seaside town restaurant owner and private detective in this alternately charming and challenging British drama, looks familiar, it's because she is so fabulous as the delightful wife of Ricky Gervais' sad-sack widower in "After Life," in which he tortured himself by watching videos of her before her death from cancer. She's just as watchable here as Pearl, who tests her newly developed investigative skills when a friend dies under suspicious circumstances and she must work with newly arrived big-city cop Mike McGuire (Howard Charles), who tends to be condescending -- for a while.