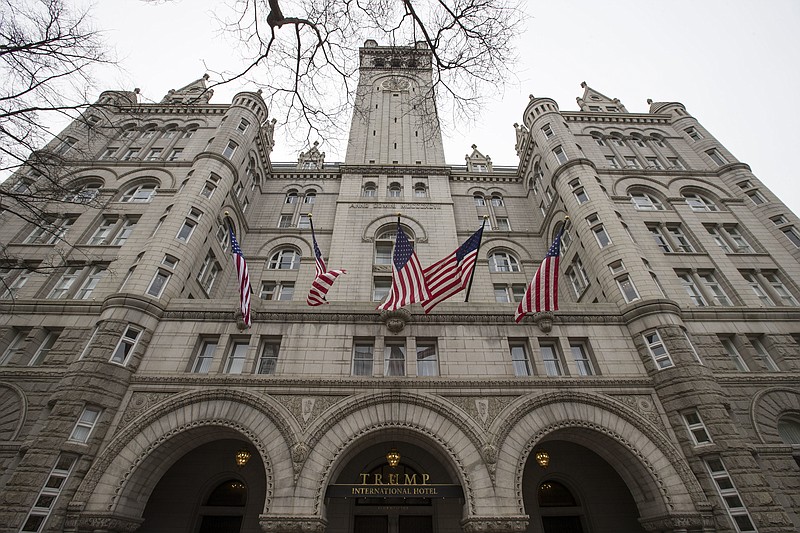 FILE - In this Jan. 4, 2019 file photo, the Trump International Hotel, is shown in Washington. A federal appeals court has revived a lawsuit accusing President Donald Trump of illegally profiting off the presidency through his luxury Washington hotel. The lawsuit brought by the state of Maryland and the District of Columbia claims Trump has violated the emoluments clause of the Constitution by accepting profits through foreign and domestic officials who stay at the Trump International Hotel. (AP Photo/Alex Brandon, File)

WASHINGTON -- The Supreme Court on Monday brought an end to lawsuits over whether Donald Trump illegally profited off his presidency, saying the cases are moot now that Trump is no longer in office.

The high court's action was the first in an expected steady stream of orders and rulings on pending lawsuits involving Trump now that his presidency has ended. Some orders may result in dismissals of cases since Trump is no longer president. In other cases, proceedings that had been delayed because Trump was in the White House could resume and their pace even quicken.

The justices threw out Trump's challenge to lower-court rulings that had allowed lawsuits to go forward alleging that he violated the Constitution's emoluments clause by accepting payments from foreign and domestic officials who stay at the Trump International Hotel and patronize other businesses owned by the former president and his family.

The high court also ordered the lower-court rulings thrown out as well and directed appeals courts in New York and Richmond, Va., to dismiss the suits as moot now that Trump is no longer in office.

The outcome leaves no appellate court opinions on the books in an area of the law that has rarely been explored in U.S. history.

[Video not showing up above? Click here to watch » https://www.youtube.com/watch?v=vEBRb8wTj50]

The cases involved suits filed by Maryland and the District of Columbia, and high-end restaurants and hotels in New York and Washington, D.C., that "found themselves in the unenviable position of having to compete with businesses owned by the President of the United States."

The suits sought financial records showing how much state and foreign governments have paid the Trump Organization to stay and eat at Trump-owned properties.

The cases never reached the point where any records had to be turned over.

But Karl Racine and Brian Frosh, the attorneys general of Washington, D.C., and Maryland, respectively, said in a statement that a ruling by a federal judge in Maryland that went against Trump "will serve as precedent that will help stop anyone else from using the presidency or other federal office for personal financial gain the way that President Trump has over the past four years."

The litigation was consumed with questions about who had the right to bring such a suit, and legal questions without precedent.

"We are proud that because of our case, a court ruled on the meaning of 'emoluments' for the first time in American history, finding that the Constitution prohibits federal officials from accepting almost anything of value from foreign or domestic governments," Racine and Frosh said.

They added: "History will note that at every step of this case, President Trump and political appointees at the Department of Justice went to extreme lengths to prevent us from uncovering the true extent of his corruption. He attempted to short-circuit the rules of legal procedure to have our case dismissed and avoid discovery into his finances, arguing that the law did not apply to him."

Other cases involving Trump remain before the Supreme Court, or in lower courts.

Trump is trying to block the Manhattan district attorney's enforcement of a subpoena for his tax returns, part of a criminal investigation into the president and his businesses. Lower courts are weighing congressional subpoenas for Trump's financial records. And the justices also have before them Trump's appeal of a decision forbidding him from blocking critics on his Twitter account. Like the emoluments cases, Trump's appeal would seem to be moot now that he is out of office and also had his Twitter account suspended.

​​​​​Information for this article was contributed by Mark Sherman of The Associated Press; and by Robert Barnes and Ann E. Marimow of The Washington Post. 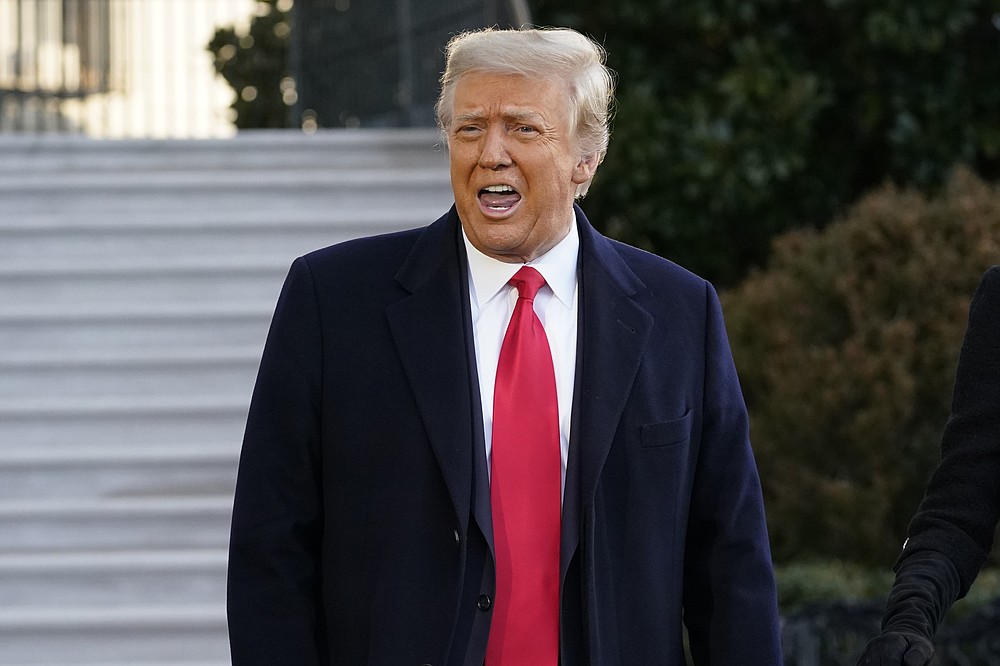 President Donald Trump speaks with reporters as he walks to board Marine One on the South Lawn of the White House, Wednesday, Jan. 20, 2021, in Washington. Trump is en route to his Mar-a-Lago Florida Resort. (AP Photo/Alex Brandon) 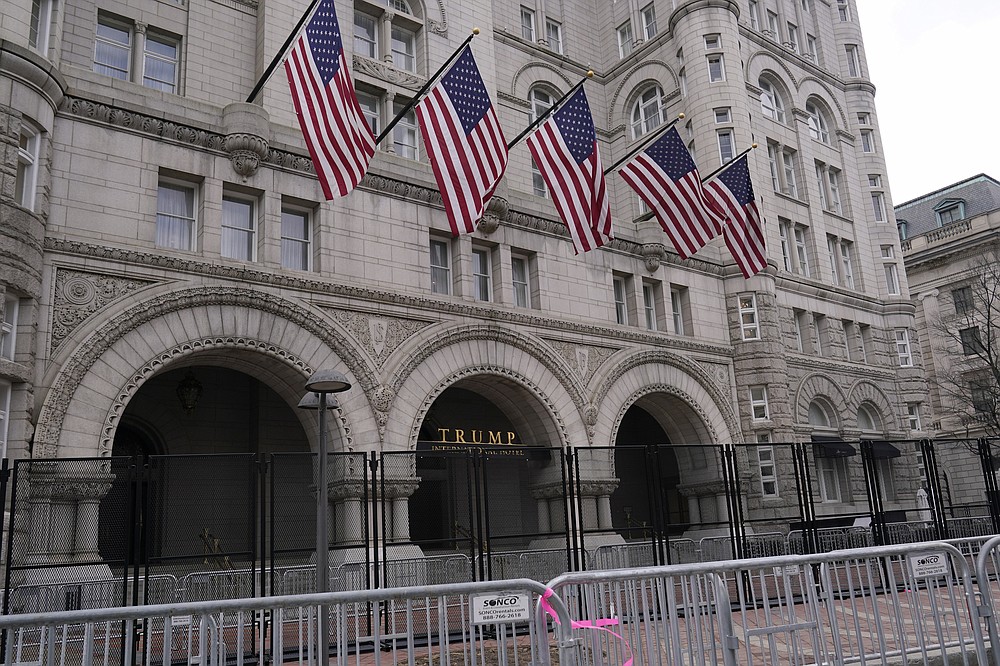 Extra security barricades are outside the Trump Hotel in Washington, Friday, Jan. 15, 2021, ahead of the inauguration of President-elect Joe Biden and Vice President-elect Kamala Harris. (AP Photo/Susan Walsh)
ADVERTISEMENT