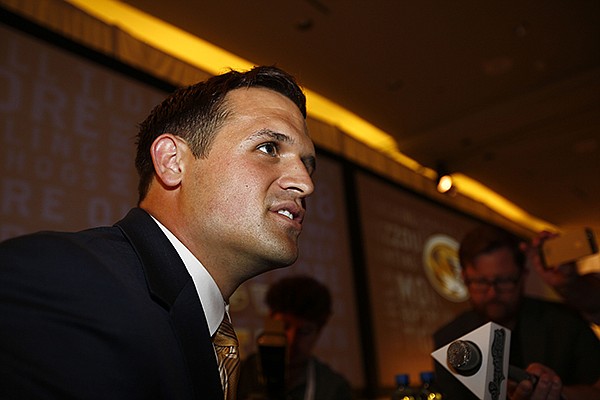 FAYETTEVILLE — University of Arkansas defensive coordinator Barry Odom has bolstered his unit with a protege as Michael Scherer has been promoted to an on-field position as linebackers coach.

Sources confirmed that Scherer will move up from his position as defensive quality control coach into one of the 10 on-field positions.

The former Missouri linebacker, who played his final season in 2016 with Odom as his head coach, will replace Rion Rhoades as the Razorbacks' linebackers coach. Sources have indicated Rhoades will remain with the football staff in some capacity, possibly in the position of director of high school and NFL relations formerly held by Bobby Allen.

Scherer is seen as an up and comer in the coaching ranks after racking up 266 tackles at Missouri from 2012-16. His redshirt senior season was cut short by major knee surgery. He gave professional football a short run before entering the coaching profession as a graduate assistant at Missouri in 2019.

Scherer was promoted for one game during the season to serve as an on-field coach in the Razorbacks’ game at Florida when Coach Sam Pittman was sidelined due to a covid-19 quarantine and Odom served as interim head coach. Scherer worked that game from the press box while Odom worked on the sideline.