Tennessee rekindles UConn rivalry in search of past spark 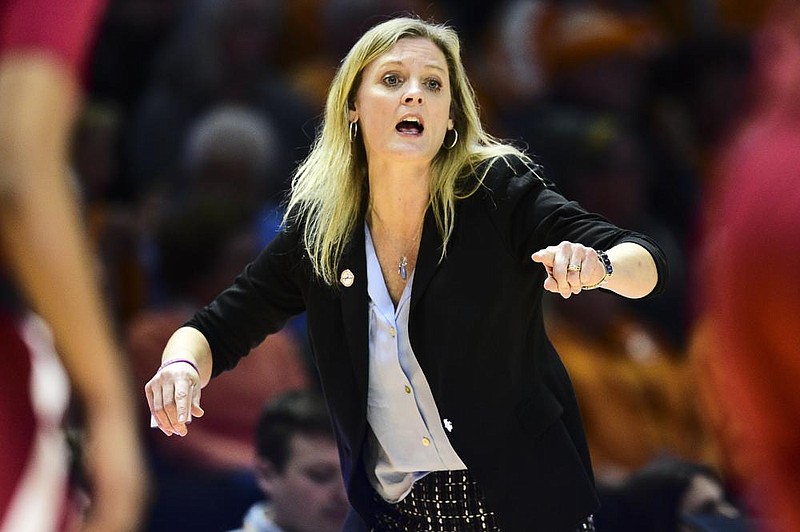 Kellie Harper, who is in her second season as the Tennessee women’s coach, helped lead the Lady Volunteers to three national championships as a player. The No. 25 Lady Vols host No. 3 Connecticut tonight. (AP file photo)

Kellie Harper feels the shadow of Pat Summitt still looms over the Tennessee Lady Vols, as well as the expectations that come with coaching the winningest program in women's college basketball history.

The second-year Tennessee head coach also knows the program is a shadow of what it was under Summitt, and that trying to be her is not the way to build a contender.

"That's just not going to work," Harper said. "And what I can do is be the best me that I can possibly be. You're going to sell yourself short if you're trying to be somebody that you're not."

One lesson Harper learned well while winning three national championships playing for Summitt is play the best teams in the nation anywhere, anytime.

That's why No. 25 Tennessee (9-2) will host No. 3 UConn (8-0) for the first time in 15 years tonight in the second game of the Naismith Memorial Basketball Hall of Fame Revival Series.

Her Lady Vols lost to UConn 60-45 a year ago, the first time these teams had met in 13 years. Tonight's game caps off the 10th annual "We Back Pat" week to support Summitt and the foundation in her name fighting Alzheimer's.

UConn Coach Geno Auriemma, who passed Summitt with his 1,099th career win Tuesday night, doesn't see his Huskies playing Tennessee as a big deal anymore. He doesn't feel the buzz in the media or even in his neighborhood that used to stir around this rivalry.

"Maybe because it's been too long. Maybe it's because it was never about Tennessee and Connecticut. Maybe it was Pat and Geno after a while," Auriemma said. "I don't know, but I don't feel it. I don't know if Kellie does. I've never asked her."

A major reason for a lack of attention on these teams playing again might be that Tennessee simply hasn't measured up to the standard still being met by Auriemma and UConn.

Auriemma now has 11 national championships, his last in 2016, and his Huskies remain a top five program.

Tennessee's eighth and last title was in 2008 with Summitt, who died in June 2016. Harper is the second coach since Summitt retired in April 2012, and the Lady Vols slipped into the Top 25 last week for the first time this season.

UConn freshman Paige Bueckers said she's too young to remember the rivalry between the Huskies and Tennessee, which is just history to her now.

"When I was growing up the huge rivalry was with Notre Dame, so I didn't really get to see that UConn-Tennessee rivalry for myself," Bueckers said. "But just seeing all the videos and all the pieces they've done on it over the years, I know how big it is."

Auriemma has recruited top talent right under the Lady Vols' noses. Crystal Dangerfield of Murfreesboro, Tenn., chose Auriemma in 2016. When Harper was hired, Evina Westbrook transferred to UConn where she's started every game this season after being Tennessee's leading scorer.

"I'm really just focused on getting the 'W' with my team," Westbrook said. "I'm not really focused on them and what they have going on over there."

Auriemma noted everything has changed, including himself.

"The only thing that will be the same is the building that we walk into, the locker room that we use," Auriemma said. "But, I don't think anything else is the same. There's nothing the same about Tennessee women's basketball like it was 15 years ago. They've gone through incredible changes, as have we."

Harper said she definitely has interest in scheduling games against UConn in the future. She also said the Lady Vols are really excited that people are looking forward to this game.

"I think a lot of people worked hard to make this a big game for women's basketball nationwide," Harper said. "And to have those games in our sport, I think is really good because people tune in and people watch, and hopefully, they will do so on [today]."

Auriemma said not everybody likes to play really good teams, and it's possible this series can continue without another long gap.

"The fact that Kellie wants to do that is a great thing," he said, "and says a lot about Kellie." 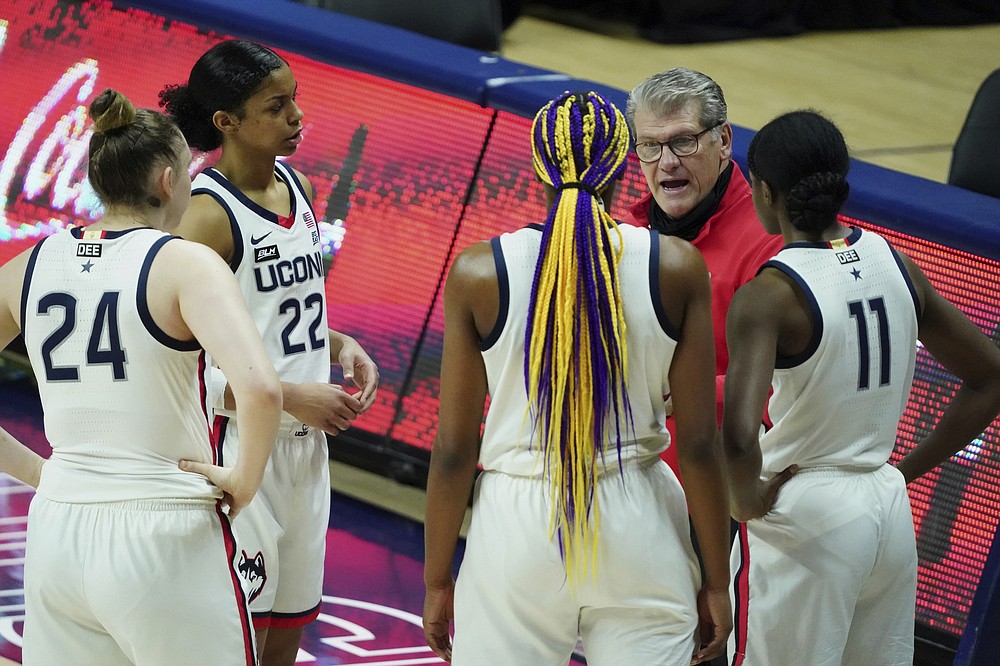 Connecticut head coach Geno Auriemma talks to his player during a break in the action in the second half of an NCAA college basketball game Tuesday, Jan. 19, 2021, in Storrs, Conn. (David Butler II/Pool Photo via AP) 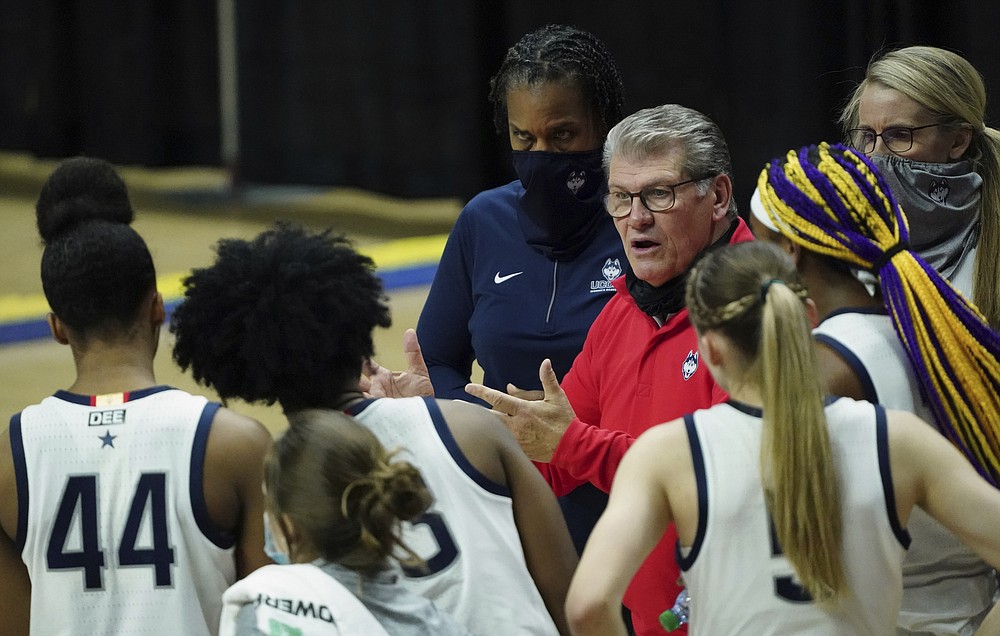 Connecticut head coach Geno Auriemma talks to his player during a break in the action in the second half of an NCAA college basketball game Tuesday, Jan. 19, 2021, in Storrs, Conn. (David Butler II/Pool Photo via AP)
ADVERTISEMENT