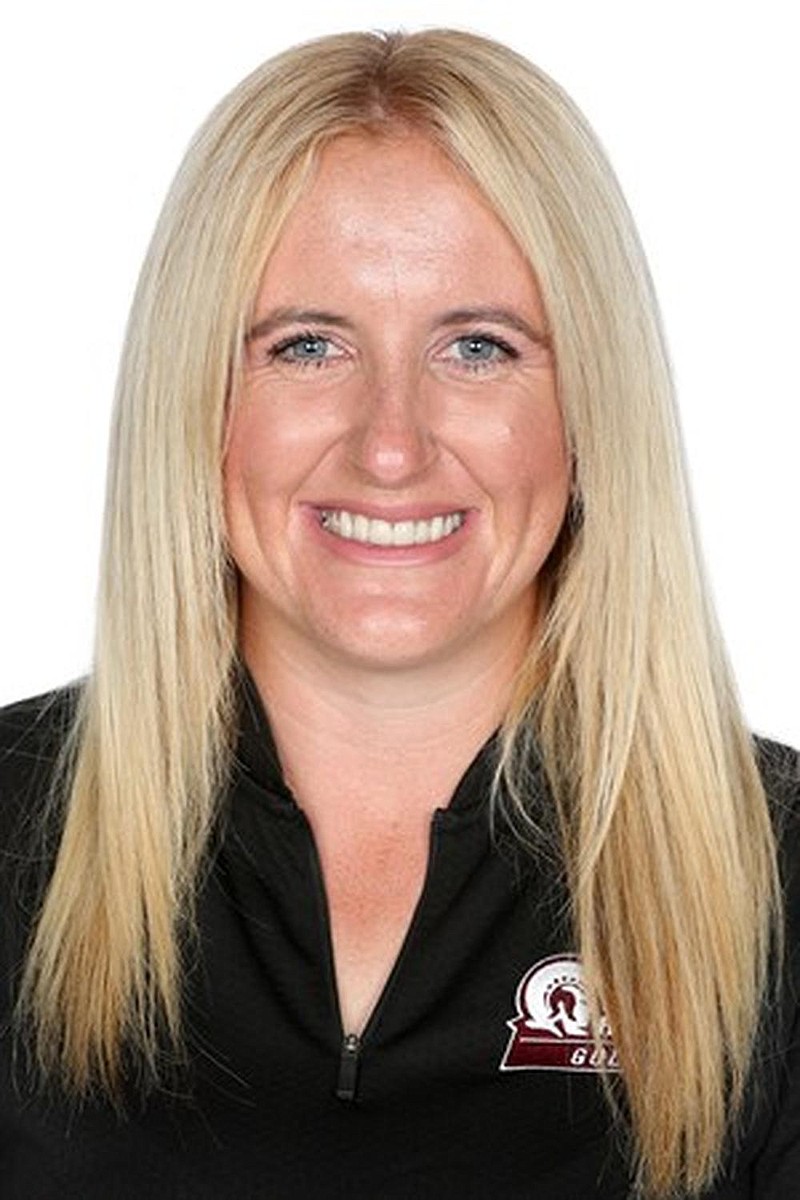 At the summit of Mount Kilimanjaro -- 19,341 feet above sea level -- the air is thin. At the literal and figurative peak of a six-day, round-trip journey, climbers are advised to spend no more than 20 minutes atop the volcano.

But before she could begin her descent, University of Arkansas at Little Rock women's golf coach Jenna Wylie removed a maroon and silver flag from her daypack and posed for one last photo at the top.

Against the insistence of her guides, more than 8,500 miles from Little Rock, Wylie had to represent the Trojans.

"They don't want us up there that long because of the oxygen," Wylie said. "But I told people here that if they gave me a flag to bring, I'd take it. So we had to get the photo."

Wylie, UALR's second-year coach, traveled to Tanzania and ascended Mount Kilimanjaro last month, reaching the summit of the world's fourth-highest peak on New Year's Day. Her pose with the flag came after four days and more than 30 hours climbing prior to a two-and-a-half-day trek back down the volcano.

Wylie initially planned her journey for November, but due to covid-19 instead embarked on the adventure in late December after spending Christmas at home in her native England.

In a Facebook post from 10 years ago -- one Wylie rediscovered after returning from her trip -- she wrote: "I think I may climb Kilimanjaro this year."

A decade later, she had reached Africa's highest point.

"This was something I've always wanted to do," she said. "It was just always on a bucket list."

In preparation for the climb, Wylie worked with a personal trainer to build leg strength. She committed herself to running to build the required cardio for the long hikes that took her up the volcano.

And she had to break in her hiking boots

"They tell you to go get roughly 150 miles on them before you come," Wylie said.

In the year that preceded the trip, Wylie wore her boots as often as she could. She threw them on for long walks with her husband Justin, and for hikes with their dogs at Pinnacle Mountain State Park. She also wore them on the golf course during practice, taking every opportunity to put miles onto the crucial footwear.

Covid-19 not only pushed Wylie's climb back several weeks but also significantly dwindled the group with which she made the journey. Just before she arrived in Tanzania, Wylie learned it would just be her and one other climber.

She met Jeremy Bergstrom the night before the climb began over dinner at their hotel. He had caught the travel bug during his 13 years serving in the U.S. military, and after trips around the world to Europe, Africa and Asia, he decided to take on Mount Kilimanjaro at the end of 2020. The environmentalist from Houston found a compatible climbing partner in Wylie.

"The chemistry was right there," Bergstrom said. "It just kind of clicked. We were making fun of each other and just goofing like we'd known each other forever."

On the trails, it was just the two Americans and their local mountain guides. To pass the time, they played music from their phones; Bergstrom introduced the guides to "old-school rap," and the group sang along together to an Ed Sheeran play list.

On the fourth day of the climb, they reached base camp beneath the summit where they celebrated the new year before venturing toward the top.

When they reached it, Wylie unveiled her flag. Bergstrom broke out a tiny bottle of Jameson whiskey.

Wylie plans to climb Mount Kilimanjaro again and to invest in Tanzania. The UALR women's golf program has been recognized for its community service under Wylie's watch, and she intends to extend those efforts on her next trip to Tanzania.

"My plan is to go back and partner with a school or an orphanage and do some work over there," she said.

As for the flag that reached the summit, it came home with Wylie. She intends to visit locales including the Great Barrier Reef and Great Wall of China, meaning the flag may have more trips ahead of it.