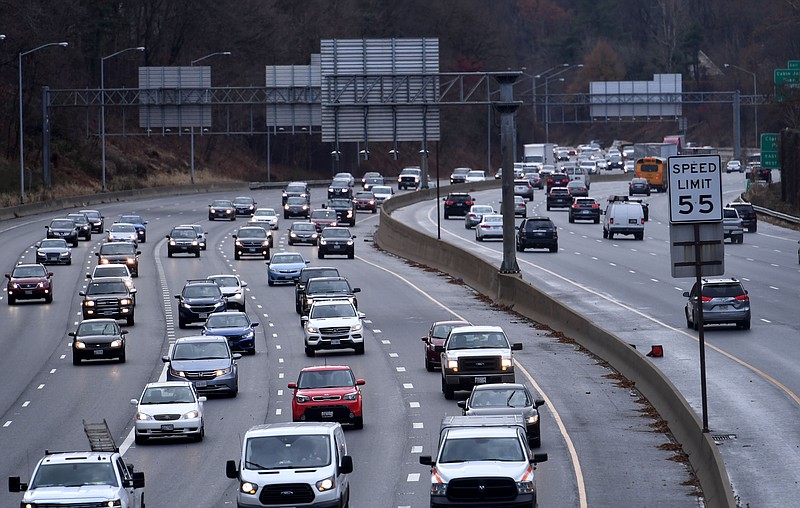 The Trump administration will delay increasing fines on manufacturers that fail to meet emissions standards to curb global warming, even after losing two lawsuits over the issue. Shown, traffic backups in Bethesda, Md., on the Capital Beltway on Dec. 2, 2019. (Washington Post/Katherine Frey)

WASHINGTON -- The federal auto regulator said this week that it would delay an increase in fines imposed on manufacturers that fail to meet emissions standards designed to curb global warming, even after the Trump administration has lost two lawsuits over the issue.

The National Highway Traffic Safety Administration made the move in an order issued without the normal public comment period, an approach environmentalists decried as a last-minute ploy to reward the auto industry to the tune of hundreds of millions of dollars.

Richard Revesz, a law professor at New York University, said the agency's action was "directly inconsistent" with a ruling last year by a federal appeals court in New York.

The new order is one among many environmental rollbacks the Trump administration has sought to finalize in its waning days. It follows last year's rules significantly weakening the emissions standards themselves, a change that the government's own analysis forecasts will result in vehicles pumping hundreds of millions of tons of additional carbon dioxide into the atmosphere.

The emissions standards fines are intended to push the industry to make more efficient cars, but fines have barely increased since they first were set in the 1970s, effectively making it cheaper each year to flout rules. Holding down the fines also reduces the value of credits automakers can sell if they exceed standards.