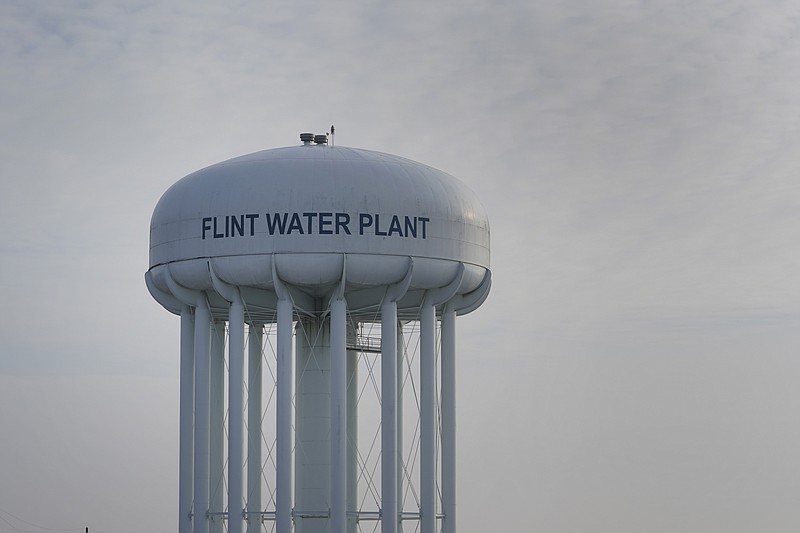 The Flint Water Plant tower is shown in Flint, Mich., Wednesday, Jan. 13, 2021. Some Flint residents impacted by months of lead-tainted water are looking past expected charges against former Gov. Rick Snyder and others in his administration to healing physical and emotional damages left by the crisis. (AP Photo/Paul Sancya)

LANSING, Mich. -- Former Michigan Gov. Rick Snyder was charged Wednesday with willful neglect of duty after an investigation of ruinous decisions that left Flint with lead-contaminated water and a regional outbreak of Legionnaires' disease.

The charges, revealed in an online court record, are misdemeanors punishable by up to a year in jail and a $1,000 fine.

No governor or former governor in Michigan's 184-year history had been charged with crimes related to their time in that office, according to the state archivist.

"We believe there is no evidence to support any criminal charges against Gov. Snyder," defense attorney Brian Lennon said Wednesday night, adding that state prosecutors still hadn't provided him with any details.

Lennon said Tuesday that a criminal case would be "outrageous." Snyder and others were scheduled to appear in court today, followed by a news conference by Attorney General Dana Nessel and prosecutors.

Besides Snyder, a Republican who was governor from 2011 through 2018, charges are expected against other people, including former officials who served as his state health director and as a senior adviser.

The alleged offense date is April 25, 2014, when a Snyder-appointed emergency manager who was running the struggling, majority Black city carried out a money-saving decision to use the Flint River for water while a regional pipeline from Lake Huron was under construction.

The corrosive water, however, was not treated properly and released lead from old plumbing into homes in one of the worst manmade environmental disasters in U.S. history.

Despite desperate pleas from residents holding jugs of discolored, skunky water, the Snyder administration took no significant action until a doctor reported elevated lead levels in children about 18 months later.

"I'm sorry and I will fix it," Snyder promised during his 2016 State of the State speech.

Authorities counted at least 90 cases of Legionnaires' disease in Genesee County, including 12 deaths. Some experts found there was not enough chlorine in the water-treatment system to control legionella bacteria, which can trigger a severe form of pneumonia when spread through misting and cooling systems.

The disaster made Flint a national symbol of government dereliction, with residents forced to line up for bottled water and parents fearing their children had suffered permanent harm. Lead can damage the brain and nervous system and cause learning and behavior problems. The crisis was highlighted as an example of environmental injustice and racism.

More than 9,700 lead service lines at homes have been replaced. Flint's water, which now comes from a Detroit regional agency, gets good marks, although many distrustful residents still use filters.

The criminal investigation has lasted five years under two teams of prosecutors. Todd Flood, who got misdemeanor convictions from seven people, was ousted in 2019 after the election of Nessel, a Democrat. Fadwa Hammoud subsequently dropped charges in eight pending cases and said the investigation would start over. She said the first team had failed to collect all available evidence. 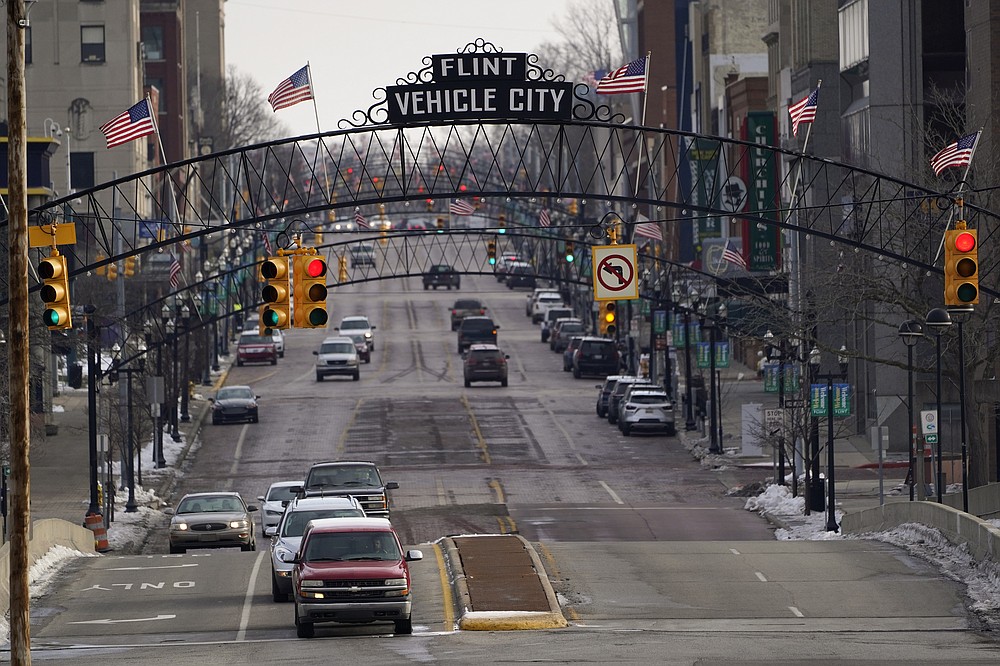 Vehicles drive through downtown Flint, Mich., Wednesday, Jan. 13, 2021. Some Flint residents impacted by months of lead-tainted water are looking past expected charges against former Gov. Rick Snyder and others in his administration to healing physical and emotional damages left by the crisis. (AP Photo/Paul Sancya) 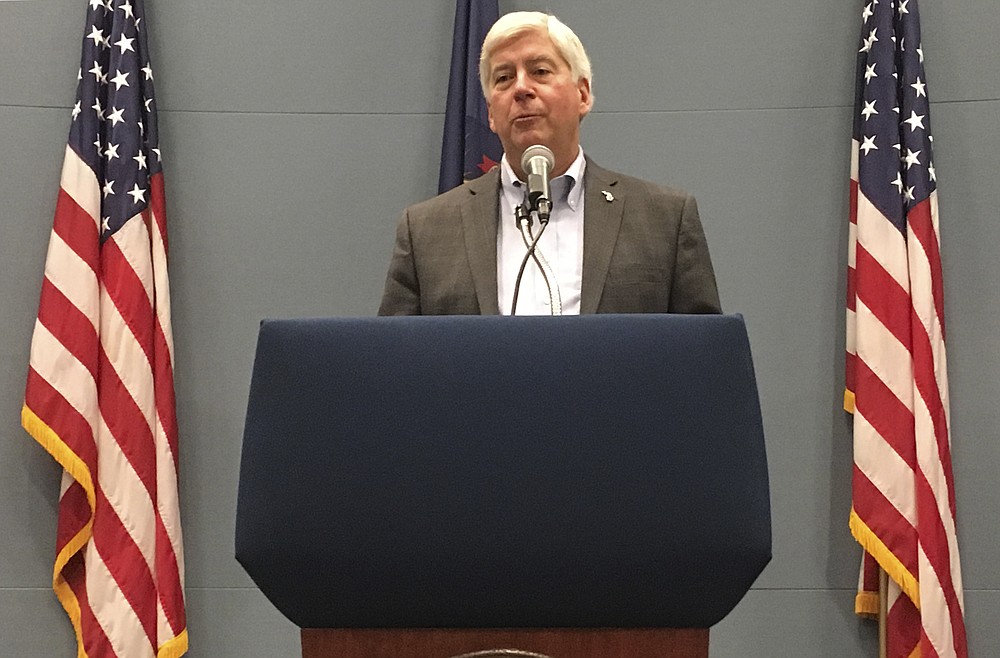 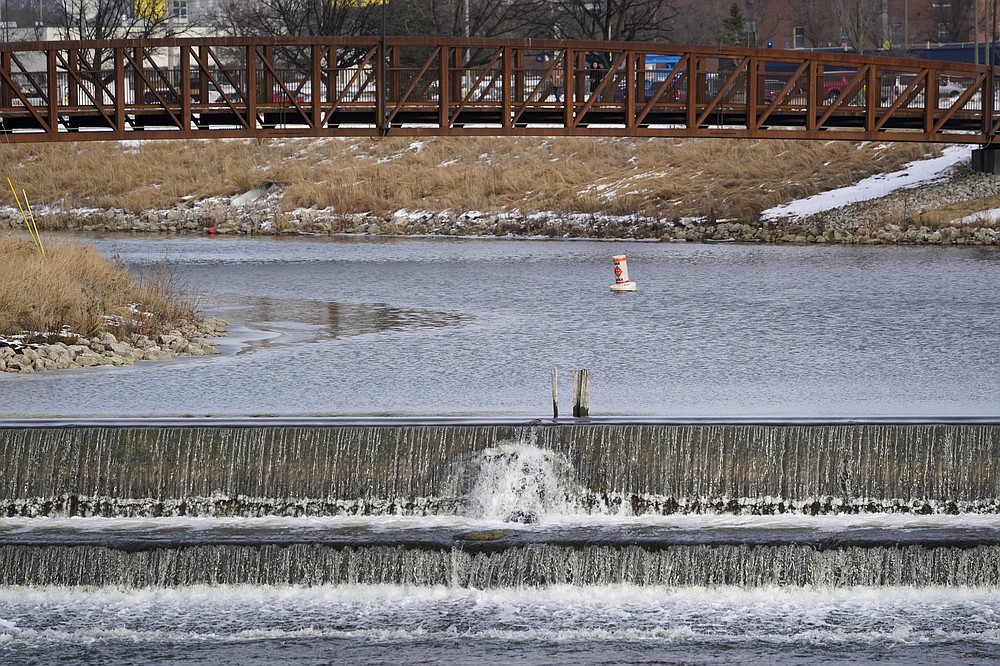 A section of the Flint River is shown in Flint, Mich., Wednesday, Jan. 13, 2021. Some Flint residents impacted by months of lead-tainted water are looking past expected charges against former Gov. Rick Snyder and others in his administration to healing physical and emotional damages left by the crisis. (AP Photo/Paul Sancya)