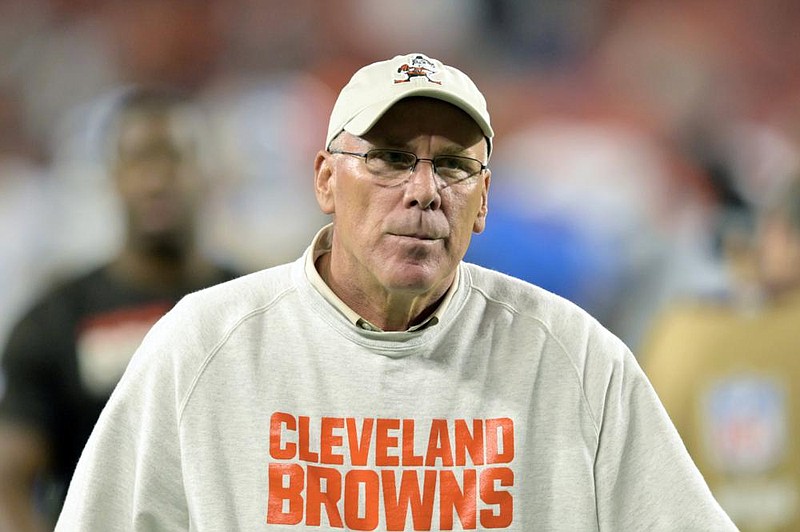 John Dorsey, now a consultant with the Philadelphia Eagles, helped build the rosters for the Cleveland Browns and Kansas City Chiefs when he was GM for those teams. The Browns and Chiefs meet in the AFC divisional round of the playoffs on Sunday. (AP file photo)

KANSAS CITY, Mo. -- It doesn't take Andy Reid long when he pops on film of the Cleveland Browns for the head coach of the Kansas City Chiefs to see the unmistakable thumbprint of former general manager John Dorsey in their style and personnel.

Probably because Reid still sees it on his own team, too.

It was Dorsey who joined Reid in overhauling a Chiefs franchise that was 2-14 prior to their arrival, and as GM was crucial to draft-day decisions that brought Patrick Mahomes, Travis Kelce and Tyreek Hill to Kansas City. And it was Dorsey who, after he was let go by the Chiefs, inherited a Browns franchise that was 0-16. He promptly drafted Baker Mayfield, Denzel Ward and a handful of other players who have been instrumental in their turnaround.

"He did a nice job here and there of bringing the right people in, and they can play football, so you see that," Reid said during a Zoom interview Wednesday. "Yes, to answer you. I see that."

For all his work in turning around two long-suffering franchises, Dorsey has had to enjoy the fruits of his labor from afar. He watched the Chiefs win their first Super Bowl in 50 years in February and now has seen the Browns win their first playoff game since 1994 as a front-office consultant with the Philadelphia Eagles.

The reason things went haywire in Kansas City amounted to concerns about his communication and management style, according to several people within the front office. He often made decisions without consulting others in the facility, and his inability to manage the salary cap left the Chiefs unable to supplement their young roster with free-agent acquisitions.

It certainly didn't have much to do with his scouting and draft work.

Dorsey also selected two-time Pro Bowl defensive tackle Chris Jones, wide receiver Demarcus Robinson and the record-setting Hill in the 2016 draft. Most notably, he traded up to the No. 10 overall pick the following year to select Mahomes -- the 2018 league MVP and reigning Super Bowl MVP who has the Chiefs within a win of their third consecutive AFC title game.

"John has always done a really good job of finding talent," explained wide receiver Chris Conley, who was drafted by him in Kansas City and is now with the Jacksonville Jaguars. "He knows what he's talking about, he knows football, and he can sense things that some other people can't see in people. He's seen potential and ability in some of the people in the locker room that before they played, people wouldn't really attest to."

No wonder it didn't take Dorsey long to land in Cleveland, where the Browns were beginning yet another rebuild with a bevy of draft picks and plenty of money at his disposal. Mayfield and Ward were his first-round picks in 2018, while high-profile acquisitions of veteran wide receiver Jarvis Landry and pass rushers Olivier Vernon and Sheldon Richardson have formed the nucleus of the best Browns team in decades.

Despite obvious upgrades to the roster, the wins didn't immediately follow. When owner Jimmy Haslam decided to change the organizational structure after the firing of coach Freddie Kitchens, he and Dorsey were unable to agree on a role that would have allowed the former Packers linebacker to remain with the organization.

Much like Kansas City, the foundation he helped establish in Cleveland has outlasted him.

"John is a great man -- a great family man -- and a really good personnel man. Just look at both of our teams," Browns Coach Kevin Stefanski said. "Have a ton of respect for him. ... A lot of players on this team I recognize are guys John brought in, so I think very highly of him." 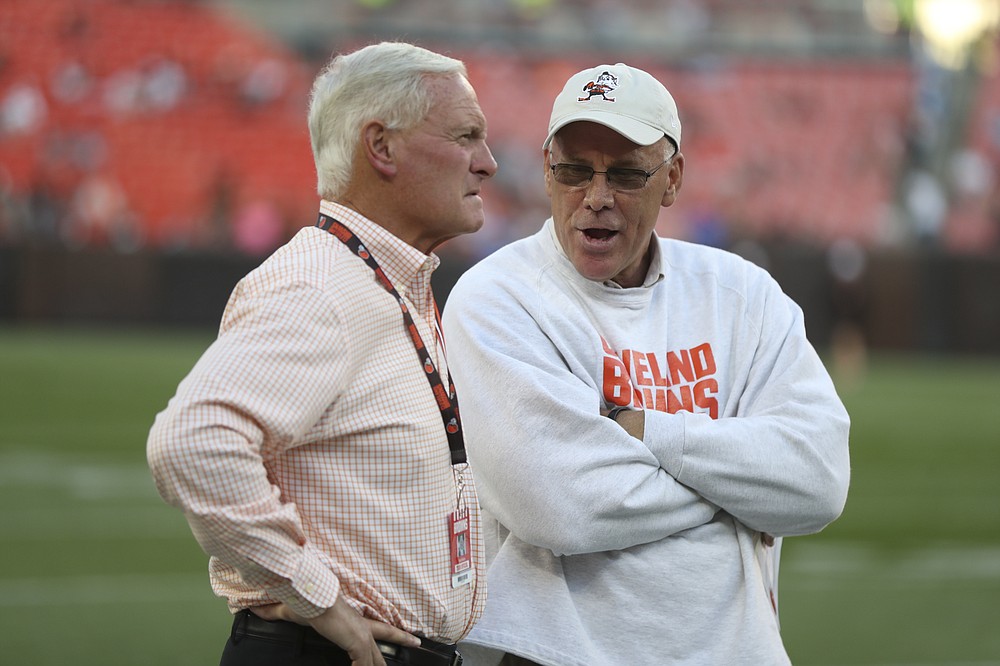 FILE - Cleveland Browns owner Jimmy Haslam, left, talks with general manager John Dorsey before an NFL preseason football game against the Detroit Lions in Cleveland, in this Thursday, Aug. 29, 2019, file photo. It doesn’t take Andy Reid long when he pops on film of the Browns for the head coach of the Chiefs to see the unmistakable thumbprint of former general manager John Dorsey in their style and personnel. Probably because Reid still sees it on his own team, too. (AP Photo/Ron Schwane, File)