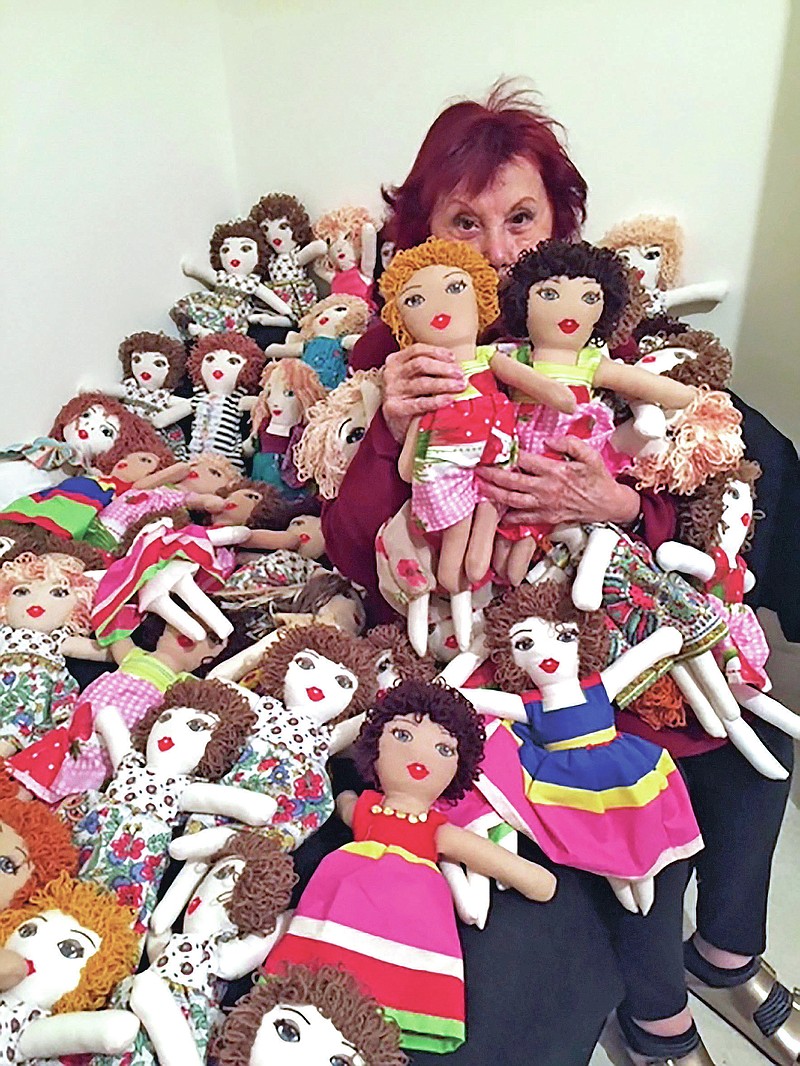 In this photo provided by Lebanese painter Yolande Labaki, Labaki, 93, holds dolls at her house in Beirut, Lebanon, Monday, Nov. 16, 2020, that she made to be distributed to children who might have lost their toys amid the destruction or who had otherwise had their lives touched by the Beirut seaport blast in August 2020. After the massive explosion devastated Beirut, Labaki made 100 dolls for children affected by the destruction. (Yolande Labaki via AP)

BEIRUT, Lebanon -- In the wake of a massive explosion that devastated Beirut, 93-year-old Yolande Labaki sought a way to help bring healing to the Lebanese capital.

The internationally recognized painter's solution was to make dolls -- 100 of them, distributed to children traumatized or otherwise affected by the destruction.

Her inspiration was another Lebanese tragedy, etched in her memory: the look on the face of one of her grandchildren, then about 3, when his home was damaged during the country's 1975-1990 civil war.

"He saw all his toys on the ground amid the rubble and asked me: 'Who broke my toys?' His eyes were filled with tears," she said.

So when a huge stockpile of ammonium nitrate stored at the Beirut port ignited and blew up on Aug. 4 -- killing more than 200 people, injuring thousands and leaving a swath of the city in ruins -- Labaki thought of the children, and how "they, too, must be asking who broke their toys."

Labaki gave herself a challenge, and a deadline.

And thus began a monthslong labor of love.

Getting the doll's face just right -- she wanted to make sure it wouldn't scare the children -- was difficult. The great-grandmother painstakingly embroidered features using a sewing machine, stuffed fabric with cotton and tailored tiny dresses. And then non-governmental organizations helped distribute the dolls.

Two went to the daughters of Beirut resident Georges Chlawuit. The blast blew out windows at the family home, he said.

"At least she thought of these poor kids after what has happened in the explosion," he said. "May God keep her and give her good health. If it weren't for how the Lebanese people came together, we wouldn't have been able to stand back on our feet again."

His daughters, he said, have been sleeping with their new dolls.

Labaki's reward: photos with the beaming faces of girls who received her dolls.

"It's a gift for me more so than it is for the children," she said. 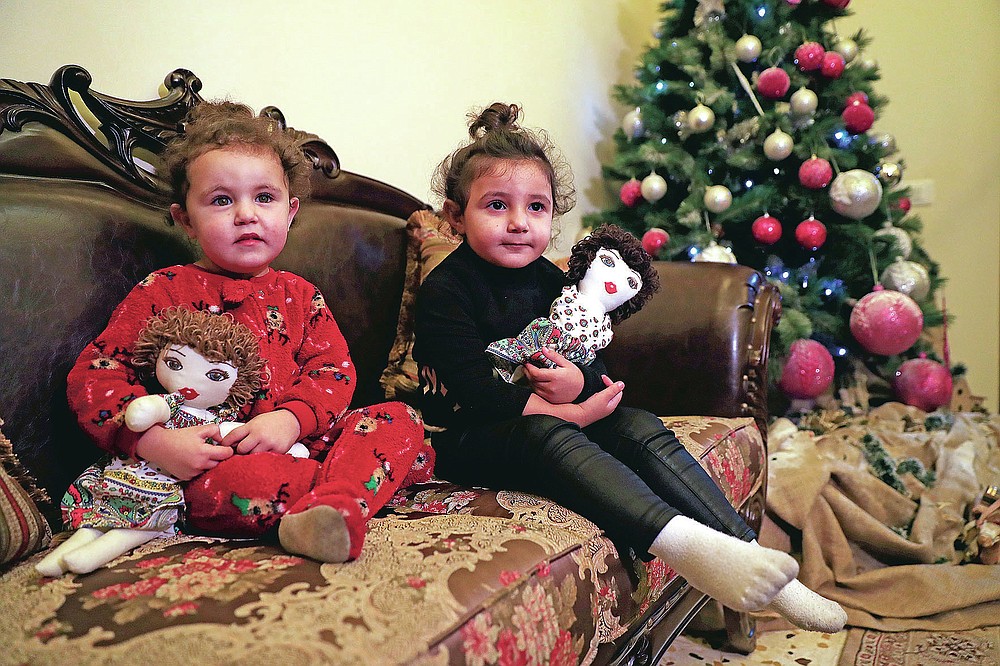 Sama Chlawuit, left, and her sister Sima-Rita, whose family home had the windows blown out during August's massive explosion in Beirut, hold their dolls at their grandfather's home, in Beirut, Lebanon, Tuesday, Dec. 29, 2020. After the explosion, painter Yolande Labaki made 100 dolls for children affected by the destruction. (AP Photo/Hussein Malla) 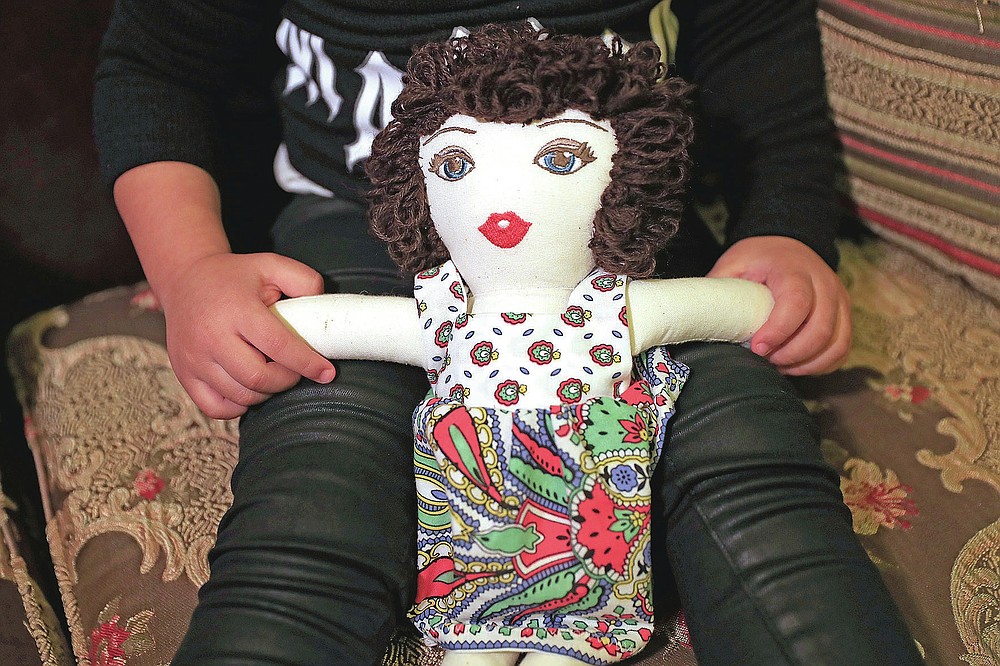 Sima-Rita, whose family home had the windows blown out during August's massive explosion in Beirut, holds her doll at her grandfather's home, in Beirut, Lebanon, Tuesday, Dec. 29, 2020. After the explosion, painter Yolande Labaki made 100 dolls for children affected by the destruction. (AP Photo/Hussein Malla) 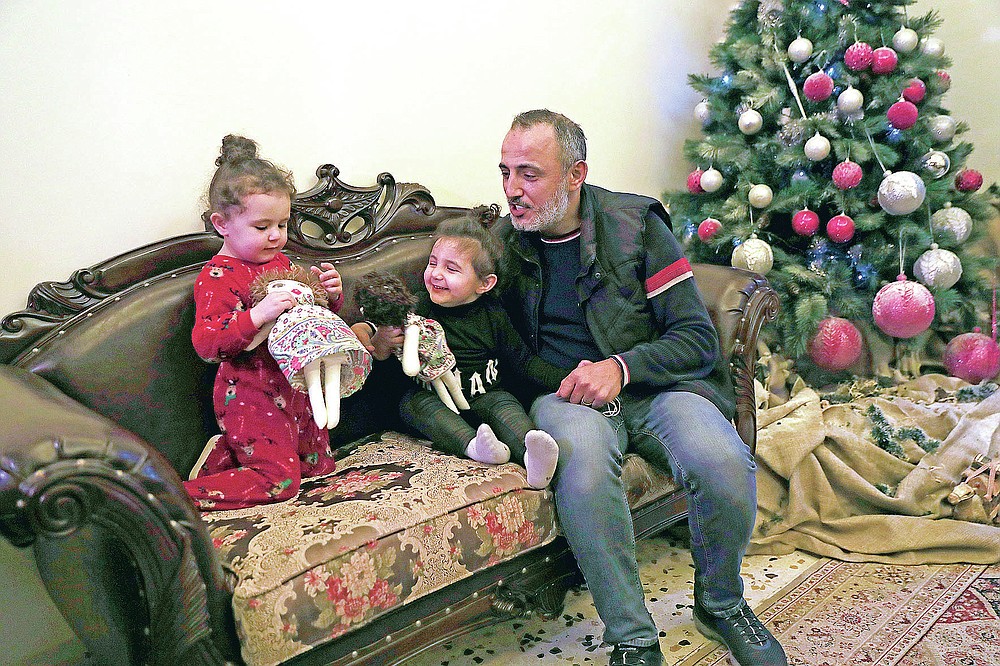 Georges Chlawuit, right, sits with his daughters Sama, 2, left, and Sima-Rita, 3, center, as they play with dolls at a relative's home, in Beirut, Lebanon, Tuesday, Dec. 29, 2020. In August, the massive explosion in Beirut blew out the windows of their family home. Painter Yolande Labaki made 100 dolls for children affected by the destruction. (AP Photo/Hussein Malla)