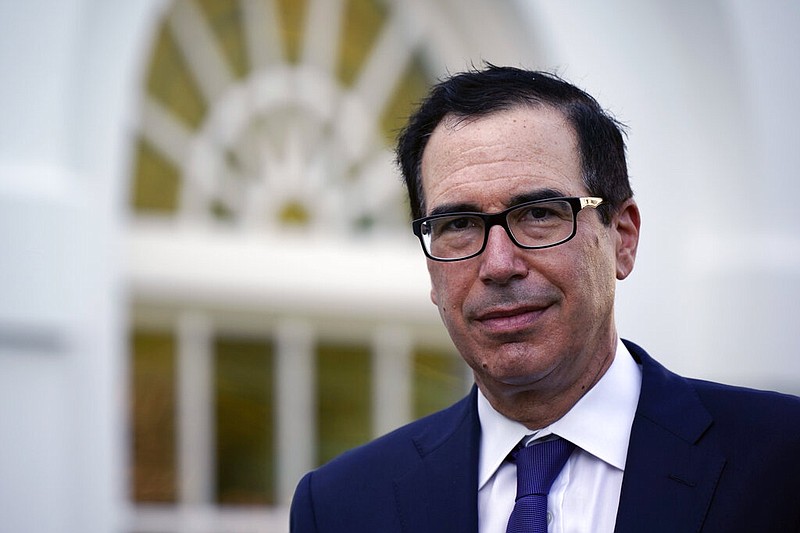 WASHINGTON — The U.S. government's deficit in the first three months of the budget year was a record-breaking $572.9 billion, 60.7% higher than the same period a year ago, as spending to deal with the covid-19 pandemic pushed outlays up while revenue declined.

The Treasury Department reported Wednesday that with three months gone in the budget year, the deficit was $216.3 billion higher than the same October-December period a year ago.

The deficit, the shortfall between what the government collects in taxes and what it spends, reflects an 18.3% jump in outlays to $1.38 trillion, a record for the period, while revenues fell 0.4% to $803.37 billion. The deficit is the difference between revenue collections and outlays.

For just the month of December, the deficit totaled a record $143.6 billion.

The deficit for the 2020 budget year, which ended Sept. 30, climbed to an all-time high of $3.1 trillion. Beginning in the spring, Congress passed trillion-dollar-plus spending measures to combat the harm being done to the economy from a pandemic-induced downturn.

The recession, which has seen millions of Americans lose their jobs, has also meant a drop in tax revenues at a time when the demand on government support programs such as unemployment benefits and food stamps has risen.