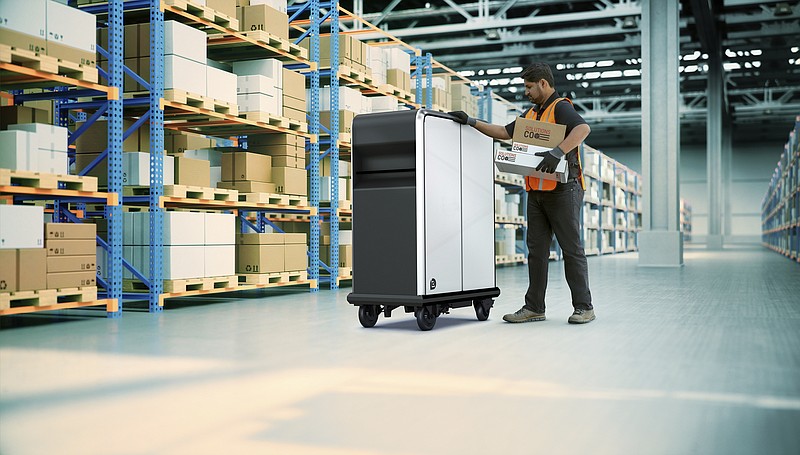 This photo provided by General Motors shows EP1 electric pallet. General Motors is forming a new business unit to tap the market for delivery vehicles and equipment powered by electricity. The new venture is called BrightDrop, and its first product will be a battery-powered wheeled pallet that will take goods from the warehouse to trucks and from trucks to destinations. (General Motors via AP)

DETROIT -- The market for battery-powered delivery vehicles and equipment has so much potential that General Motors is forming a new business unit to serve it, a move that lifted the automaker's stock to a multiyear high.

The first product for the new venture called BrightDrop will be an electric-powered wheeled pallet that will take goods from the warehouse to trucks and from trucks to destinations. Then GM will roll out an electric delivery van.

The pallet, named EP1, will go on sale early this year, with the EV600 van on the roads late in the year with 500 going to FedEx, the company's first customer.

BrightDrop also will offer software and operational support for delivery businesses such as location services, battery status and remote unlocking.

"We believe in an all-electric future, and we think it will take more than electrification of our consumer vehicles to get there," Pam Fletcher, the company's chief innovation officer, told reporters.

But GM doesn't intend to get into the delivery business, Fletcher said. "One thing we are not is a logistics company," she said, adding that GM is working with many companies with experience in the field.

Since late 2018, Fletcher, has been in charge of monetizing GM technology by turning ideas into businesses. "We really need to leverage our electrification expertise to other industries," she said.

Showing Wall Street's fascination with electric vehicles, GM shares rose to their highest intraday price since the company left bankruptcy protection in 2010. Shares were up 4.9% to $47.23 in midday trading Tuesday after trading as high as $48.95.

Fletcher wouldn't comment on whether BrightDrop products would be sold through existing GM dealerships or directly by the company. But spokesman Stuart Fowle the company is working with its independent dealers on a separate BrightDrop sales network, with details to come later.

On a webcast, Fletcher said the EP1 pallet can travel up to 3 mph, carrying up to 23 cubic feet of cargo weighing up to 200 pounds. The pallets can reduce the strain on workers but would not operate autonomously, at least to start.

GM said the vehicle can be used to move items around a warehouse or from a truck to the front door of a package recipient.

They're already being tested with FedEx, allowing workers to transport 25% more packages per day, GM said in a statement.

The EV600 van will have a range of up to 250 miles when fully charged, Fletcher said.

As BrightDrop evolves, it will offer more electric-powered products including a medium-distance vehicle that can carry multiple pallets, the company said.

She said some countries have set limits on petroleum-powered delivery vehicles to fight pollution at a time when the coronavirus has brought dramatic increases in packages. "The pandemic has only accelerated those challenges as this sector became our lifeline to goods and services we could no longer access in person," she said.

Fletcher said she expects BrightDrop to contribute to GM's bottom line very quickly after its products go on sale.

During Barra's presentation, GM also showed a couple of futuristic concepts from Cadillac. One is a small vertical-takeoff aircraft that runs on electric power and another is an urban shuttle that, like the EP1 and EV600, also would run on the automaker's Ultium battery pack. GM did not say if it will build either one.

GM has pledged to roll out 30 new electric vehicles globally and spend $27 billion developing them by 2025. New vehicles coming out this year include the electric GMC Hummer pickup, a Chevrolet Bolt electric utility vehicle and the Cadillac Lyriq luxury SUV.

Information for this article was contributed by Tom Krisher of The Associated Press and by David Welch of Bloomberg News (WPNS). 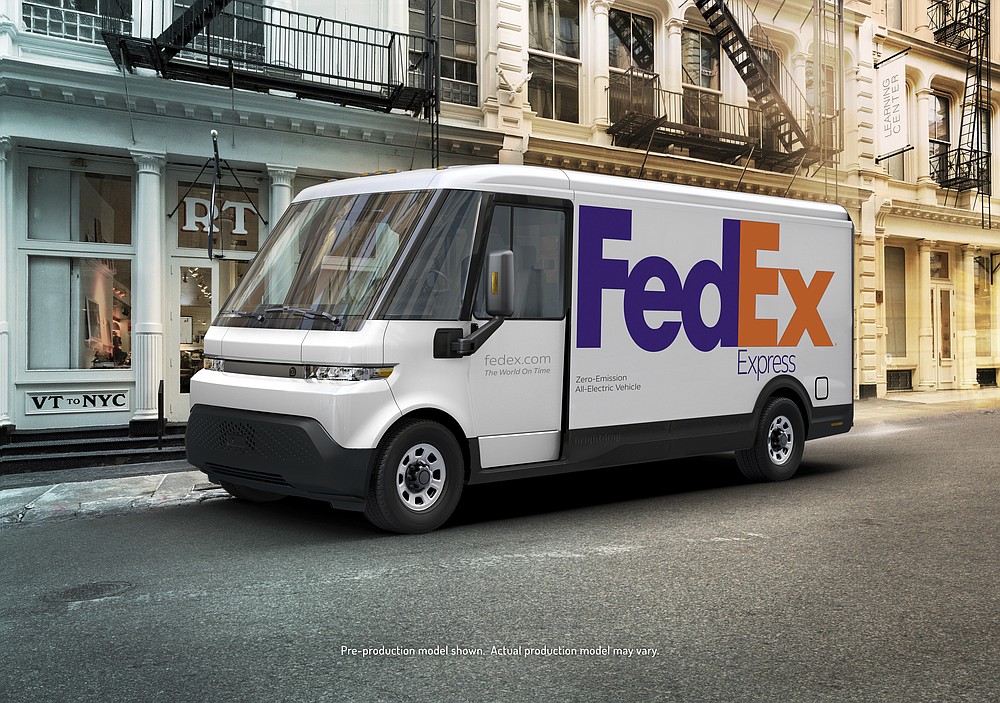 This photo provided by General Motors shows EV600 van. General Motors is forming a new business unit to tap the market for delivery vehicles and equipment powered by electricity. The new venture is called BrightDrop, and its first product will be a battery-powered wheeled pallet that will take goods from the warehouse to trucks and from trucks to destinations. (General Motors via AP)