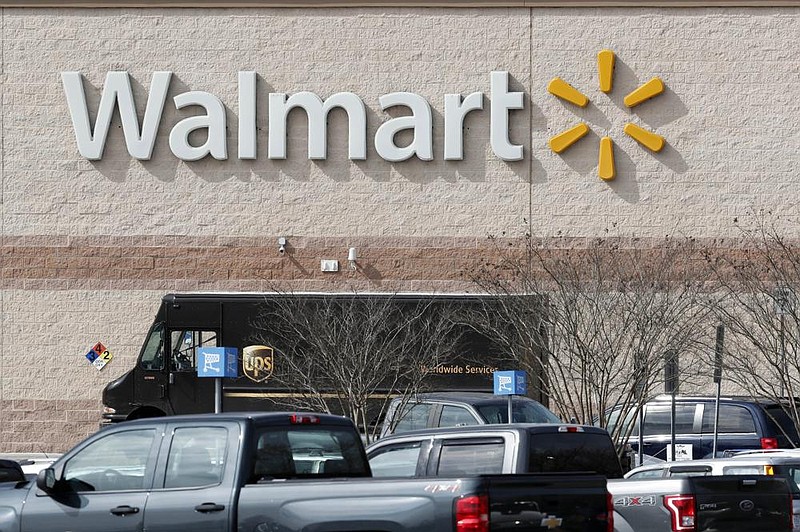 The Walmart chain has more than 5,000 stores across the U.S. that house pharmacies. The retailer said last month that is ramping up the hiring of pharmacists and pharmacy technicians. (AP)

Walmart Inc. and 18 other pharmacy retailers that signed on to a federal covid-19 vaccination program have agreed to help the government speed up its efforts to inoculate more populations at risk from the virus.

More than 365,000 Americans have died so far in the coronavirus pandemic.

Department of Health and Human Services Secretary Alex Azar said at a briefing Wednesday that billions of dollars have been allocated to an early rollout of the federally coordinated pharmacy program. He said the program will eventually cover more than 40,000 pharmacies nationwide.

"This partnership allows states to allocate vaccines directly to these partners," Azar said, "and these partners can then administer vaccines to particular groups, like those over a certain age or in certain occupations, and eventually the general public."

The new program is a shift in the original vaccination schedule recommended by the Centers for Disease Control and Prevention. Those initial guidelines identified three stages for the first phase of the inoculations.

Phase 1a includes health care personnel and residents of long-term care facilities such as nursing homes. Phase 1b covers other essential workers such as grocery store workers, firefighters, police officers and educators. It also includes anyone 75 and older who was not in the 1a group.

Phase 1c comprises people aged 65 to 74; anyone between 16 and 64 who has an underlying medical conditions; and other essential workers such as those in food service, transportation, construction, law, media and information technology.

Phase 2 will encompass the general public.

Many states have started switching up these categories, though, to let some vulnerable populations get the shots earlier than scheduled.

Azar said each state will determine when to begin the pharmacy vaccination program. Arkansas Department of Health spokeswoman Danyelle McNeill said Friday that the state has not finalized information on the program.

The state Health Department, currently in Phase 1a, estimates it will move into Phase 1b next month and then Phase 1c in April, McNeill said.

Walmart did not immediately respond to an inquiry Friday about its plans regarding the pharmacy vaccination initiative. The Bentonville-based retailer has more than 5,000 pharmacy locations in the U.S., and began last month to vaccinate health care workers at select Walmart stores and Sam's Clubs in New Mexico.

Walmart's chief medical officer, Dr. Tom Van Gilder, said in a late December news release that the company is preparing its pharmacies to offer the vaccine to other priority groups based on CDC recommendations. He also said Walmart would hire 800 pharmacists and pharmacy technicians to help with vaccination efforts and regular pharmacy services.

Kroger Co., also on the federal pharmacy list, said it will give the shots through the 2,200 pharmacies and 220 clinics operating under its health care division, Kroger Health. The Cincinnati-based grocer said last month it will hire nearly 1,000 pharmacy technicians and other health care personnel to support operations and the vaccination initiative.

Kroger gave its first covid-19 inoculations last month to health care workers in Alaska and is now vaccinating high-priority populations in other regions, the company said in a recent release.

Colleen Lindholz, president of Kroger Health, told The Wall Street Journal this week that it is exploring the idea of holding large vaccination events in community centers or stadiums where it could inoculate up to 800 people at a time.

She said that the company has received only a small portion of the amount of vaccine it's ready to administer.