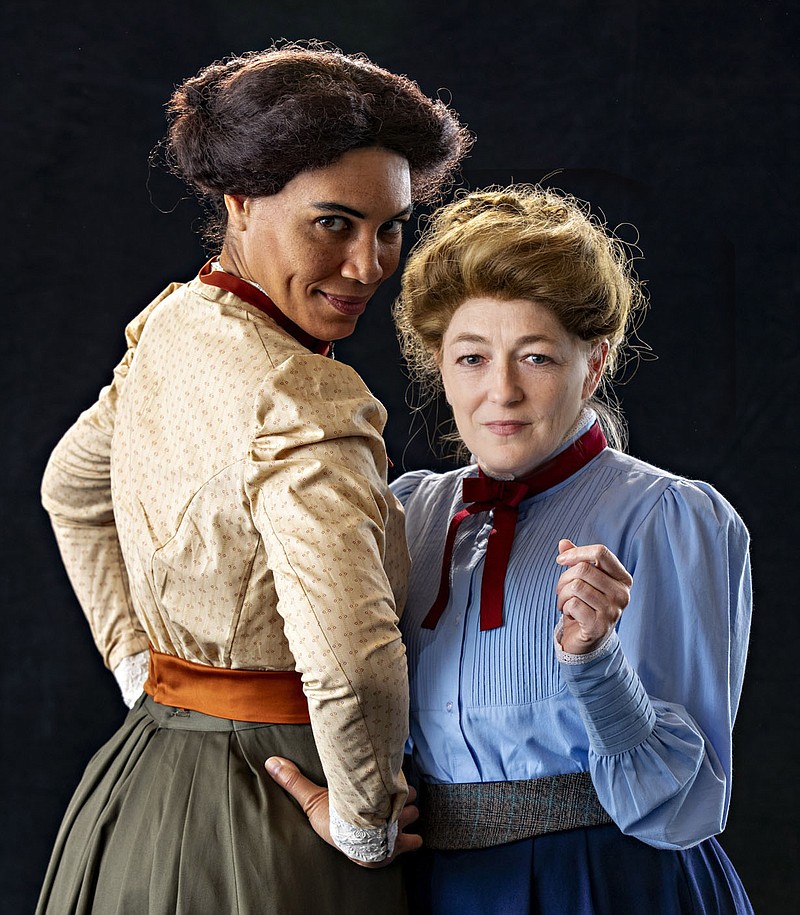 "We are thrilled for the attention that our production of 'The Half-Life of Marie Curie' has received," says Joanna Sheehan Bell, spokeswoman for Fayetteville-based professional company TheatreSquared. "T2 is one of the few resident theater companies that have been able to sustain production in this challenging time, and due to the advancements we've made in streaming, we've been so lucky to be able to share our work with audiences and critics far and wide."

According to Bell, "The Half-Life of Marie Curie" has been extended through Jan. 17, based on that interest.

"We received some remarkable coverage," she says, including a review by Wall Street Journal critic Terry Teachout that praised the performances of Rebecca Harris as Curie as "compelling and entirely believable -- so fully does she embody her role that it hardly seems as if she's acting at all"-- and Leontyne Mbele-Mbong as Hertha Ayrton, as well as the "beautifully staged" and "exceedingly handsome" production. "TheatreSquared," Teachout wrote, "is clearly worthy of its fine reputation."

It's only the second production of the play since its acclaimed 2019 New York debut and features a newly revised script by Lauren Gunderson, Bell points out, and it was a show that excited T2 even before everything changed in March 2020.

"Then, as the public health crisis unfolded and we considered digital delivery, we realized how well the play had worked as an audio drama, and how great it would feel as a fully produced play for film," she says. "We immediately moved it earlier in our lineup as something we could deliver beautifully in this format."

But nothing can last forever.

"Just like when we have a play on stage for a live audience, our agreements with the writers and artists mean that our work can only be distributed for a limited time," Bell explains. "Even though we are innovating technically in the live theater space, we are preserving much of the live theater model in our work -- the scale of that model isn't made to sustain a lifetime distribution like a major motion picture film.

"It's more like we're hosting virtual visits to Northwest Arkansas with our streaming plays -- digital tourism."

‘The Half-Life of Marie Curie’

WHEN — Available daily through Jan. 17