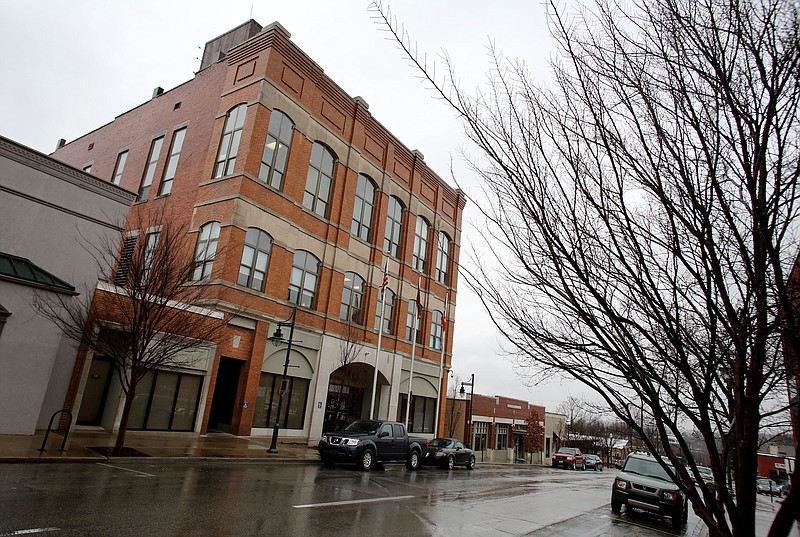 FAYETTEVILLE -- City employees will get the raises originally planned last spring this month instead.

The City Council, during a online meeting Thursday, approved a $1.7 million raise package for city staff. In April, the council held back on approving raises because of economic uncertainty related to the covid-19 pandemic. Thursday's meeting was held to continue items from a long agenda Tuesday.

Chief Financial Officer Paul Becker said the economic impact ended up not being as bad as feared. The city should end the year with more than $30 million in sales tax revenue compared to the $29.3 million in such revenue budgeted for 2020. Sales tax reporting lags about two months.

"I thought we were going to see a major or significant decrease in sales tax in the final quarter of 2020," Becker said. "I'm more than happy to say I was wrong, and that didn't happen."

The city uses a combination of projected growth in sales tax revenue and reserve money to calculate how much in raises to give to employees. Becker projected a deficit of $390,000 in the city's $49.5 million general fund for 2021, which is about what was projected during the council's budget session in November.

The raises will not be retroactively implemented, Becker said at the council's session Dec. 29. The city wouldn't be able to absorb the cost, he said.

However, depending on economic conditions, the city may be able to provide another round of raises this year, Becker said.

"We are having a pay survey being done as we have previously agreed to," he said. "We will have to look at the results of that survey and revenues in 2021 and see if we can implement any additional raises sometime in 2021."

Mayor Lioneld Jordan thanked the city's employees for their patience and keeping city service level at a high rate.

"One of the most, if not the most, important things you can do as an administration is invest in your employees to keep that service level where it needs to be," he said. "You'll be the best of the best as long as you invest in the people who get you there. The staff has gotten us there."

In other business, the council on its first reading held a request from Fayetteville Public Schools to rezone about 23 acres northeast of Rupple Road and Catalpa Drive to an institutional district. The area is zoned for community services close to Rupple Road and as a neighborhood conservation for the rest of the property. Schools are allowed under the community services zoning but only as a conditional use under neighborhood conservation.

Superintendent John L Colbert said the School District plans to build a middle school for fifth- and sixth-graders. The site was selected based on a demographic study on projected population growth in the city, he said.

The school was part of a bond restructuring city voters approved in February. Bond money for the project has to be obligated by 2023, Colbert said.

Much discussion centered around how close a building under different zonings would sit from the street. Under institutional zoning, a building must be 50 feet from the street with a parking lot in between, as the school is planned.

In a previous meeting, the Planning Commission recommended the entire property be zoned community services, which requires buildings sit within 25 feet of the street.

Councilman Matthew Petty said he wanted to review plans for the school at a Transportation Committee meeting. He said cars go too fast on Rupple Road, and having buildings closer to the street helps slow drivers down.

• The rules of order and procedure for council meetings, including adding the words gender, sexual orientation, religion and gender identity under a section dealing with being impartial to residents, and special procedures to continue holding online meetings during the pandemic.

• Rezoning 1 acre at 915 S. Hill Ave. from a multifamily zoning allowing up to 24 units an acre to an intermediate urban residential district.