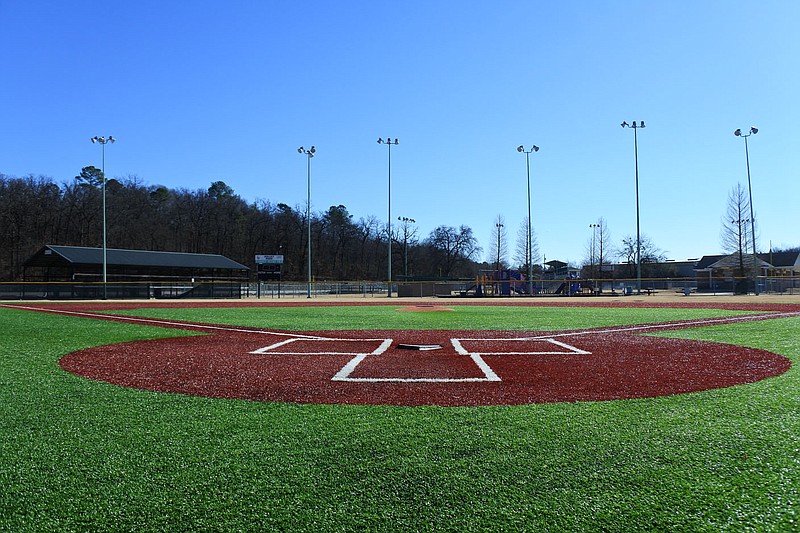 FORT SMITH -- A project designed to appeal to sports enthusiasts both in and outside the city is officially finished.

The Board of Directors authorized final payment Tuesday of $63,818 for multipurpose artificial turf on four of the Kelley Park Ballfields.

The board also approved a change order with the Oklahoma-based United Turf and Track, increasing the contract amount $18,472.

Doug Reinert, director of the Parks and Recreation Department, wrote in a memo to City Administrator Carl Geffken the project, which saw artificial turf installed on the Skokos, Higgins, Kuykendal and Flocks fields, was a public-private partnership.

The $18,472 increase is due to "the additional undercut" on Kuykendal field, Reinert said. This undercut was holding water rather than draining properly, which caused the subgrade to pond.

"In addition, due to the heavy rainfalls, the new turf compacted prematurely rather than slowly over time," Reinert said. "The addition of rubber pellets was necessary in order for the field fibers to maintain their upright configuration, which will reduce wear and increase turf longevity."

"Once all options were vetted, a remobilization fee was assessed and offset by owner credits," Reinert said.

Sam Sicard, president and chief executive officer of First National Bank of Fort Smith, and Bobby Aldridge, owner of Frontier Engineering, proposed the project to the board in 2019. The board amended the 2020 budget and parks capital improvement plan to include $250,000 for the project.

Deputy City Administrator Jeff Dingman wrote in a memo in December 2019 improving Kelley Park fields with artificial surfaces would make the park more attractive for hosting travel baseball and softball tournaments, with it being less likely the tournaments would be canceled due to weather.

Youth sports and tournaments of significant size from across the region would benefit the local economy as a result of the hotel, retail and restaurant sales that could be realized, according to Dingman.

Kevin Settle, At-Large Position 6 city director, echoed the sentiment after Tuesday's meeting. He said the project's completion allows for area youth to have good ballfields and for the city to both have tournaments and be "a better community for the kids of our area to play softball and baseball."

Thomas Saccente may be reached by email at [email protected]