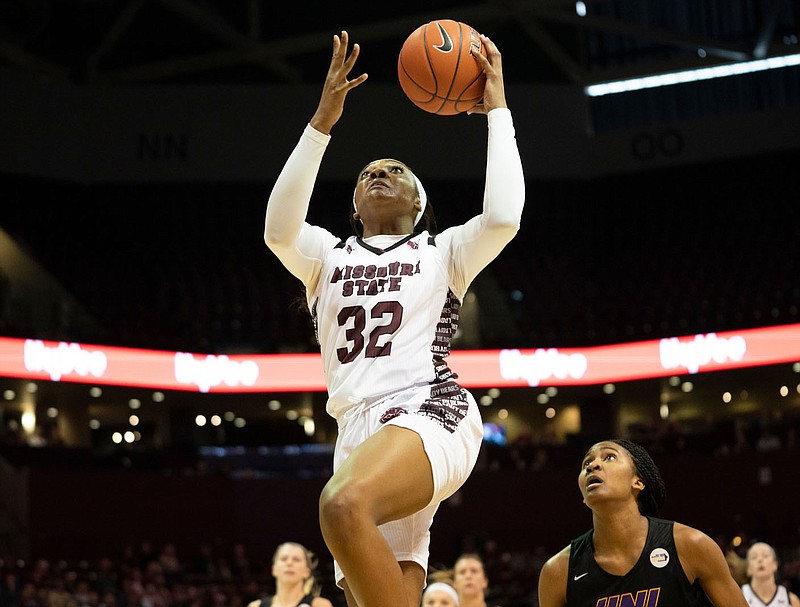 Fayetteville's Jasmine Franklin has become a force both on and off the court for the No. 24 Missouri State Lady Bears. (Missouri State SID)

Amaka Agugua-Hamilton recalled chiding Jasmine Franklin about her effort early in the second half of a game against Missouri last season.

"I pulled her to the side and I was kinda getting on her," said Agugua-Hamilton, the Missouri State women's basketball coach. "I'm like 'You're the fastest person out here and we need a spark.' We weren't playing that well out of halftime."

The athletic Fayetteville native responded quickly to the coach's challenge.

"It was like the very next three transition plays, she had the craziest energy plays of the game," Agugua-Hamilton said. "She had three transition buckets and two of the were and-one's. And she was flying down the court and the crowd was going crazy."

That's the type of play the coach is used to seeing from Franklin, who has become a leader on and off the floor for the Lady Bears, who are currently ranked 24th in the country in both the Associated Press and USA Today Coaches' Polls.

"Jasmine is a phenomenal talent," Agugua-Hamilton said. "She's progressed over her years here. She brings so much to our team.

"She affects our game in so many ways on both sides of the ball. Off the court, she has a magnetic personality. I think there's not a lot of people that have that. She's one of those people that can affect the team just by showing up or just by smiling or cracking a joke. She definitely is our emotional leader. Kinda as she goes, we go."

Both Franklin and the Lady Bears (4-2) are off to good starts this season. They already have a win over then-No. 12 Maryland, while the 6-foot-1 post player is averaging a team-high 8.2 rebounds and just under eight points per game. Her coach acknowledged Franklin's numbers could be better if not for limited minutes in a couple of blow-out wins.

And that's coming off a season where she earned All-Missouri Valley Conference first-team honors and led the league in rebounding (8.7 rpg). Franklin was even a key part of Missouri State's Sweet 16 run in her first season, setting freshman records for blocked shots (47) and rebounds (267).

But Franklin said as an upperclassmen she's had to make an adjustment to take on more of a leadership role.

"I wouldn't say Coach Mox puts pressure on me, but she expects a lot from me and I intend to fulfill," Franklin said. "... to be able to just teach at times when she can't and just be there for some people who won't go to her or just needs to talk to a teammate."

The pandemic has brought even more challenges. The Lady Bears, like many other teams, had what appeared to be a great opportunity in the 2019-20 season when the NCAA Tournament was cancelled. Missouri State finished 26-4 and was ranked in the top 25 in both polls. But covid-19 issues have popped up this season, too.

The Lady Bears had its first two conference games against Northern Iowa, which were originally scheduled for Jan. 1-2, postponed because of positive covid-19 tests within Missouri State players, coaches and staff. Those games have now been rescheduled for Jan. 15-16.

The guidelines and limitations are difficult, Franklin said. It's not something she's personally had trouble with, but she's tried to be available for teammates that might need to talk, she added.

"It sucks when the whole season got taken away," Franklin said. "It sucks when games get cancelled. But it's something you've gotta get over and move on to the next game.

"With covid, it also messes with school and family members. But those are the adjustments we have to deal especially with being basketball players."

Franklin has become more of a leader and also worked to improve her game, Agugua-Hamilton said.

"I don't think she took full ownership in it quite before this year, but she's made huge strides in that," Agugua-Hamilton said. "That's something I've challenged her with and I believe she's really stepped up to the plate with that.

"We know she can score inside and she can run in transition and how athletic she is. I wanted her to consistently be able to shoot the ball from the outside and drive it so to make our offense flow better. I love how she's playing. She's getting better and better. At the end of the day, I think she can be an All-American and I told her that."

Vic Rimmer, Franklin's high school coach at Fayetteville, isn't surprised to see her having success at the collegiate level. The physical gifts were always there and she's seen her mature over time as well. Her long arms and athleticism made her a defensive anchor for a state championship team, something that's often overlooked with a group that had a high-octane offense, Rimmer said.

"All those guards are flying around the floor and they never had to worry about post play," Rimmer said. "That sure took the pressure off. There were so many facets to what she did for us and then what we're seeing now, a maturity level being in a quality D-1 program like Missouri State."

Franklin said her goals haven't changed despite the challenges of the pandemic. Help her teammates in times of trouble and get the Lady Bears in position for a deep postseason run.

"Be that supportive person that someone can go to," Franklin said. "Being that leader I need to be without being a dictator." 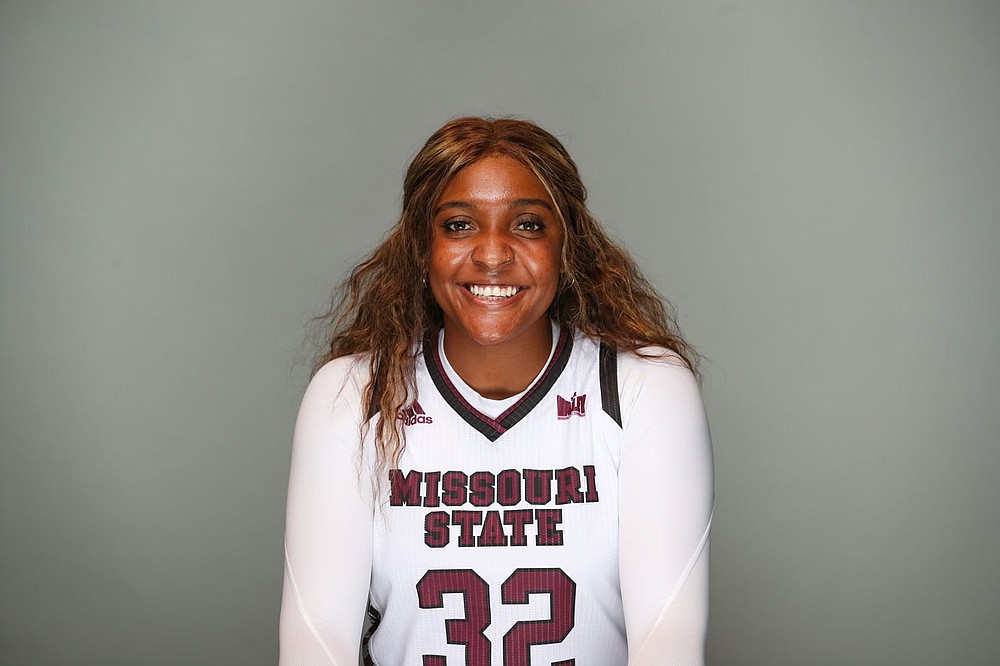 Notable Earned first-team All-Missouri Valley Conference as a sophomore and led the league averaging 8.7 rebounds per game. … Named to the MVC All-Freshman team by averaging 9.2 points, 7.6 rebounds and setting freshman school records with 47 blocked shots and 267 rebounds. … Became first player in school history with at least 40 steals and 40 blocked shots and was the only freshmen in the country to reach those totals that season. … Helped Fayetteville to a combined record of 97-11 and two state titles, earning back-to-back all-state honors her final two seasons. … Won four state titles in the discus and two in the shot put in high school.