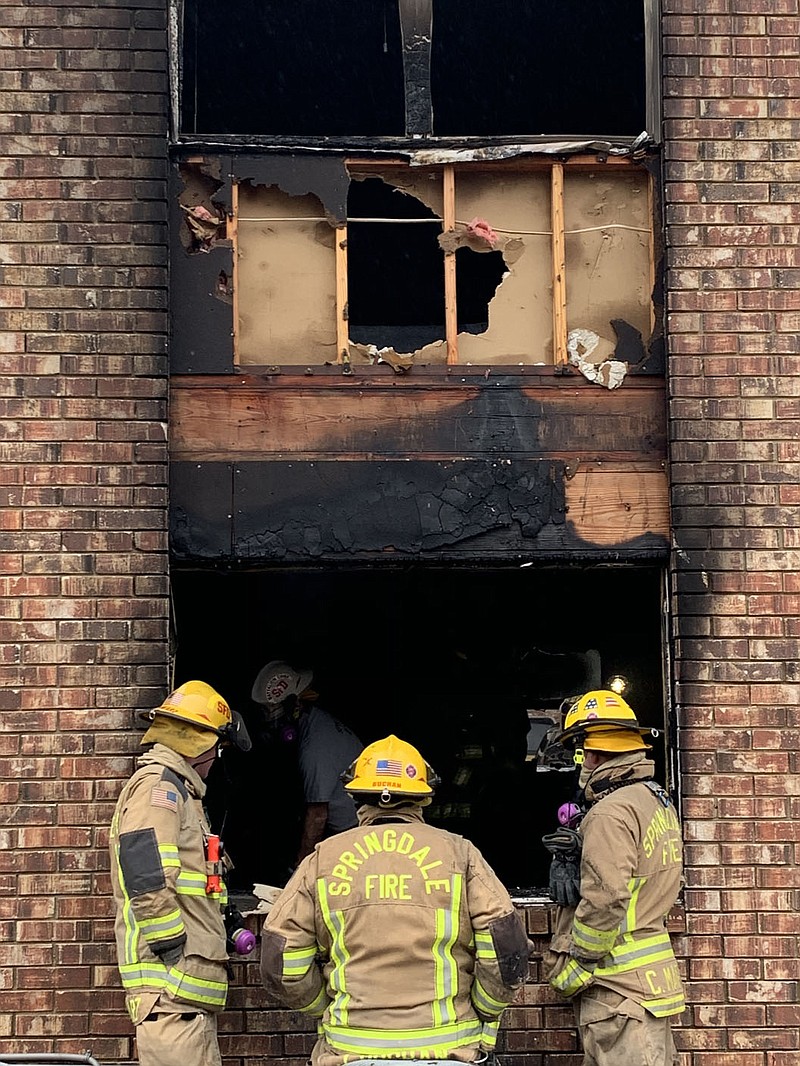 SPRINGDALE -- Five residents of an apartment complex were sent to the hospital early Saturday morning following an apartment fire.

The fire occurred at the Colony Square Apartments at 1310 AQ Circle, according to a Springdale Fire Department press release.

Capt. Matt Bagley, fire department public information officer, has been assigned as an investigator for the fire.

Bagley said he didn't know the ages and genders of those evacuated for medical care, but at least one was taken to Northwest Medical Center, while the other four were taken to other unknown hospitals.

"Usually when something like this happens and we have multiple patients, if there's any severity to the injury, we try to spread them out so no one hospital is overwhelmed with too many people," he said.

The fire department was dispatched to the scene at 5:56 a.m. in response to a 911 call, Bagley said, and arrived at the apartments about six minutes later.

Bystanders reported seeing victims jumping from second story windows, according to the release.

Residents of the impacted apartments had already evacuated the building when firefighters arrived, Bagley said.

"They were all in the grass trying to make themselves obvious for when we got here," he said.

The fire was limited to building 1310 and was very active when firefighters arrived, Bagley said.

"It was visible from the exterior of the building," he said. "We didn't have to go in and find it. It was already coming out windows and doors."

Firefighters soon had the fire under control and were able to begin investigating the as-yet-unknown cause of the fire by 7 a.m., he said.

Heat and smoke damage to some of the surrounding apartments occurred, according to the release, but the flames were limited to the apartment of origin.

The residents of four apartments who share a common entryway have been unable to return home due to the fire, Bagley said.

"We have assisted those families that were displaced," said Josh Egbert, regional communications manager with the American Red Cross of Arkansas.

The Red Cross will be providing shelter, food and other needs the families may have until they're able to return to their apartments, he said.

Firefighters and a fire truck remained on sight until about noon Saturday as firefighters continued to investigate the cause of the fire, he said.

"That also gives us time to really to let things settle and make sure there's not something hidden that's going to flare up again later," Bagley said.

The Springdale Police Department was also dispatched to scene, he said.

No firefighters were injured, Bagley said. 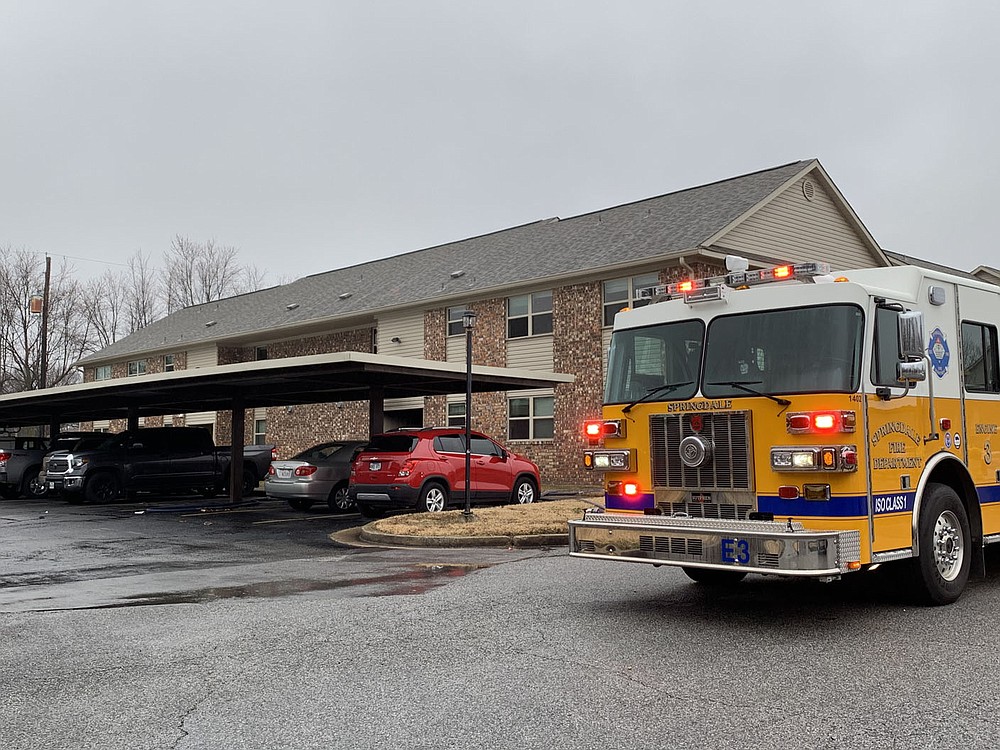 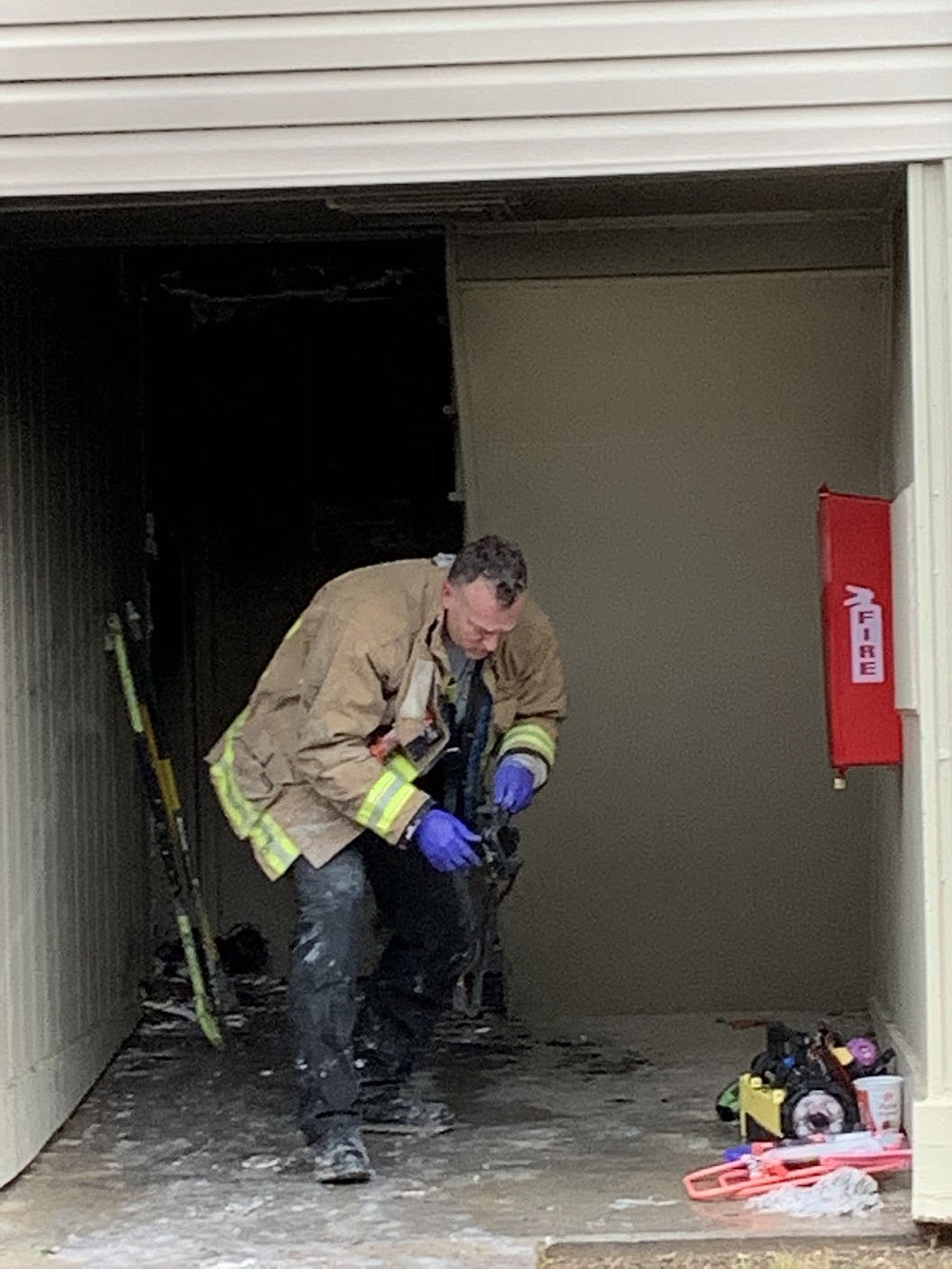