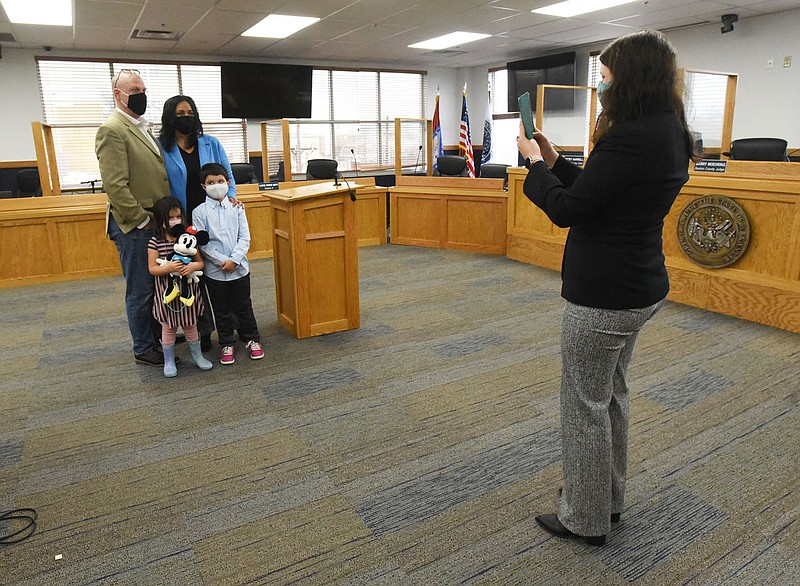 Gayatri Agnew and her family pose for a photo on Friday Jan. 1 2021, New Year's Day, after Agnew was sworn in as a member of the Bentonville City Council. With Agnew is her husband, Ryan Agnew, and their children Kamala, 4, and Rohan, 6. Benton County Clerk Betsy Harrell swore in Bentonville council members at the county administration building. (NWA Democrat-Gazette/Flip Putthoff)

FAYETTEVILLE -- The November election brought a batch of newcomers to local offices seemingly more diverse than in years past, although it's impossible to know for sure the historical diversity of the governmental bodies serving Northwest Arkansas, observers say.

The city councils for Fayetteville, Springdale, Rogers and Bentonville, as well as the quorum courts in Benton and Washington counties, will have at least one racial, ethnic or gender minority member sworn in this year.

The population of Northwest Arkansas is becoming increasingly diverse, and representation on governmental bodies is following suit, observers said.

"There's a strong convergence of factors there that I think says a lot about our future," said Janine Parry, University of Arkansas political science professor. "I think we're going to see more of this, not less."

It's difficult to know if a candidate may be the first person of a certain race, ethnicity or gender to serve in a particular local office, Parry said. Comprehensive data doesn't exist, she said.

"Data at this level are really hard to see year over year and region to region," Parry said. "That said, it does appear we had a diverse crop of candidates and a diverse group of winners to a degree that exceeds my 20-plus year recollection."

Gayatri Agnew, elected to the Bentonville City Council, said as far as she knows she is the first person of south Asian decent to serve in that position, and possibly is the first Asian woman to hold elected office in the state.

Agnew said the benefit of having people of different races, ethnicities or genders on any governmental body is the breadth of life experience they bring to decision-making.

"Sometimes, diversity and inclusion becomes a topic that is simply about who sits at the table, not what decisions are made at the table," Agnew said. "I think ultimately inclusion is about making sure everyone in the community is included in decisions that impact their lives."

Not all diverse candidates feel the same way.

Brian Armas, a Hispanic man elected to the Benton County Quorum Court in November, said he doesn't feel his ethnicity will play a significant role in his decision-making. He said the tenets of his political philosophy -- being pro-family, pro-life and pro-small business -- and his Christian faith have a stronger influence.

"I'm really careful with saying, 'Hey, I'm the brown candidate, I want to give you some of my brown perspectives,'" Armas said. "I'm just Brian."

D'Andre Jones, an incoming Black member of the Fayetteville City Council, said he doesn't expect to serve as the spokesman for all Black people in the city. However, his personal experiences as a Black man inform his perspective, and he intends to use that perspective to help make the city more equitable and inclusive.

"We have an opportunity to make Fayetteville even greater. How can we do that?" Jones said. "We have to be inclusive, and every voice must matter. I really appreciate being a part of that."

Evelyn Rios Stafford started her campaign to become a Washington County Quorum Court member in September amid an unfortunate circumstance. The late Candy Clark, whose name was on the ballot as the Democrat candidate, was in declining health and left the race.

The Washington County Democrats picked Stafford to run in Clark's place. Stafford said she leaned on her experience as a member of the Fayetteville Housing Authority board and her work on past local campaigns when making the pitch to Democratic party members and voters in general.

Stafford said being transgender or Hispanic never really came up during the course of her campaign. She said she's delighted to see the strides made in the region toward more diverse representation. However, Stafford said she also hopes diverse candidates running and winning local elections becomes commonplace.

"I'd love for us to get to the point in society where this isn't even news," she said. "Where it's like, of course our elected representatives are from a broad array of humanity."

Kevin Flores may be the first Hispanic person to serve on the Springdale City Council. He raised about $38,000 for his campaign, far more than is typical for a municipal race in the region.

Flores attributed the success of his campaign to relationships he has built growing up in the city and to enthusiasm for wider representation on the council. The Hispanic and Pacific Islander population of Springdale is about 45%, compared to about 48% non-Hispanic white, according to data from the Northwest Arkansas Council.

Yet, the makeup of the City Council largely has remained Anglo. Flores said he ran because he wanted to participate in government and help make the city a better place, not because of his ethnicity.

"With me being the first Hispanic to win, that's great, and I'm proud of it," Flores said. "But I should not have been the first one in a city like Springdale where, for years now, we've had a large Hispanic population. I say that just because it's a call to action of sorts in getting more people engaged and to participate in the process."

April Legere said she sees serving as probably the first Black member on the Rogers City Council as an opportunity to let people of color see themselves in positions of leadership, she said.

Legere said she doesn't necessarily feel an added weight being the only Black member of the council. Sitting in a room of all white people is common for her, she said.

She does feel her election and the election of other diverse candidates in the region has opened a door for people who look like her to have representation and to become elected representatives themselves, she said.

"Representation matters," Legere said. "That's the message that I want to be heard because that's what I intend to focus on."

Seeing more diverse candidates elected to local office is not unique in the state, said Mark Hayes, executive director of the Arkansas Municipal League. Cities and counties have seen governmental bodies become more representative of their populations for the past 15 years or so, he said.

Having people of different races, ethnicities and genders with the range of backgrounds and experiences they bring is more important to an effective municipal government than political party affiliation, Hayes said.

Everyone needs their trash picked up and to have their water turned on, with safe and maintained roads and access to public safety. That's why it's important to have proper representation, he said.

"The truth is, everyone relies on those services," Hayes said. "It is helpful to have that breakdown in your leadership so you get a functional government that addresses problems in whatever capacity they may exist." 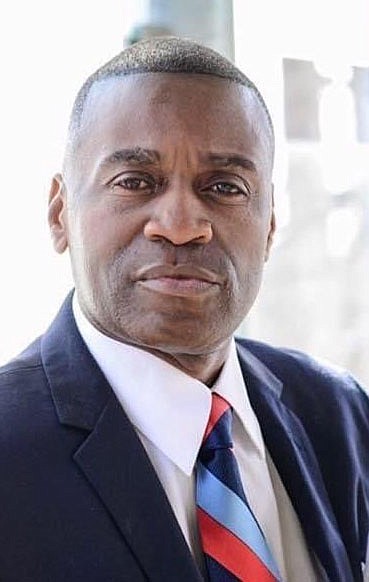 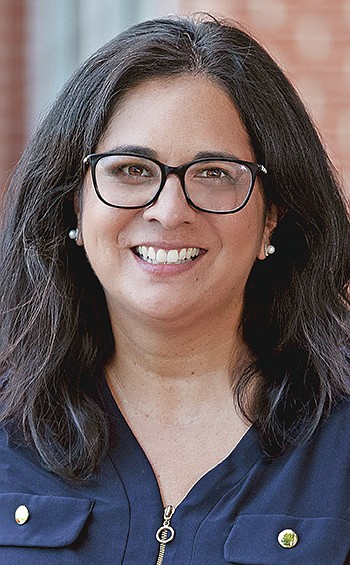 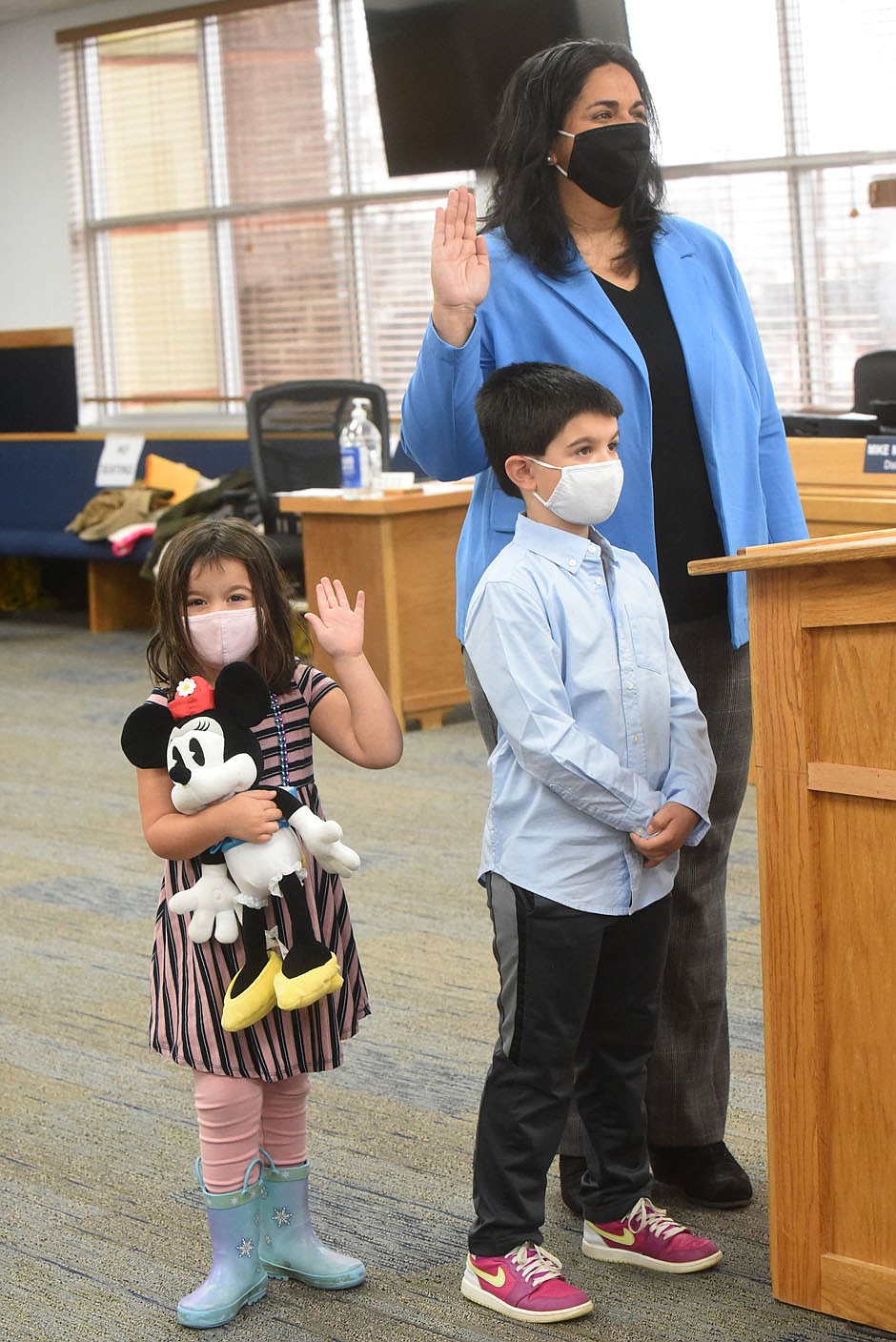 LIKE DAUGHTER LIKE MOM Gayatri Agnew is sworn in on Friday Jan. 1 2021, New Year's Day, as a member of the Bentonville city council while her daughter, Kamala, 4, raises her right hand as well. Agnew's son, Rohan, 6, also stood with his mom. Benton County Clerk Betsy Harrell swore in Bentonville council members at the county administration building. (NWA Democrat-Gazette/Flip Putthoff) 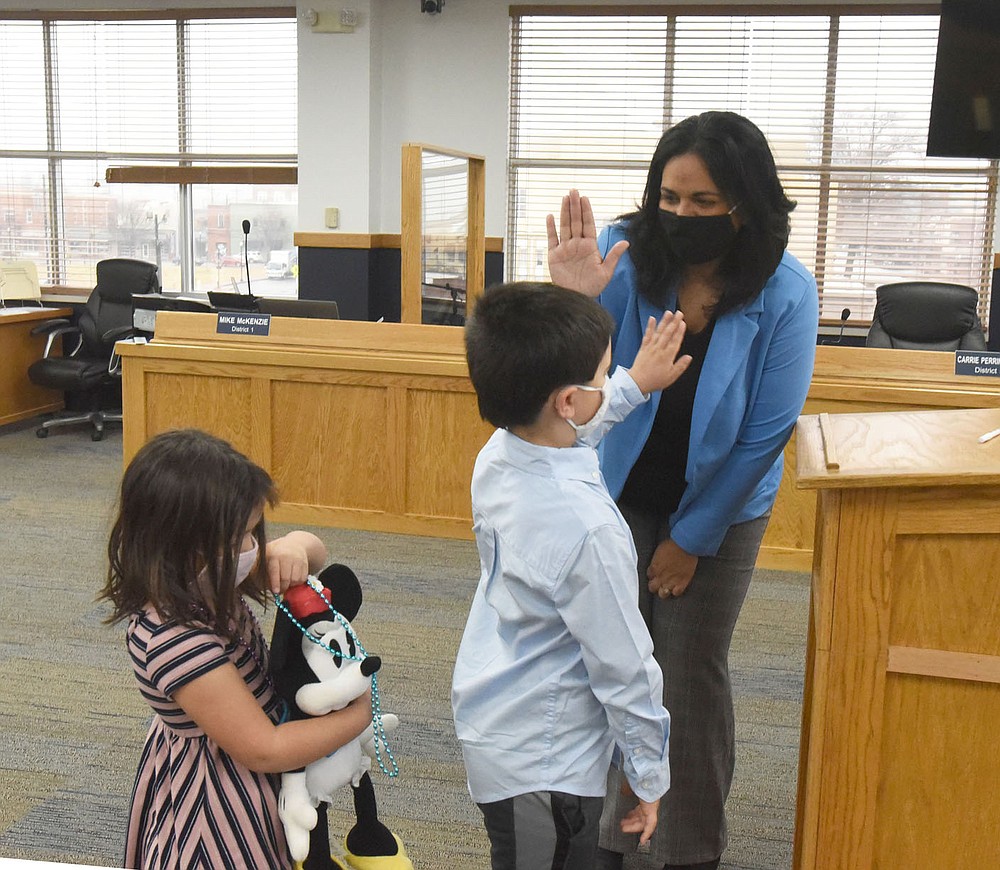 Gayatri Agnew gets a high five from her son, Rohan, 6, on Friday Jan. 1, 2021, New Year's Day, after Agnew was sworn in as a member of the Bentonville City Council. Agnew's daughter, Kamala (left), 4, also stood with her mom during the ceremony. Benton County Clerk Betsy Harrell swore in Bentonville council members at the county administration building. (NWA Democrat-Gazette/Flip Putthoff) 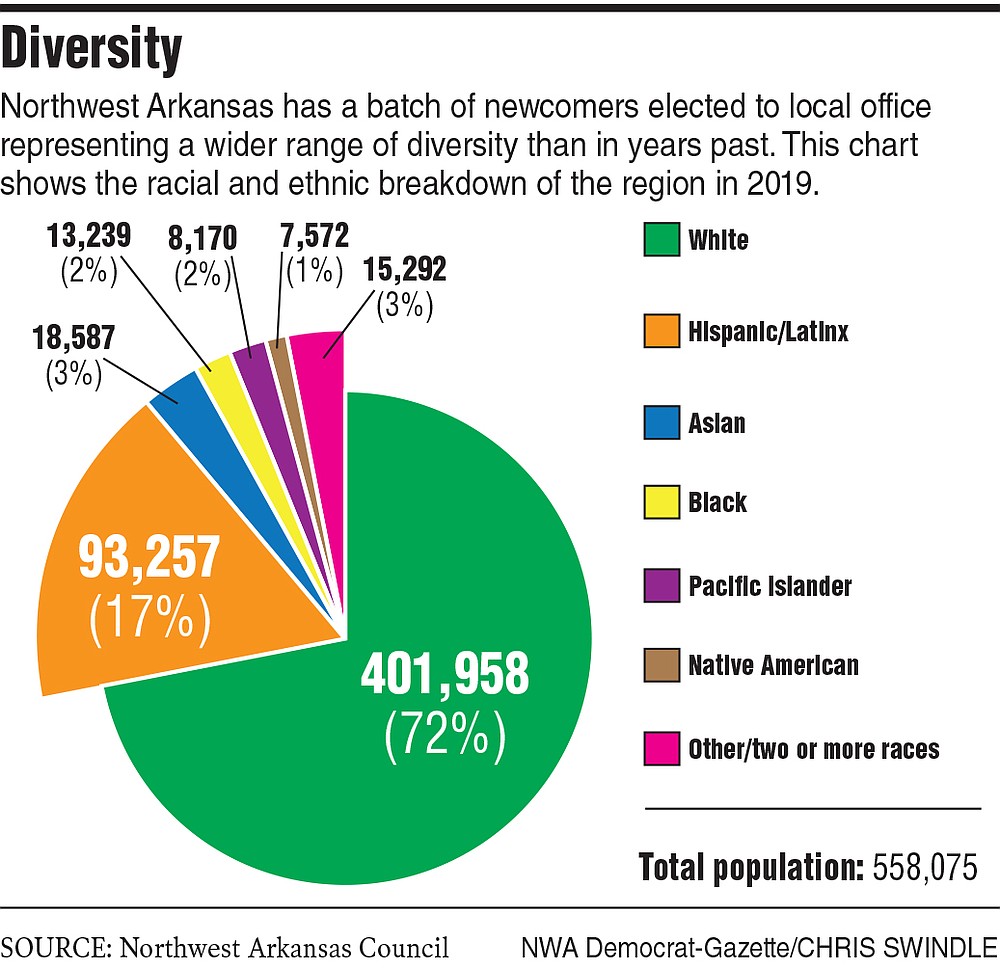