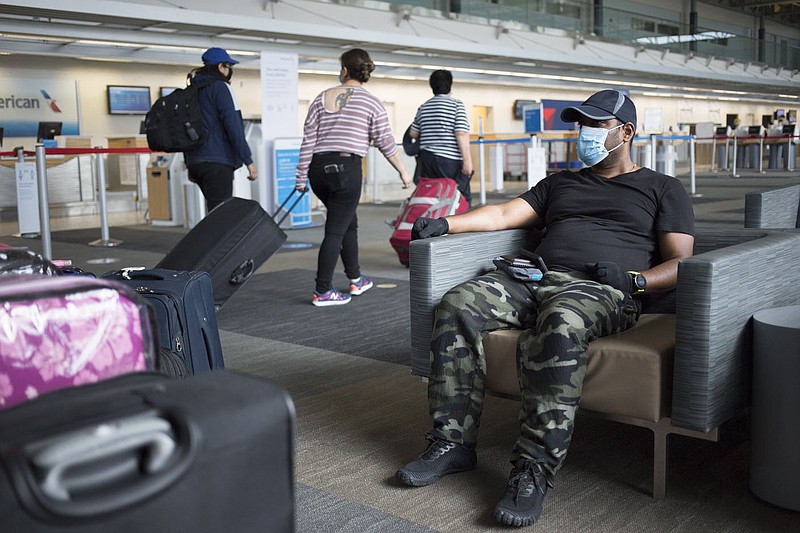 Soma Chire of Bentonville waits Aug. 29 for his family before heading off on a trip to India at Northwest Arkansas National Airport in Highfill. Monthly enplanement numbers from the airlines showed Northwest National down 62.4% last month compared to November 2019 when 76,199 people flew out of the airport. Go to nwaonline.com/210102Daily/ for today's photo gallery. (File Photo/NWA Democrat-Gazette/Charlie Kaijo)

HIGHFILL -- The number of people flying out of the Northwest Arkansas National Airport improved slightly again in November, but appears it will drop for December.

"November [passengers] were at 28,649, continuing the gradual improvement we have seen every month since April," said Aaron Burkes, airport executive director.

Monthly passengers from the airlines showed Northwest National down 62.4% last month compared to November 2019 when 76,199 people flew out of the airport.

Burkes said he expects December passengers to be the lowest since June of this year based on month-to-date data from the federal Transportation Security Administration. The data includes everyone who passes through the checkpoint at the airport, but is unofficial because it may include flight crews and airline employees.

December passengers are expected to be down 66.5% from December 2019. Northwest National officials estimate about 26,000 passengers for December 2020. In 2019, 77,684 flew out in December, according to official airline data.

Airport officials expect to finish 2020 down by 61% year-over-year.

Nationally, U.S. air travel hit its peak of the pandemic over the Christmas weekend despite a surge in covid-19 cases and hospitalizations.

The Transportation Administration screened a record 1.28 million passengers Sunday. It was also the sixth time in the 10 days ending Sunday the daily volume exceeded 1 million.

Still, air travel nationally is down about 60% for December compared to the same time last year. The drop amounts to about a million passengers per day.

Mike Lum, with Volaire Aviation, a consultant to Northwest National, found encouragement that Northwest National's numbers are keeping pace with the national average, given business travel has always been a large part of the airport's traffic.

"Lower fares available on all airlines are stimulating leisure travel to destinations such as Denver, Las Vegas, Phoenix, Orlando and even resort destinations in Mexico," he said.

Northwest National Airport, in December, had fewer than 1,000 people flying most days, but on the days before and after Christmas, those numbers were regularly over 1,000. 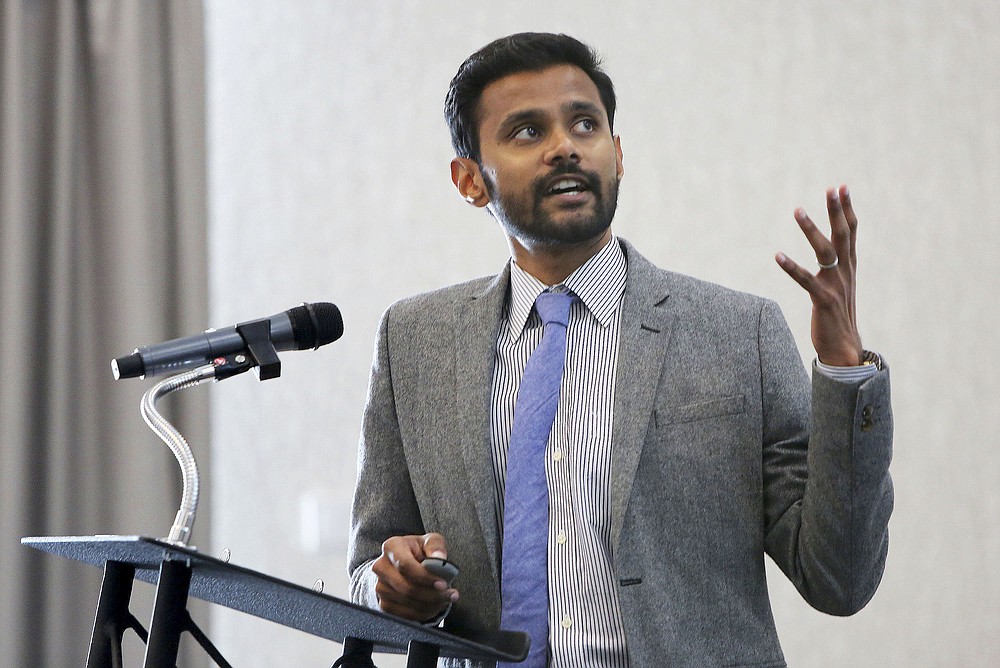 Mervin Jebaraj, the director of the Center for Business and Economic Research at the University of Arkansas, was appointed by Washington County Judge Joseph Wood to fill the remainder of Stan Green’s term on the Northwest Arkansas Regional Airport Authority Board.

Jebaraj has been with the center for 13 years and is a member of the Community Development Council of the Federal Reserve Bank of St. Louis. He also serves as a director on the Walton Arts Center board.