Many of us, at a loss for what to do when isolated from friends and functions because of the pandemic, are trying our hands at crafts. A long, blank afternoon becomes promising when experimenting with projects in pottery, weaving, woodcarving, stitching, jewelry making, and the like.

Results for beginners and the unskilled may be pleasing, but won't qualify as art. For that, you might want to visit a new exhibition at Crystal Bridges Museum of American Art.

The exhibition strives to tell the story of craft in American art in five parts: 1. Introduction/What is Craft, 2. Declaration of Independence, 3. Life, 4. Liberty, 5. Pursuit of Happiness.

The focus is on how craft relates to American identity, she said. "Craft is open to a broad range of individuals; it's widely accessible to women, immigrants, and indigenous people.

"The core of the show connects to ceramics, fiber, metal, glass and wood, then expands beyond those to found objects, 16mm film, visual details and complexity."

"Crafting America" explores the diversity of craft, which has too often been marginalized, said Adamson. "The exhibition asserts that skilled making on a human scale--the term 'hand-made' is not technically accurate, as most crafts require tools--can embody our unique traditions, identities, and values, and is critical to understanding the complexities of the American experience."

Introduction, said Padgett, explores craft's connection to everyday experience in the way artists draw on the language of forms.

Declaration of Independence, a key part of the structure of the exhibition, features objects rotating around the image of the American flag.

Consuelo Jimenez Underwood's "Home of the Brave," a U.S. flag with indigenous weaving, is made of wire, silk, safety pins, and threads.

Alabama-born outsider artist Ronald Lockett's "Sarah Lockett's Roses" (tin and paint on wood), made of metals that look like textiles, alludes to quilt-making.

Gina Adams' "Treaty with the Yankton Sioux" re-inscribes a treaty between the U.S. and American Indian tribes on an antique quilt.

In Life, mid-20th-century furniture maker George Nakashima harnesses the quality of wood in techniques learned from Gentaro Kenneth Hikogawa while both were incarcerated in Japanese internment camps during World War II. The show ofers Nakashima's "Rocking Chair" in black walnut, rosewood, and hickory, and Hikogawa's chest ("Untitled") constructed from packing crates while he was incarcerated.

• Sonya Clark's "Beaded Prayers Project" is a massive display of two-foot by two-foot panels covered with bead-decorated pouches collected from more than 5,000 participants over 20 years; each contains a piece of paper with a hope, wish or prayer. "It's a personal connection, a joining in collective sharing," Padgett said.

Sabrina Gschwandtner's "Hands at Work Film" recalls quilt-making in a different medium; its illuminated surface is made of 16mm film, showing women working in textile production including sewing, weaving, dying, and knitting.

Furniture innovator Wendell Castle, with a 60-year career of one idea after another, created "Chest of Drawers," a wooden cabinet with twisting tendrils as legs that turn into drawer pulls.

Pursuit of Happiness is a grand finale of fantastical work.

• Anna Lemanski's "Tigris T-1" features a tiger balancing on a colorful ball. To create the tiger, Lemanski built a metal framework, then stitched specially printed paper to cover the form. "With this seemingly joyful work, Lemanski addresses deeper themes around power: the mighty, threatening predator made obedient to the desires of human handlers," said Adamson.

Diedrick Brackens' "a year of negotiations" (woven cotton and acrylic yarn) comes from a series made to reflect on how animals have often functioned as symbols across time and artistic disciplines.

It's unlikely any of our pandemic crafting efforts rise to the level of this collection. But we're not left out. Want to contribute? Share craft stories by submitting a photo of an object of personal importance and telling about it in 1,000 words or less at https://crystalbridges.org/exhibitions/crafting-america/#share-your-story.

"Crafting in America" continues at Crystal Bridges through May 31. Timed-entry tickets are available at https://tickets.crystalbridges-themomentary.org. 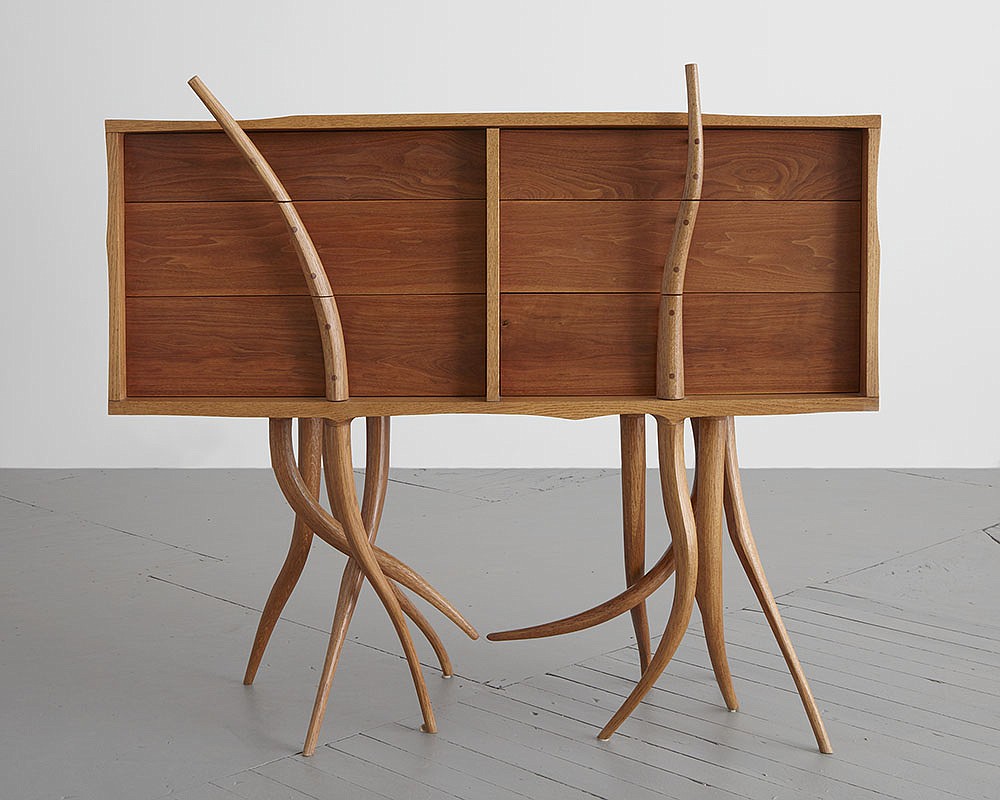 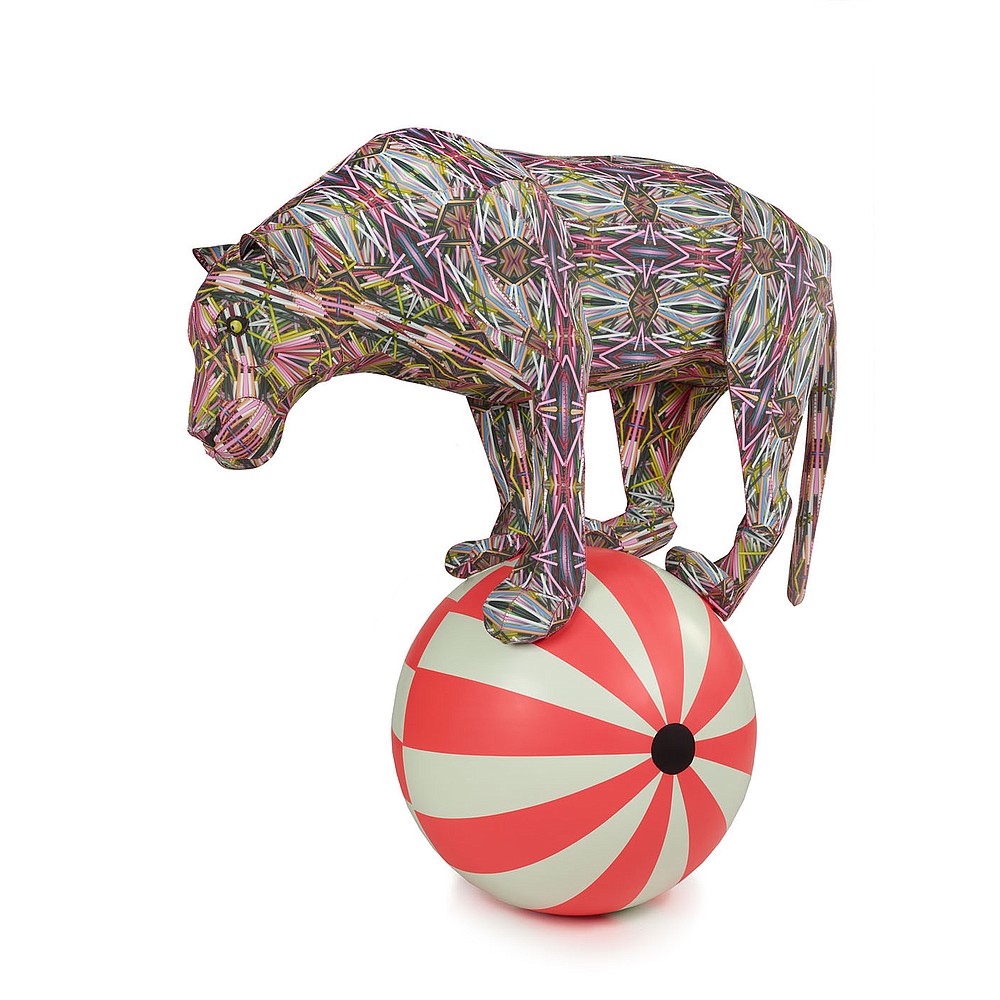