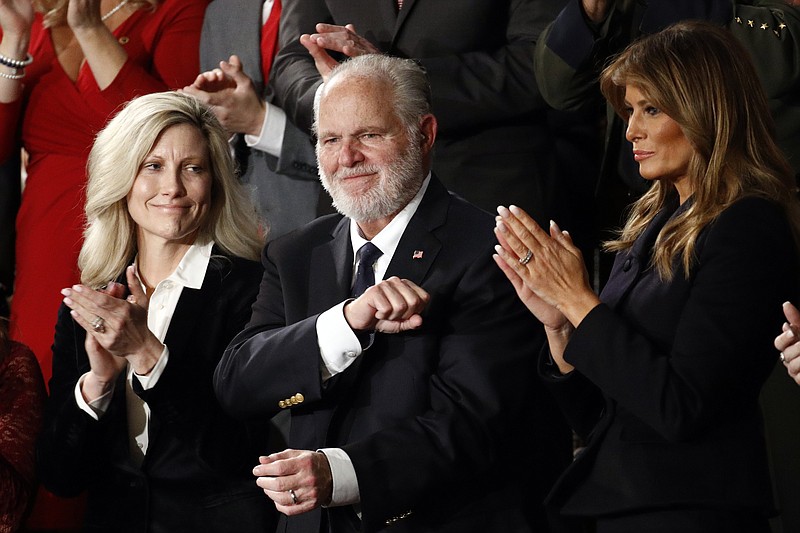 FILE - In this Feb. 4, 2020 file photo, Rush Limbaugh reacts as first Lady Melania Trump, and his wife Kathryn, applaud, as President Donald Trump delivers his State of the Union address to a joint session of Congress on Capitol Hill in Washington. Limbaugh, the talk radio host who became the voice of American conservatism, has died. (AP Photo/Patrick Semansky, File)

Limbaugh's widow, Kathryn, and his family said a private ceremony with close family and friends was held Wednesday, but they did not say where he was buried.

The family said additional celebrations of Limbaugh's life are planned in the future, both virtually and in his hometown of Cape Girardeau, Mo., The Southeast Missourian reported.

Limbaugh died Feb. 17, a year after announcing he had lung cancer.

The fiery Limbaugh was a leading voice of the Republican party and conservative movement for decades with a daily radio show that was broadcast on more than 600 U.S. stations for more than 30 years.